These are not my photos but photos from the Trail Cam I have set up on a trail in the woods. 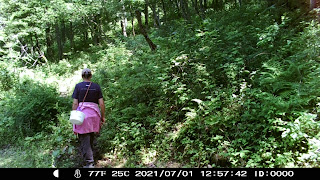 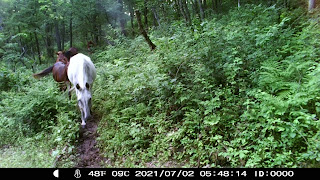 As you may be able to tell, we all use the same path right here. It is the only way around an old oak that fell across the 'ridge road' as we call it. I had someone who said he'd clear it for me. Yeah, that didn't happen. More about that on another post perhaps....

So we walk around it.
I was surprised by the 'critters' I caught coming through here. 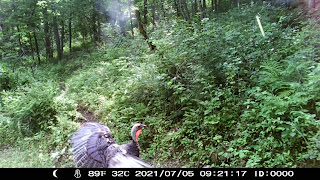 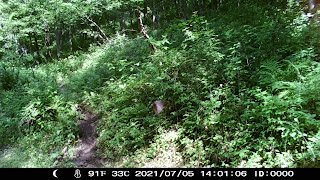 The blur in the second shot is a Robin!
It is interesting too, to see the temperatures on these days. I don't know exactly how accurate the readings are though. 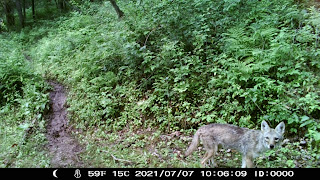 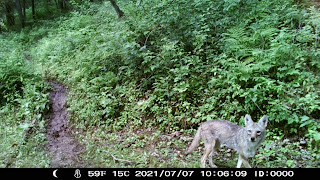 This looks like a young coyote or one that is a bit scrawny. Interesting to see it in the midmorning hours.
And a few minutes later.... 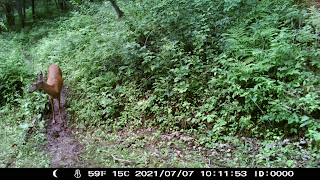 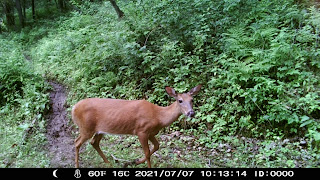 Then I come through with the kids. 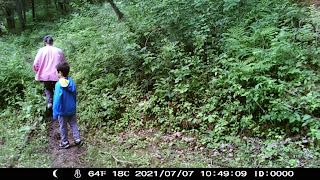 That evening a doe and her fawn pause for their photo to get taken.
I used to have the camera lower on the tree. It seemed that every critter had to put their nose on it to sniff it. I had a lot of smeary photos of globs last month. So many mule and fawn globs!
I think this is a good spot for the camera now. 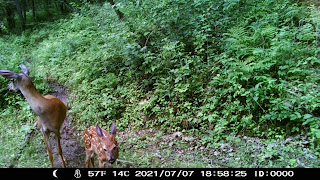 And here comes a nice little buck that we've seen on the other camera. I think it is pretty cool to see their antlers growing. 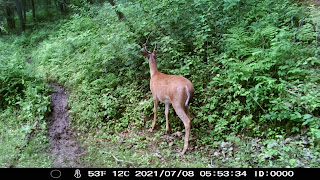 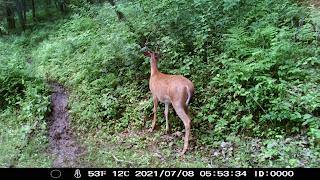 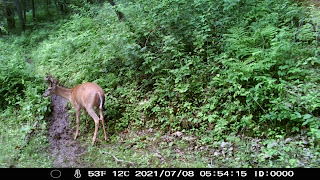 I think this is the same fella.
My old camera only takes in Infrared. That camera is about 8 years old.
It still works and has a good position in the Buckthorn Forest on a very well used trail. 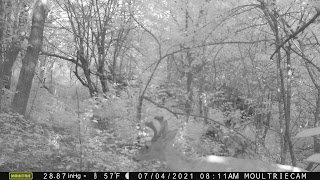 I have an appointment with the young Entomologists today again.

Uffdah. This morning it was like walking in pea soup. The temperature and dew point are nearly the same with humidity at 90 something. My grandma would say that the air is Heavy.

We had an orange sunrise and fog laying across the meadows. The air movement is zero....