That I have never heard of:
Pep Ventosa Technique

Shooting in the round.

So the theory is to 'create' a painterly scene by walking around a subject and taking multiple shots to create a painterly effect once you put all the layers together.

Below is a first attempt with only 4 photos. I used flowers in a vase and put the camera on a tripod with the settings all set up manually.

For each photo, I slightly turned the vases by hand.

I dropped them into an old photoshop program as layers and changed the opacity and blend. Truly, I had NO idea of what I was doing. I used Soft Overlay at 40%, Harsh Light, Lighten, Screen...I tried them all. This was sort of cool.... 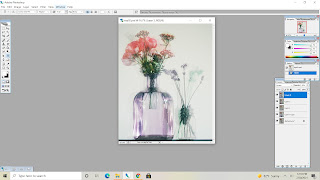 It felt very odd working this up but I went through with it anyway. Experimentation is fun. 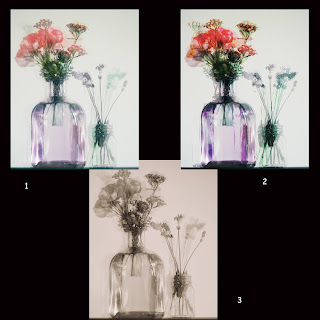 Okay, the results are sort of meh. What if I try it again? 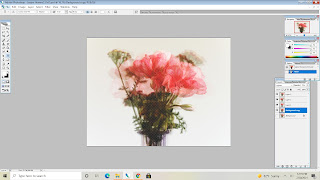 In this one I made the bottom original layer opaque.
Much more 'painterly' and satisfying. I like the BW version as well as the soft colored version. 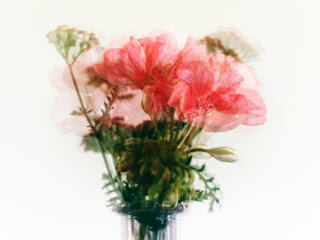 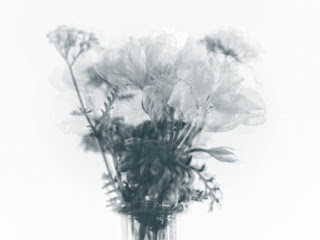 Maybe I'd try some more. 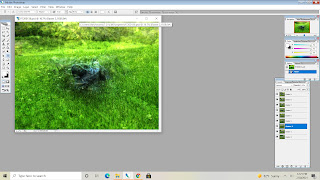 Goodness, I stopped editing at around 9 layers. I cannot imagine doing 20 or so. I think my computer or the old CS2 would blow up and crash big time.
I sort of like this one of the garden dragon. It feels as if I were taking photos of it while it was moving around. Something like double exposures combined.
[Hey that is an idea!] 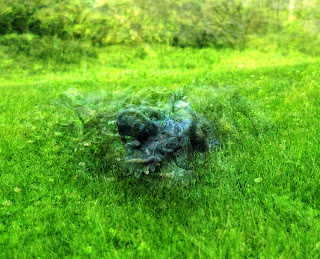 Here is the Dragon on his own in the yard. 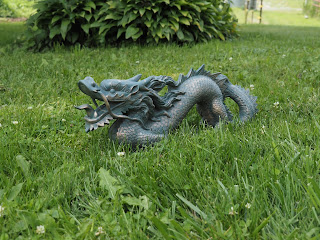 Apparently the Pep Ventosa Technique can include up to or about 100 frames while walking around the subject.
I would like to explore this method more. I have some creative ideas stemming from this method that I may try with Still Life. I've looked up some tutorials and like some of what I see. Not sure it is really my cup of tea, but I can try! Some of the still life suggestions make more sense.
I've also heard it called: Impressionist Photography.
"What grows is a unique new narrative space that never actually happened, where the whole world has traveled mysteriously further than what the camera documented. Part memory, part imagination. Not unlike the way we see."  Pep Ventosa

I think it may be a fun project for those days that I don't have outdoor work to do.
Pep Ventosa Link...
Leavesnbloom
In the mean time...
I'll be out mowing the yard and doing all those other fun things....
Posted by Val Ewing at 5:22 AM
Labels: experimenting in photography, impressionistic, Pep Ventosa, photographic techniques, Still Life, strange stuff, unusual photography