It is all his fault!

My Father that is. He was creative and had a playful mind.

One of the biggest regrets is that I don't have many photos of him. And I realize why. When he first picked up a camera, there was NO such thing as selfies. 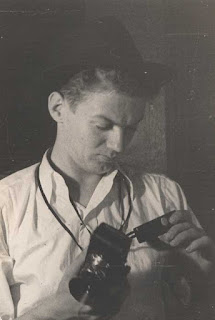 I don't know when this photo was taken or who took it. But there he is with a Brownie reading a light meter. I remember him with a Pentax film camera. He had one lens and it was a long lens. He used to let me hold it and pretend to take photos. Other times he'd have me make a box with my fingers and hands to make a 'frame'.
It was a game we played. I could frame a photo with my hands and we would go over what his light meter said. 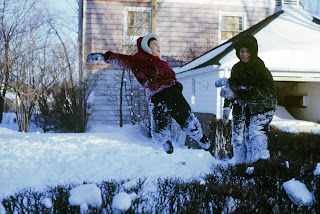 I can't imagine the challenges that he had when taking photos of us kids doing activities. The winter photo could be around 1965 when we had a huge snowstorm. We took turns leaping off the piled up snow into the yard.
The one leaping is me. 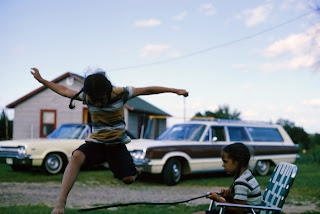 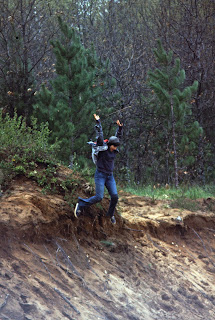 I am a bit less carefree about leaping now.

I often wonder how things would be different had my father been able to learn and own a digital camera. Considering that he had to manually focus and meter most of his photos, he did quite well.

We all loved and hated it when he'd walk around with that long lens of his. I think I was in trouble for something here and had a time out to think. Dad must have gone into another room and captured this through the doorway. 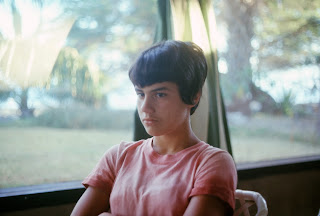 The shot below is from one of the times we rented a house in Puako on the Big Island.
I fell deeply in love with this dog and it followed me everywhere for the month we stayed. I recall crying like a baby when we had to leave.
I think we called him Hero. 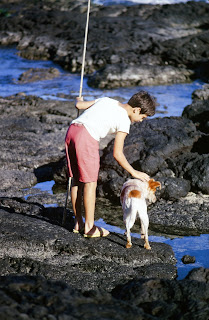 Hero even showed up in a portrait my father did of all the women that had gone on the trip. This included mom, sis, me & Hero, my mom's friend, and my cousin. 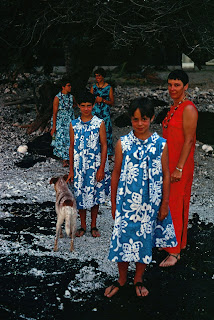 See? It is my dad's fault that I love photography so much.

Probably my dad's fault that I'd like to go back to the Big Island again. So many happy and wonderful memories were created over the years there. 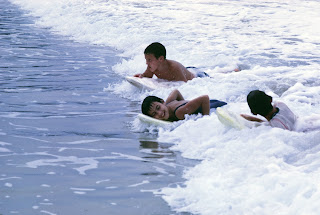 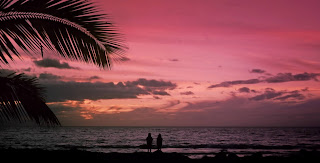 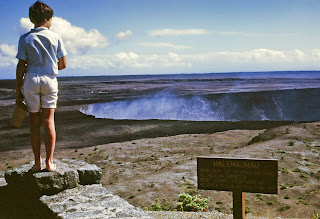 So this past Father's Day had me thinking about Dad and all the cool stuff he enabled us to do with his crazy ideas.
The first time we went to Hawaii, Dad had asked to rent a friend's house he'd seen a photo of.
The friend said sure.
Dad wanted to rent the house for a family vacation. Dad thought it was in Florida.
It wasn't.
But somehow my parents actually made it happen. And we went each summer from 1965-1974.
It was all Dad's Fault.

Posted by Val Ewing at 11:30 AM
Labels: childhood memories, dad influence, dad's photos, hawaii, Hero, looking back, why I like Hawaii