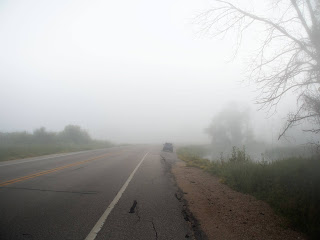 Sometimes I just wake up so darned early. I checked the forecast and saw a little car icon where it looked like the car was disappearing into fog. The first time I saw that icon I thought it meant "Disappearing cars".
I wish I had the icon to show you, it is pretty funny.

The sun was beginning to rise so I hopped in the 'Ru to take a drive to the ridge and see if we had fog on the ridge or in the valley. 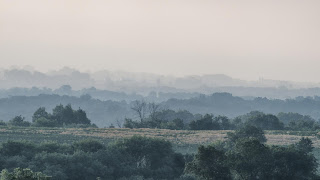 The fog would be in the river valley from the looks of things. So I headed to the highway that follows the Kickapoo. Highway 131 is a twisted curvy road that is in the valley. During floods parts of the highway generally have water over it. On the ridges the sun would be shining, but in the bottom, it would be fog. 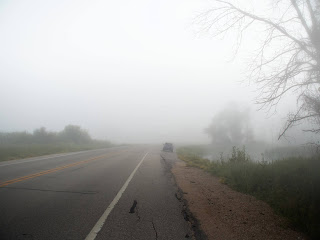 There are very few safe places to pull off on this road. But there is one spot that is wide because the road has been repaired so many times. They put a black top coating on the side of the curve so the water wouldn't wash the shoulder gravel away when it overflowed from the backwaters.

I have always wanted to stop and 'shoot' this particular spot in Infrared during the day and also during the fog times or as the fog was dissipating.

And there I was. 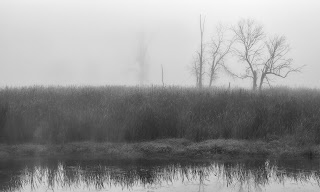 So...yeah, I really dig this old tree that lays on its side! 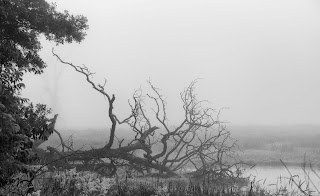 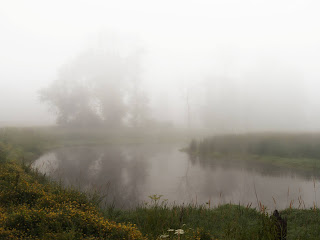 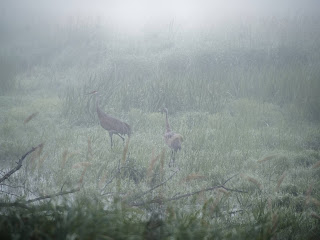 The Sandhill Cranes were just casually walking about looking for food.

I pulled out my Infrared Camera and decided to try a few shots.

The cranes walked around and into the frame! 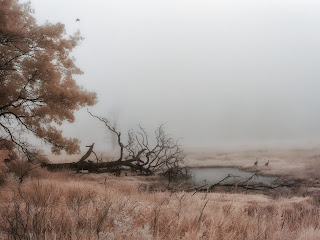 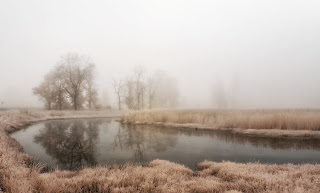 The peace and quiet in the fog was fantastic. The only thing I heard was the occasional vehicle on the highway.
I suppose they glanced at me and just shook their heads. I noted a gravel road not far off that I could park in next time.

I'm looking forward to it.