Yes, I studied for this one because I'd had such good luck with the partial moon eclipse so I thought.

I used a free online app to help me decide where to go. 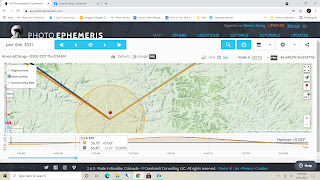 After trying several spots with the little pin, I also used Google Maps to read the height of each of my prospective areas. I knew the rock where I'd shot the moon earlier wouldn't work as there was no clear place to photograph from without trees and a steep drop off.

I drove to the areas at sunrise the day before to scope it out. Lucky for me, there are a few good spots on the ridge yet that allow a decent view. That will change once the corn is 8 ft tall.

I settled on a place that I have used often. I also knew that the owners of the land near where I parked wouldn't get excited when they saw my vehicle there. They are used to me parking near their cattle pen before dawn.

I brought some friends to watch with me. I had a watch party. 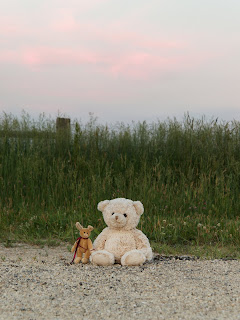 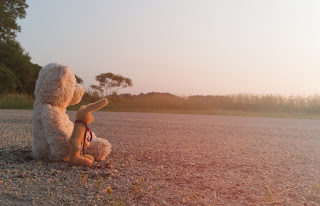 [Well, no one else was willing to get up early and go with me....]
At least they were quiet. I told them not to look at the sun directly. I did grab my sunglasses out of the car but Bear kept dropping them off his face.
Rabbit said they tipped him over. 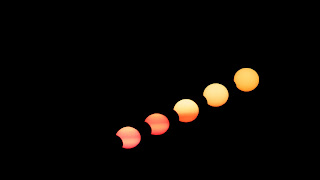 I've always wanted to do a little thing like this...Pointing UP☝
It is a series of shots through a solar camera filter. ND 100000.
The other shots were neat also, as you can see the details of the land where I was taking the photos.
Another member of the audience: 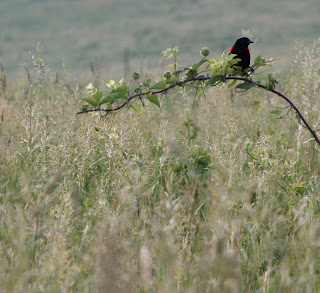 Just above an old homestead. 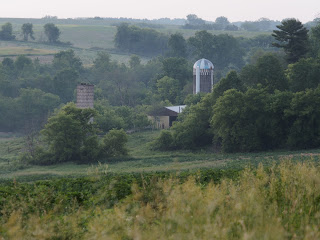 And then what we all were waiting for.
The Annular Solar Partial Eclipse of 2021. 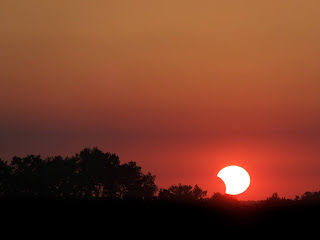 My friends were gleeful and properly awed. 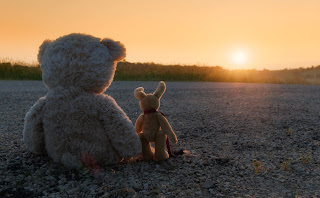 We wrapped up and went home.
It started for us at 5:26 and ended at 5:39 AM.
I am glad I put the extra effort into figuring out where and when I would be and that the weather actually cooperated with me.
Is it too early to plan for a partial Lunar eclipse in November of this year???
Posted by Val Ewing at 4:00 PM
Labels: annular solar eclipse 2021, Bear, cool stuff, partial eclipse, rabbit, stage of eclipse, sunrise