Our greatest strength
lies in the
gentleness and tenderness
of our heart.
~Rumi 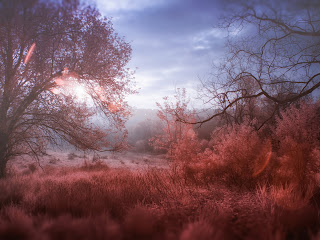 Some days I have to reach out and grab hold of that compassion that I know I do have.

Today was interesting. There was a huge urgency to find a washer to put on the hose that attached to the hydrant. It leaked when he turned it on and suddenly the world would end if we didn't find one.
I said that I would fix it [I did by walking over to the hydrant and unscrewing the hose and then screwing it back on.]
But it became vital that I find a tiny pack of rubber washers.
Rich fought for the words to explain what he wanted. His stroke and some of his other brain issues make it very hard for him to communicate sometimes.
It is difficult for him. Though I generally understand what he wants.
A frenzied search ensued to no avail.
I offered to pick up a new little pack while in town the next time. That would NOT do. Somewhere in one of the sheds was a tiny 'thing' with little red things in it that were for the hoses.
Finally, he was out of breath and out of energy from his Big Hunt in the old shed.
I fixed the hose by resetting it and then cleaned the deck of the mower.
Rich went in to lay down and put on his CPAP with 02. Whenever he is frustrated he lays down for a nap. If his 02 is low, he naps. This is just how it is.
He came out later to put the deck back together. I went to put the scraper away along with a couple of other tools.
When I returned Rich was looking at the mower and the deck with hands on his hips.
I asked how I could help and he quietly said, "I don't...well. It doesn't make sense to me to go back...up...and this..." He stopped as some confusion crossed his face. "I know...this.."
I waited. He studied the mower as if seeing it for the first time in ages.
I asked about the blocks of wood he always used in this operation of sliding the mower deck back on and putting the belt back on. He shrugged. I lifted the deck [thank you CrossFit!] and asked him to slide the blocks in place.
Finally, just about done, he said he needed to climb on board to pull the deck up with the handle.
He was way too wobbly for that so I did it.
Then the rain started and I looked out at the yard. It needed mowing but I guess it would wait now. 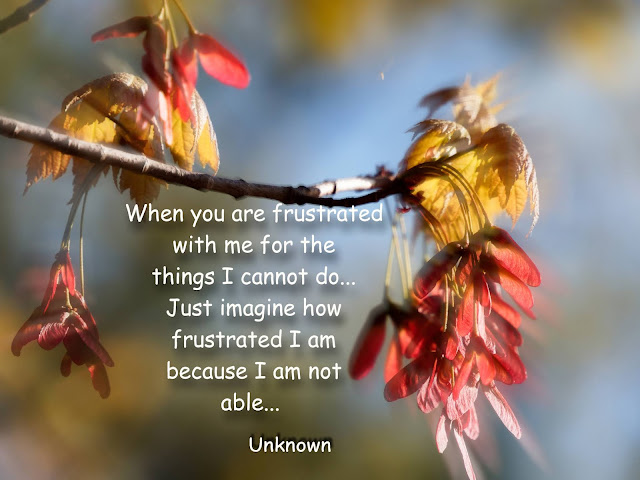 Be tender, be kind. Make each day possible.
Posted by Val Ewing at 4:30 AM
Labels: compassion, farm life, LIfe with depression, living with dementia, memory, tender