I prepared my 'gear' in a backpack and set it by the door with a headlamp. I was going to go watch the Sunrise and Moonset of the blood moon/flower moon/super duper moon from an unobstructed view on a bluff.

I even went through the 'tips' from Olympus on the best way to shoot the moon. I even preset custom settings. In short, I was ready. As I went to bed a huge storm moved through. It came with lightening, thunder, and heavy rain. Charlie came into the room and did some whimpering and it seemed like my morning excursion wouldn't happen.

Rich was convinced that I was absolutely nuts. Who would get up at 3 am and go hiking in the dark just to look at the moon?

Well, I would. At 3:15 I woke up and looked out. It was clear as a bell and the moon was brilliant.

I took a test shot with my zoom lens and was happy enough with the results. It was not crystal clear and sharp as a tack, but I was happy that I'd finally gotten a halfway decent shot of the moon. 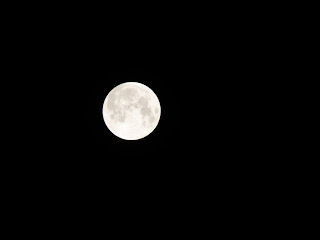 I decided to go for it. I got a large cup of coffee put in the to go cup and patted Charlie on the head.

It was a 30 minute drive through some areas of dense fog and a 20 minute hike. By the time I got to the top of the rock, the eclipse was starting. 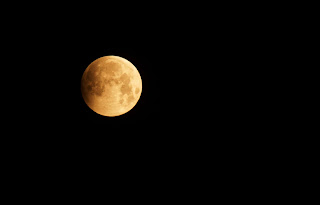 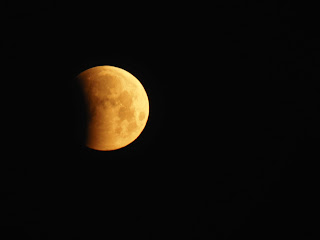 I was extremely happy that I'd set up custom shooting modes. But it wasn't the moon that was so exciting. It was the whole view.

I kept thinking. Wow. Wow. Just wow. I'd take a shot or two of the valley before me and then go back to the moon. 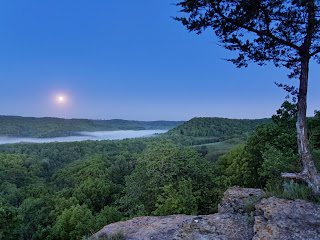 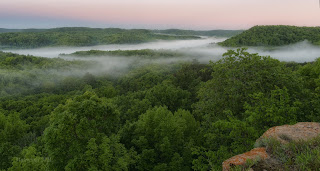 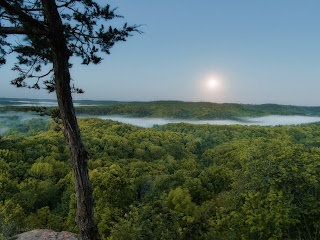 I posted this photo on FB and something sort of weird happened. 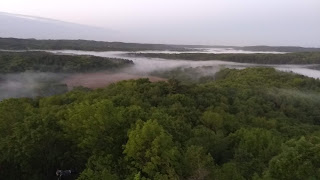 I started getting requests for my location.
I hesitated.
In my imagination, I thought if I gave out the exact location, the next time I went to shoot the fog, or a sunrise....I'd run
into dozens of people with cell phones standing about and others with monster lenses and tripods.
You know, the horrible vision of such a popular place like Cades Cove where photographers line up the night before to 'get' a spot.
A friend told me to submit a photo to the local rag with an explanation of where it was and what I'd done.
I gave him a horrified look.
I said, "Give up my spot? But what would happen if everyone showed up at once the next time I went there?"
He laughed and pointed out that most people would not get up at 3 AM and hike up a difficult and challenging trail in the dark just for a view. He then pointed out that HE had turned me down even though he had wanted to go.
He had a point.
But.
I will not tag the photo with a name and GPS coordinates.
After sitting on the rock yesterday through the predawn hour and watching nature unfold its beauty for me to see? I felt like this was suddenly a special spot I'd found on my own. It felt like I had my own private viewing spot.
And I wanted to be selfish. Is it okay in this world of social media and oversharing to be selfish and want to keep something to myself?
Oh I will take friends there and I will share with them, but not with the whole wide world. 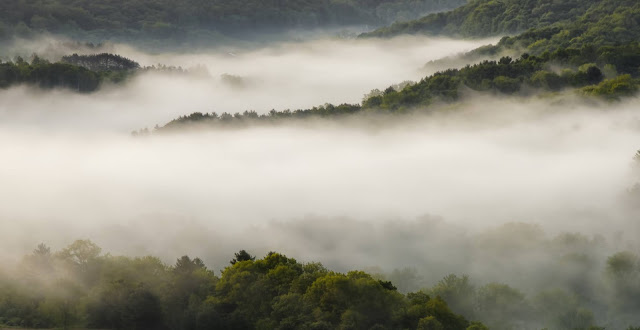