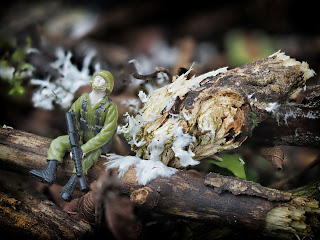 Here is my handy dandy itty bitty soldier who looks like he has been smoking 'grass' sitting next to some tiny white slime mold.

I kept moving the stick with the white stuff on it to try and get a better shot of it. Next time I will remember to drop a dime in my pocket to set next to the stuff I am photographing for a size reference. 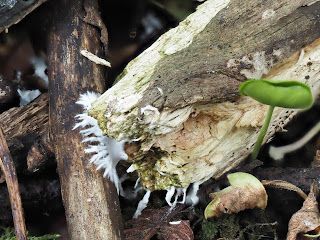 I went back out to the wooded pasture to see what the Shotgun Slime Mold/Fungi had done. It did as its name promised. It 'shot' out its spores which are on the blades of grass. The spores await for the next opportunity to grow. I think this is pretty fascinating. 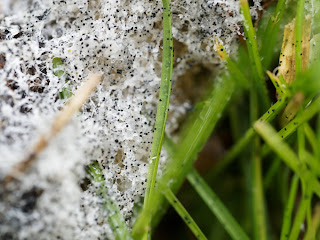 I went looking for the Coral Slime mold/fungi and it was gone! So I guess it did its thing and poof, disappeared.

So I scoured the Buckthorn Forest floor and looked for cool things while checking the electric lines. [Damn deer, knocked a hot wire off the insulator!]

Cinquefoil flower with an ant on it. 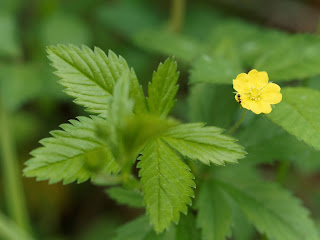 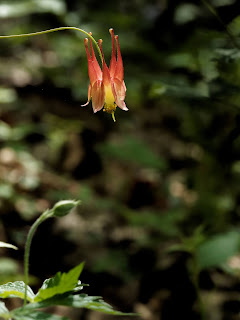 Lady Bug on an invasive species that I happen to sort of like and hate at the same time, Oxeye Daisy. 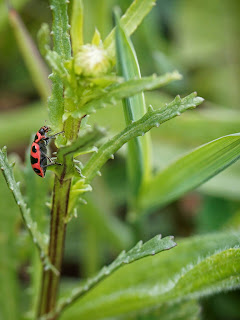 I was really surprised to find just this lone fungi.
Had there been enough rain and humidity? 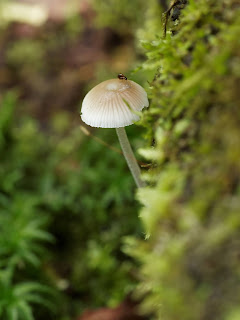 And this was a surprise after not finding other mushrooms or fungi.
I won't even pretend to have any idea of what their names are. 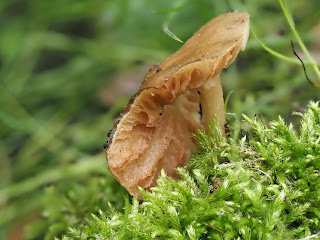