Well, that is ... to well trained mules who don't mind those nasty noisy clippers. 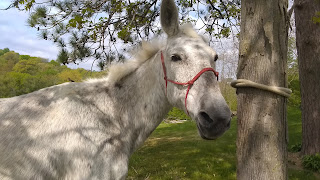 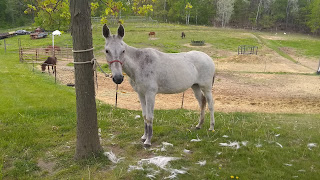 Sunshine.
I'll have to write about my dream I had Saturday night about Sunshine. It was pretty incredible. 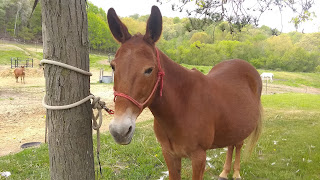 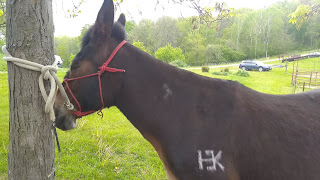 Stunning! However she wouldn't put her ears up for me. She wasn't grumpy, just nonchalant about my kissing at her and dancing around to get her attention. Siera is a cool mule. She likes people but loves to ignore humans unless they are brushing her and fussing over her.
What a prima donna! 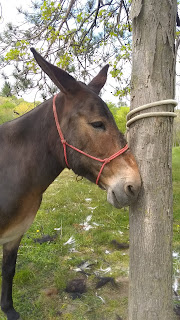 [Siera thinking...ICK ick, ick. I am not looking at her after she gave me that yucky paste to eat. Ick Ick. Phooey.]
I had a 5 gallon bucket full of mane hair. The winter flop manes were gone. The burs were picked out of their tails again.
Onward. I had one full day.