It's about trees, I think

A while ago I read a book that mention the interesting but odd tree or bush if you called Witch Hazel. So I started paying attention to the local trees and bushes on my walks around our gravel roads.

For the life of me I ran across one particular bush or small tree that I could not Identify. It confused me to no end. I looked up Witch Hazel as I was pretty sure that this odd plant had to be it.

I was sure until I was hiking at KVR and spotted a real Witch Hazel bush! 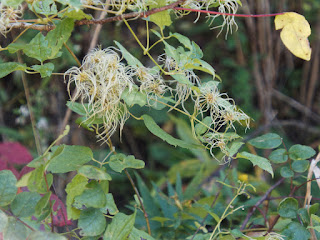 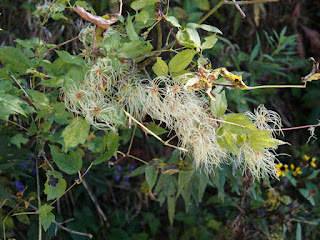 Those strange looking flowers gave it away. It was alongside the trail  crowded with every other imaginable plant.

Now that I know where I can find them, I will have to make sure to go back when the leaves fall and take another shot of them.
The idea of them being so odd makes them something I'd love to have in my yard.

The other bush or small tree that I thought was the Witch Hazel was obviously not one. However I finally nailed it. No book showed it the way I was seeing it. And what plants have catkins in the fall?

A Hazelnut Tree or Bush... 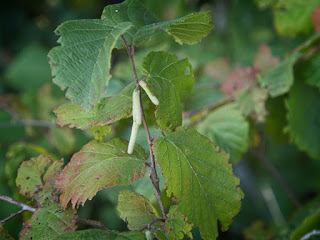 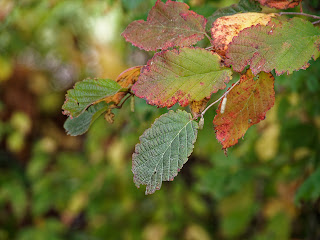 I must say they really are kind of pretty. 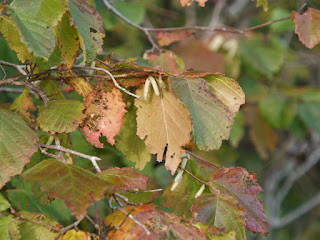 I've counted about 4 of these alongside one part of the gravel road. Again they are sort of hidden amongst many other trees and bushes. But I found them exotic in a way.
They are obviously much different than oaks and maples which also line this road along with dogwoods.

And then finally on my walk Tuesday morning: 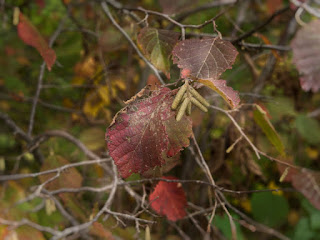 Apparently the catkins stay there all winter. They are the male part of the bush/plant and flowers will appear on the ends of the female branches come spring.

Nuts will appear in the late summer and if a person likes Hazelnuts, they have to get to them before the birds and other wild creatures do.

I know I will walk up there during one of the first frosts or snows and see if I can't get the catkins covered in white! 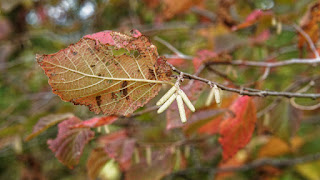 Another favorite of mine, Bittersweet in August: 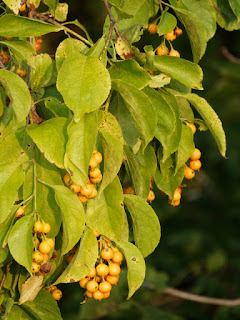 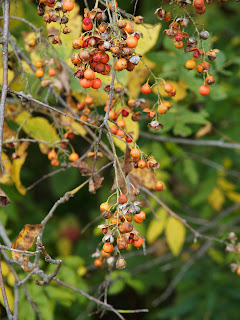 The berries will disappear over winter. 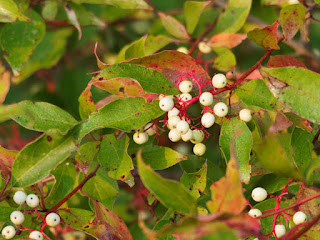 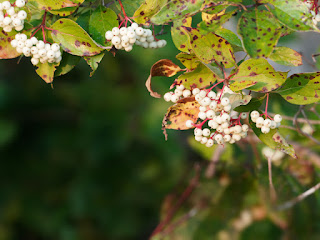 I think I may have identified a pin cherry. But I am not sure quite yet. I need to do a bit more research.

I'm starting to recognize the trees and brush. This was something I never really paid attention to before. But what the heck. Learning is fun.