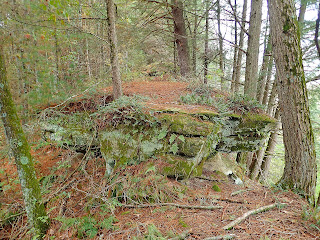 This is the spot where I turned around and headed back alongside the creek.

I found this old fungi carcass ... is that even a proper way to say it? Dried out black old fungi. I thought it would make a good Trick or Treat surprise to gross someone out. 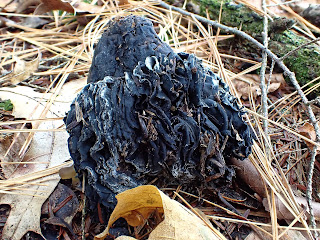 The hike back along the creek was much easier than going up and over. The lichen on the rock faces always stop me in my tracks.
The colors range from pink to green to an aqua color. I have no idea what all of the lichen are called. 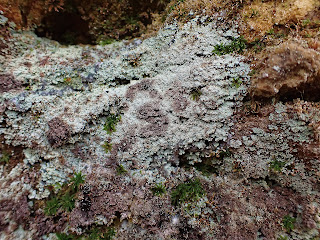 In a few spots there were tiny ferns growing. 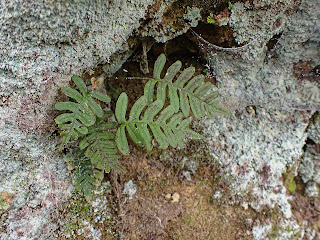 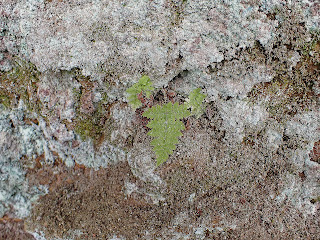 When the leaves fall and the colors leave the forest, I turn my eyes to the tiny things such as moss and lichen.

I will transition from chasing fungi and mushrooms to chasing moss and lichen. [And Ice Caves!]

The beavers of Weister Creek  rebuilt their new home near the rock bluffs until the next flash flood moves them again. 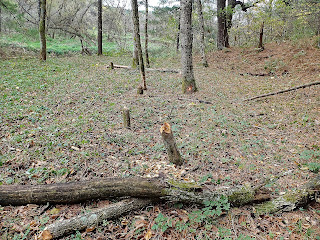 Their work is a sample of ingenious engineering. I didn't get a photo of it as I was sort of hurrying back to the car.

When I climbed over the section of where the beaver dam used to be, I took a detour to see if I could glance down at one of the ice caves.

I got sidetracked by Woodland Russulas...I think: 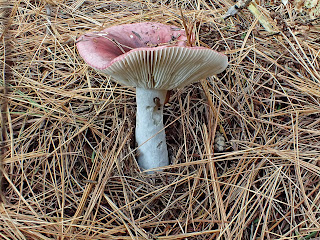 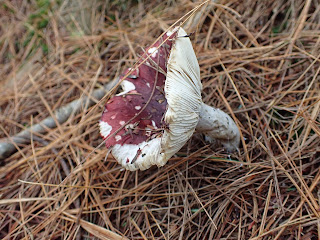 They were everywhere! I could smell mushrooms in the air.

These coral fungi were hiding. The tiny Rabbit is 1/2 inch tall for some perspective. 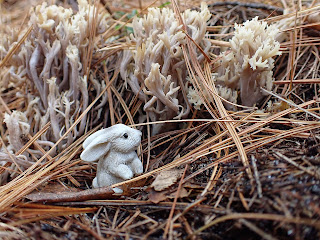 I stopped here and sat in the pine needles. I could hear an occasional vehicle out on County P and I could hear waterfowl coming in for a landing below me on a large bend of the creek.

I didn't want to leave.
I just didn't. 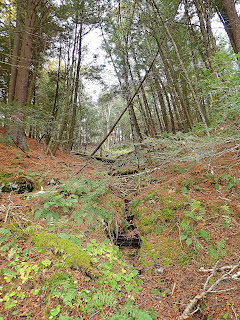 May...be, if I just melted down into the pine needles. I could just become part of the forest. I was sure if I shut my eyes and opened them very carefully, I'd see gnomes an fairies peeking from behind the trunks of trees.

My camera could capture photos of the adventure but not the essence. The smell of mushrooms, pine, and leaves...what sweeter smells could there be?

When I got home I was excited, tired, and relaxed. My mind was still in the forest.

The phone rang and it was my doctor. She affirmed what I'd seen in the test results. Her concern was rather urgent and she ordered more tests for Friday morning.

I don't like the 'unknown' I'm a person who likes to have all of my facts up front so I can look at them and deal with them. I like a plan, I like order, and I dislike chaos. But the human body is chaos.

A bone density test rates your bone mineral loss and the brittle factor so to speak.  It is to assess risk factors going forward. So since I am a very small person, it was no surprise that I was rated with mild osteoporosis  in one hip and a bit worse in the other. However the score for the Lumbar area was out of this world.  Leave it to me to be unusual. You know I strive to be 'different'.

Well huh. I guess that means I need to come up with a plan after the new test results come in. I feel better when I think I have a plan for things. And I do realize that I am not always in 'control' of my world. I would love to think I could be!

I am going back to the forest to Dream... 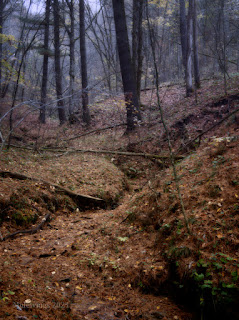 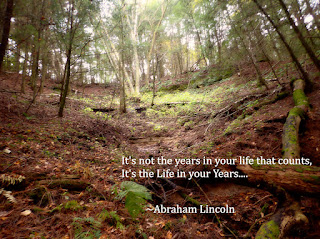