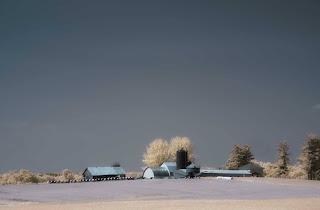 I couldn't decide on which colors I liked
best for this shot. Nothing spectacular but
as least you can see that
there are some neat choices. 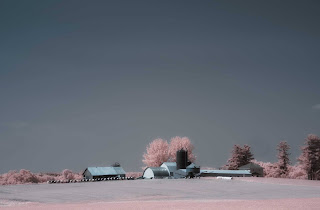 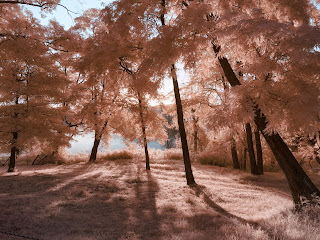 These shots were with my Infrared Full Spectrum camera. And the colors I picked with this filter allowed me to have fun. I love watching the sun and fog mix here. It takes a bit longer for the sun to appear over the trees since we are in a 'hollow'.
Next photo. I was having a rather boring afternoon and really felt the need to 'create' something. I took my tiny dried lavender out and Bang! An idea came to mind.
I put my tiny bears to work sorting and putting dried lavender that I'd sprayed with fixative into a tiny vial I had found in a thrift shop. 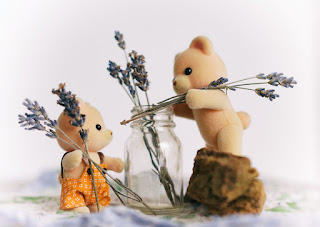 They were very cooperative.

Later on I watched a video by Olympus UK regarding something kind of bizarre and interesting. It is called ICM. Intentional Camera Movement. 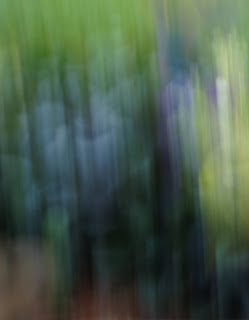 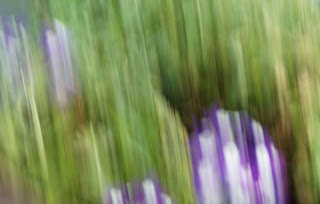 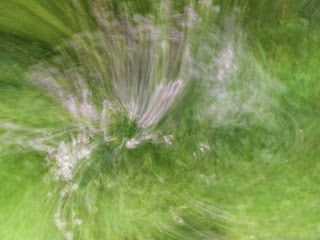 My goal was to create visually pleasing images and in this case not necessarily realism in the way that traditional straight photography is done. More abstracts of color and motion. 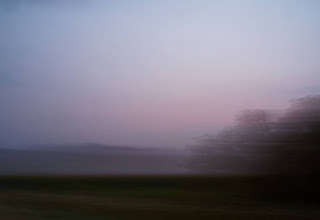 Done with an Infrared Camera at dawn... 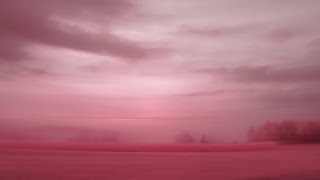 I tried this next with my little pocket camera.
And wow...I really like it.
Memories of self 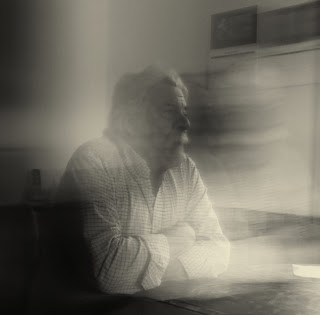 I put was able to get the pocket camera to have a 30th of a second shot with a short delay. I pressed the button and dangled it by its strap for the above photo.

back to my regularily scheduled program...