My Olympus M 1 Mark iii has a couple of cool features that I love. Starry Sky AF. Most Oly cameras have standard options for taking cool longer exposures called LiveComposite.

When using the  Starry Sky AF, the camera seeks out stars and locks in focus! Amazing. I did that Friday night even with the nearly full moon and clouds moving in. I thought I'd experiment for a bit later this year when I'd like to go to the KVR ponds on a clear night and photograph star trails reflected in the water.

Here is a crappy shot of the camera doing its thing, taken with the cell phone. 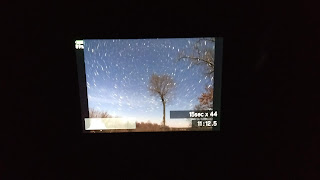 Here is the result.
For camera buffs, the settings were ISO: 1600
f stop: 2.8
12mm lens
Livecomp settings: 15 sec exposures for a time limit of 15 minutes.
Post process, not much just DxO PhotoLab 4 PrimeNoise reduction.
So the Livecomp basically adds any light it sees to the original picture. I really don't know how it works, however it saves me from having to purchase a program and manually stack star photos taken individually. It feels like cheating, but it also is fun. 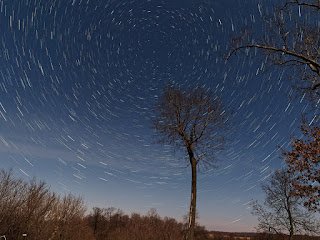 Even with the bright moonlit sky, I got a nice star trail. Nothing exciting, but now I have figured out how to do it.
I took the Full Spectrum camera an Olympus OMD EM 10 Mark iii [entry level and damn fine camera] and set it up without any filters.
I was very surprised at the amount of light the FS had!
Cell phone shot: 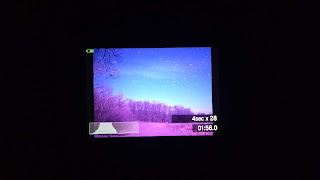 That was the pasture, so I took the camera and pointed it south. 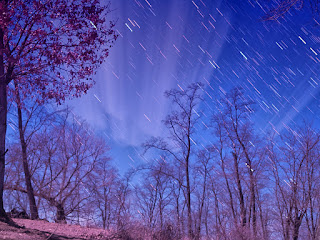 Settings
Manual Focus [I'm not as good at that as I'd like to be...old eyes?]
ISO: 800
f 1.8
25mm lens
Livecomp settings: 4 second exposures for 4 minutes.
The clouds moving through left interesting streaks. I could have desaturated the ground, but just left it as is. Very little noise in this shot!
Again, it could be fun to try this summer on top of Black Hawk rock shooting the Milky Way or star trails!
I lost track of time while out in the pasture. I didn't walk back to the house until after midnight.
Morning brought dense fog and rain. Yuck weather.
I made a huge mistake and went shopping for some things we ran out of. The local Walmart wasn't too bad when I walked in.
I got distracted in the craft and paper section. I haven't browsed crafty stuff in ages and I got sidetracked.
I looked up and saw droves of humans.
It was like a weird social experiment.
Some humans trying to avoid other humans. Some humans standing with masks on chins chatting. Some with masks on properly chatting. Others with their noses poking out and glaring at others.
And some humans just ignoring everyone around them.
I got the heck out of there but felt queasy standing in line waiting for a check out station.
I used to have a rule of Never shopping on a Saturday. Damn. I won't break that rule again for ages!
I like doing still life photography but got a bit bored with the choice of layouts. I picked up some paper to use as a back drop. I'd seen an ad for Replica Surfaces and I thought ... Wow great! I could use those!
Yeah. Until I saw the price tag. I searched around and in some cases other surfaces just like that were up to $69 for one foam board with a pattern on it!
So my side trip into the craft section netted me this. Craft paper with patterns on it. 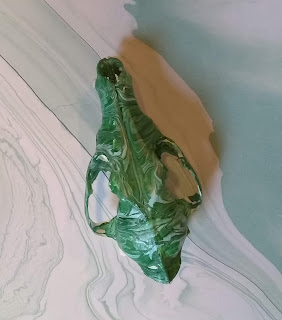 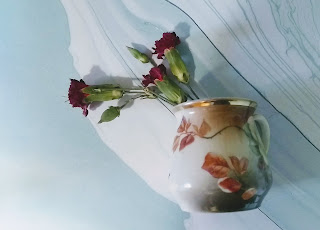 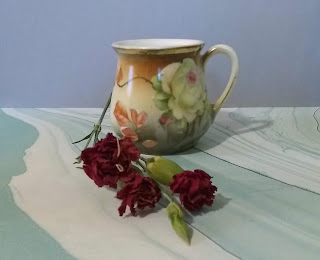 Cell phone photos. The first two are lay flat and terrible lighting. I did those while cooking. The last one is a patterned paper on the bottom and one sheet taped to a board for the back.
The items have to be tiny as the paper is only 12" by 12".
Well, $5 is better than $69 right? I have about 20 different colors and patterns to use. Now let's see if I can get creative.