Each day is different. I can at least say this. My life with my husband has never been boring.

Yesterday his daughter and the grands came. I had some errands to run and they had volunteered to do some work around the place that I hadn't gotten to because of things being a bit crazy around here.

They cleaned out the round pen while I was in town. Rich had taken a short nap and then decided to work with our new pony 15.

I had told Rich that he didn't need to speak well to work with 15. She was kind and gentle. I rarely speak to the animals I train except when I am teaching a simple verbal cue.
An animal will pick up on your body language and observe you closely.

Rich began to work with her. His daughter later told me that it made her very nervous and she didn't think he should be in with the pony.
15 did an excellent job responding to him. I guess his audience was quite impressed.
Rich had told me that he couldn't do it, he couldn't work with 15. I asked him why and he shrugged. He just thought he couldn't.

I explained that a horse doesn't judge a person's language, a horse can take its cues from the human body language and tone of voice. It is not the spoken word at all.
And besides, he feels worthy and like he is accomplishing things when he works with 15.
15 has a very laid back demeanor and a gentleness I have not often seen in any kind of equine before. Badger was like this.

Rich feels more in his element while doing work with an equine.

Horse/Equine work, it soothes the soul. 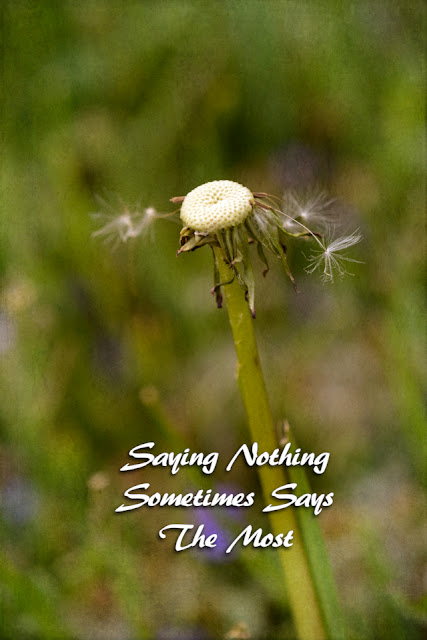