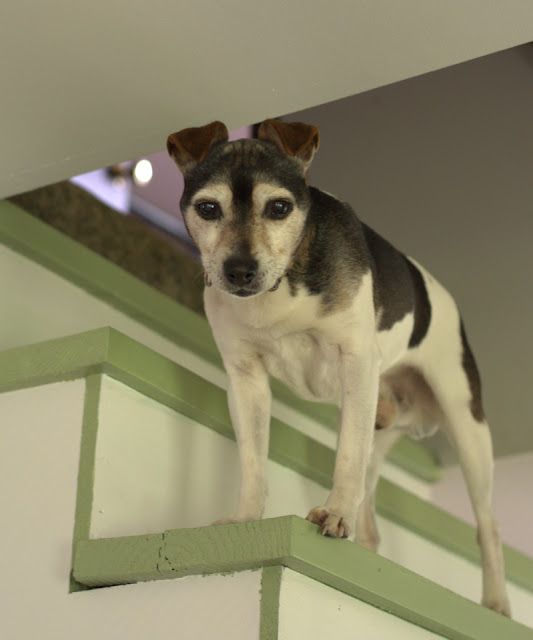 Mr. Silver Face had two incidents in the past week that caused us concern.

I was walking with Morris in the summer pasture and squatted to take a photo of a dandelion.

When I stood up, Mr. Morris was nowhere to be found. I called, I walked around, I called.
Then I yelled quite angrily because I figured he was messing with me.

After about 15 minutes of hollering for him, I decided that he must have got it in his head to go home and wait for me. However that didn't make much sense as he didn't like to go under the electric fence by the gate.

I jogged home.
No Morris.

I went back to the meadow and walked around.
Now my calling for Morris sounded pretty scary. I was getting afraid, then angry, then afraid again.

I walked back to the gate and stood.
Then I headed back down the grass lane towards the house.

I turned around and here came Mr. Morris walking slowly behind me.

"Where were you?" I asked really peeved. He dropped his ears and walked slowly past me. I reached out and picked him up.
"You had me worried!"

He just looked at me.

I forgot about the incident until yesterday when it happened again.
Rich was standing on the porch and Morris was on the west side of the house sniffing around down near the electric fence. It was part of the yard we still had to grade and reseed from the mess of remodeling last year.

I was digging up a section for flowers next to the house.

Rich and I were talking about the rain and how wet everything was. Then he asked me where the dog was.

I looked around.
No Mr. Morris.

I called.
He called.

We started walking around the house thinking he'd gone into the shed where the hoof trimmings from Saturday were still in a pile. He wasn't there.

Suddenly I heard Rich call my name and say, "Found him!"

Rich had a concerned look on his face.
Morris walked slowly towards the porch sort of in a vague manner as if the porch was his destination but he wasn't sure how to get to it.

"I think he had a stroke or something," Rich said. "He was under the fence in that tall grass and it was like he couldn't get up and then he ..." Rich made a motion with his hands in a circle. "He went 'round and 'round. He is not okay?"

Morris walked by me to the door and paced back and forth. I checked him over. He was wet from the wet grass and otherwise his eyes looked clear and bright.

I let him in the house and Morris went to his crate and curled up with a sigh.

Last night Morris got the red carpet treatment from Rich. I caught Rich petting him while we sat on the couch and tried to watch a program.

Halfway through Rich commented that too many things were going on and he didn't understand the story.

Morris is following Rich around the house today. This morning I watched as Morris lay by the door to the bedroom when he heard Rich stirring.