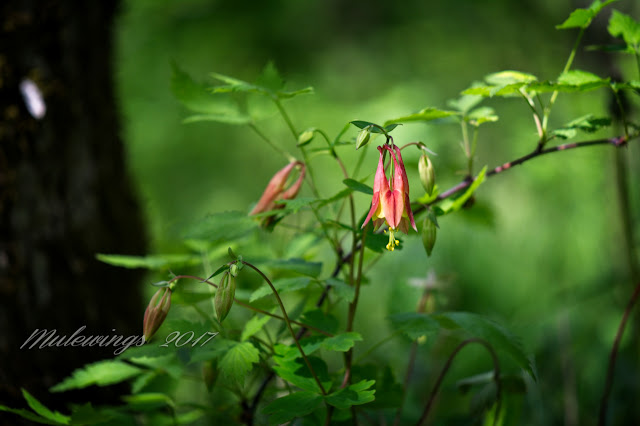 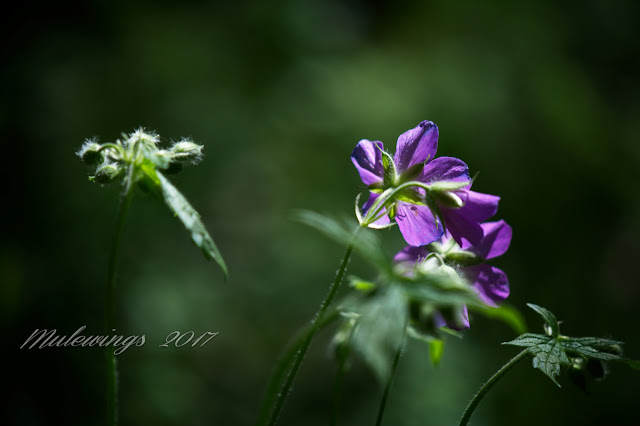 A quick walk in the woods with Mr. Morris the other day during a brief hour or so of sunshine revealed another change in the woods. 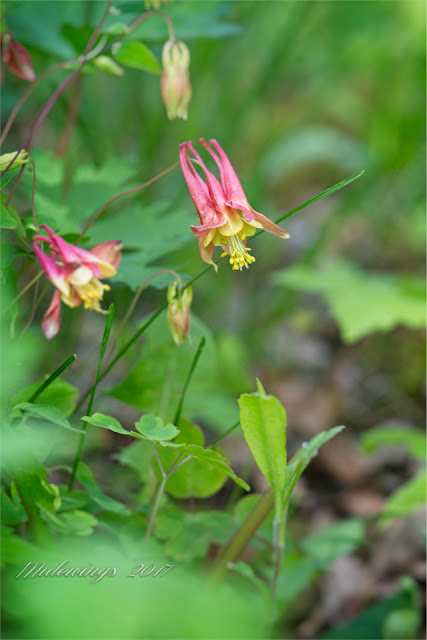 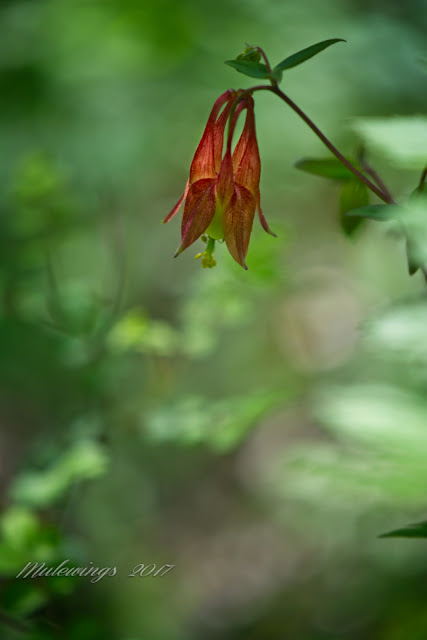 Morris and I moved along at a quick pace. At one point Morris went off somewhere by himself. He normally doesn't do that, but now with the greenery in the forest much taller, I have a hard time keeping an eye on him. 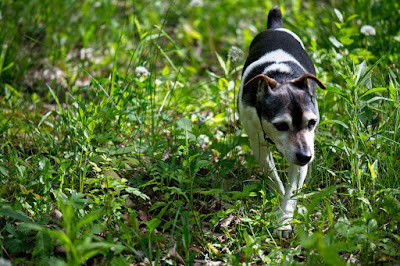 I found the May Flowers blossoming. It is no mean trick to get down under those leaves and get a shot though. 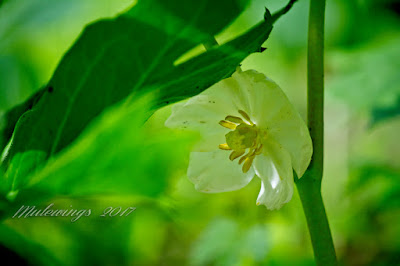 Yesterday was more of the cold wet monsoon season. So after morning chores I came in and dried out. Then I set some things up in The Creative Room and thought I'd try a bit of Still Life.
I hadn't done any of that in a long while.

I experimented with a speedlight as if was so dark anyway that I'd have to add light one way or another. 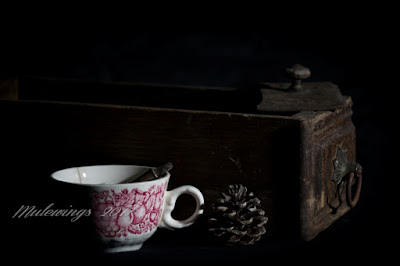 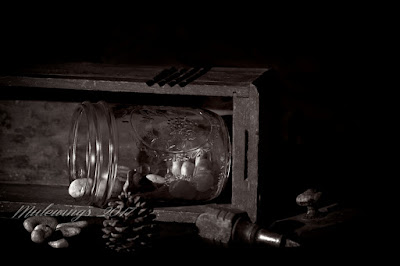 I then decided to move to the kitchen and wake up my husband. He'd been resting after a rather few very busy days.

His work gloves caught my eye. 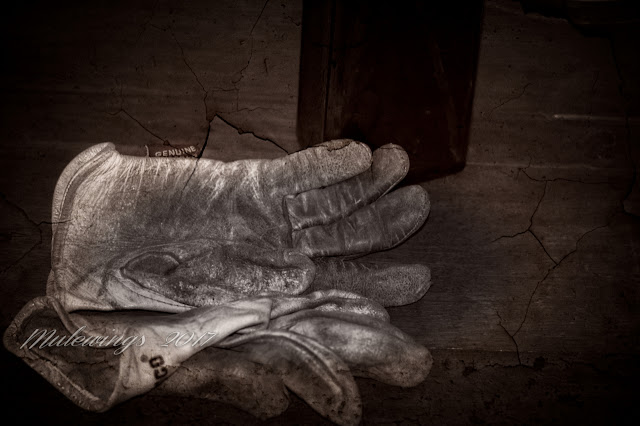 Particularly the ... tag that says "Genuine". 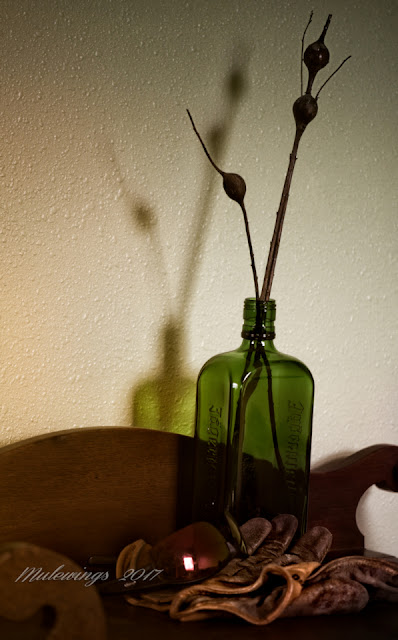 Today is lined up to be busy also despite the rain that is to come off and on.

The farrier is coming to trim donkeys. As soon as it is warm enough again, all donks are getting baths and haircuts. It has been a wicked winter and a mucky spring.