We had a great sunny morning so I decided to take off with Charlie and go to the creek to take advantage of the low winter morning light. Most of the day parts of the creek stay in the shadow so some parts of the creek freeze up quickly with cold temperatures.

I have a list of to do's before I can take off to go visit my son for a couple of days, so I thought I'd take an early morning walk to clear up my thinking.

Charlie was on a mission, he charged down the trail as if he knew exactly where I was going. He only stopped when I turned to step over the fence to the neighbor's side. He followed and then found the deer trail down into the creek and up the other side.

I followed so I could take a shot from the higher bank on the opposite side of where I normally shoot this little spot.

I set things up quickly. 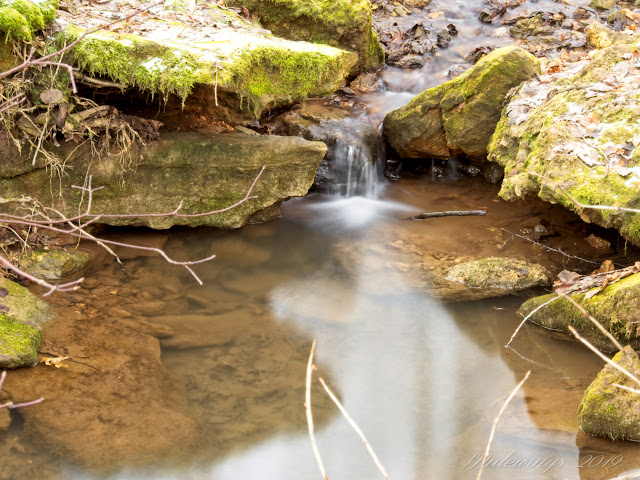 I took a shot of the upper pond. It is hard to explain but over the years the boulders have tumbled in such a way that there are two little ponds with tiny falls in them.

Charlie sat next to me on the bank and just waited.

When I said let's go, he led the way. 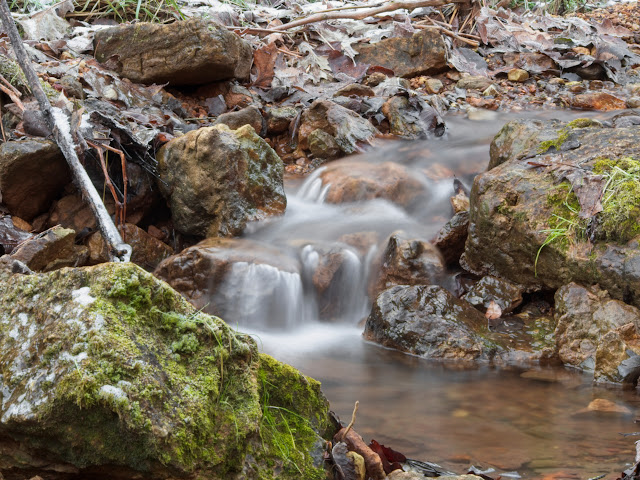 I made a few quick stops to take some shots to make a comparison to earlier in the year. 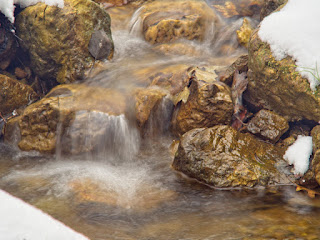 Somewhat the same spot right after our
November 6th snowfall.

One of these times I'm going to have to take some spray paint and mark 3 dots in one spot and use those painted spots to take the same shot in all 4 seasons.
I always think I can eyeball it and recall how I shot it previously, but obviously I can't...not very well, at least. 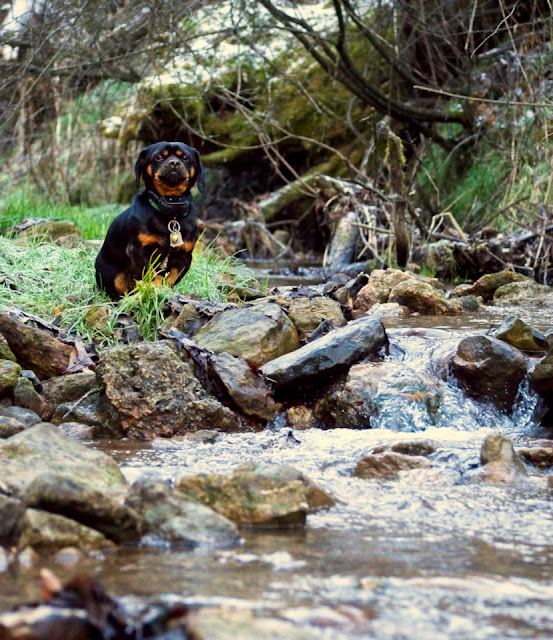 I went to take a shot of these mini falls and noticed that Mr. Charlie was sitting on a rock watching. He'd been doing this off and on the last couple of times we hiked together.
I stop, he stops.
He waits. 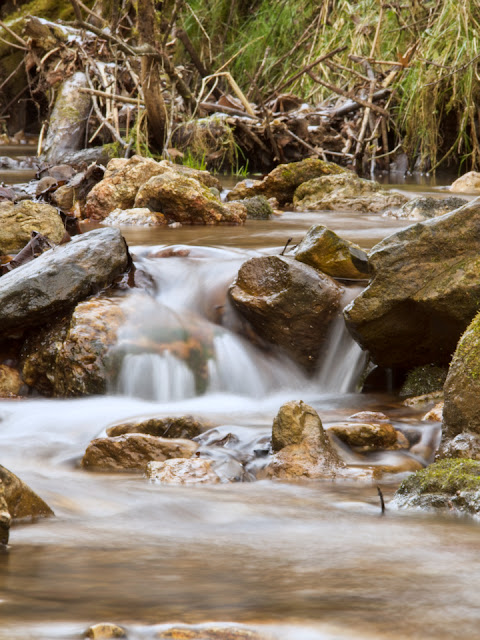 I did get a nice shot and then turned to look at the place that normally has some rather exotic ice formations on the grass. 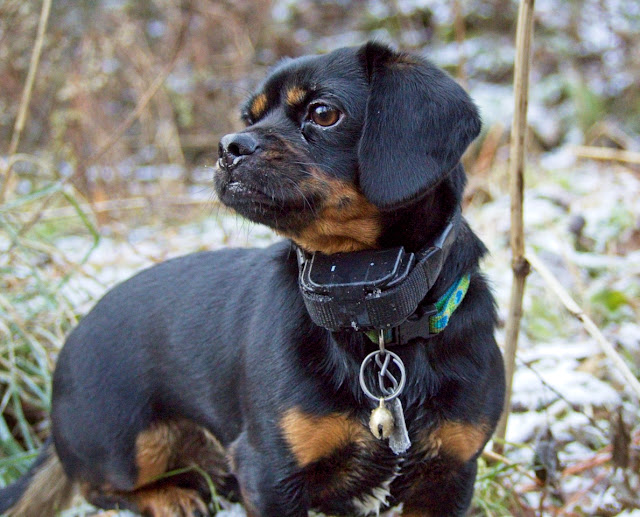 Someone who saw this photo said "Oh look at Charlie! He wears hearts on his chest!"
Oh Charlie.


I'd like to think he is filling Mr. Morris's paw prints of becoming the Photography Assistant.

I know it isn't real. But hey. Charlie watches me just like Morris did and when I gather my camera case, he is ready to rock and roll.
And now he is willing to sit and wait while I fiddle around.