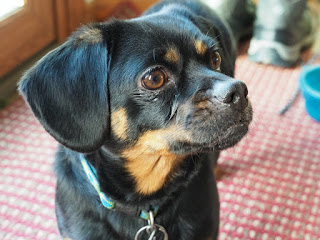 Charlie had his first L...O...N...G car trip. At first he was nervous and did a lot of whining.
Charlie doesn't like bumpy roads. He stands up in his car seat and peers at the road and then me as if I could change the bouncing he feels.

He gets concerned over stop and go traffic too. He placed his feet on the console between us and tried to get as near to me as he could. I wasn't very nice, I pushed him back into his seat. He does have a harness and is tethered into his seat but apparently IF he really wants to he can stretch out of it.

Otherwise he was the perfect little traveler. He just gave me sleepy eyes once in a while and would 'navigate' for a bit then lay back down.

We got to my son's house and Charlie got reacquainted with Teslin. He is quick to understand that she doesn't want to play and would rather ignore him. He is fine with that.

Fun things we did:
Ikea. I loved that store and found a fake fur pillow cover for Charlie as a gift.
Rich loved the seat cushions I got!

Eating out at the Noble and meeting Amber. What a fun person!

Saturday was just as great.
I'll just let the photos do the talking.... 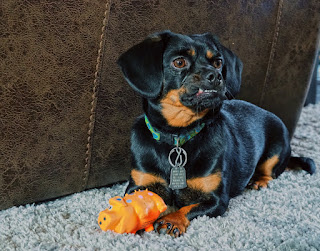 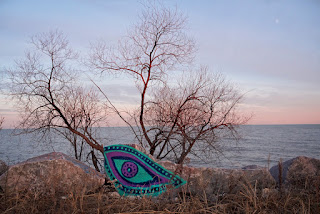 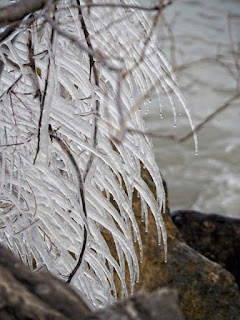 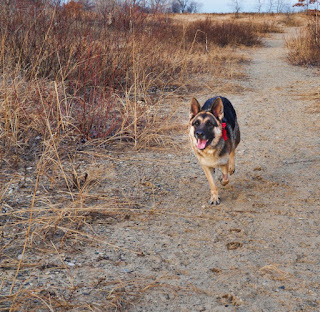 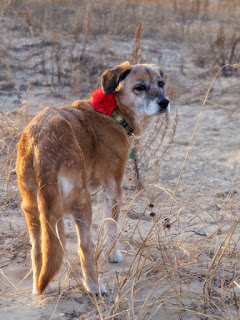 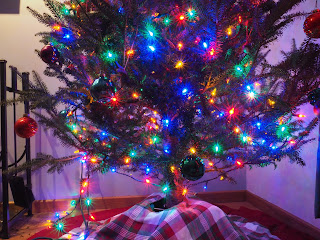 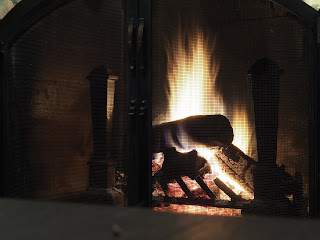 Charlie met this young German Shephard named Shark. She is Amber's young dog who is full of boundless energy.
Charlie was pretty sure that Shark was going to eat him. Shark wanted to play with Charlie and Charlie wasn't too sure about that.

I think if Shark and Charlie had a few days to get used to each other, they'd get along just fine. Charlie loves to play but has never played with someone like Shark who is very vocal. After all, it took Charlie and Teslin about 3 days to get their pecking order figured out.

However by the time I took this photo of the fireplace, all dogs were sleepy and calm.

I had a perfect get away weekend. 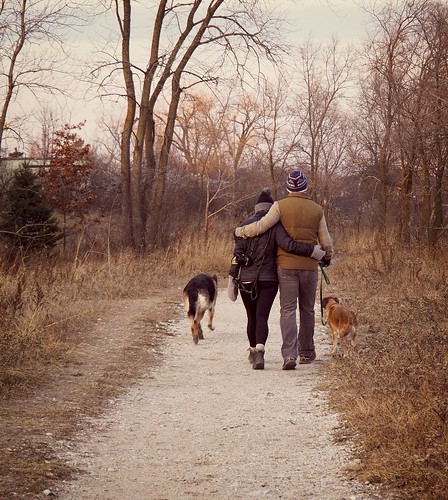