Thinking in Black and White photos

While hiking with Charlie between storms, I took this shot. It was overcast and gloomy but the yellows and greens were nearly glowing. 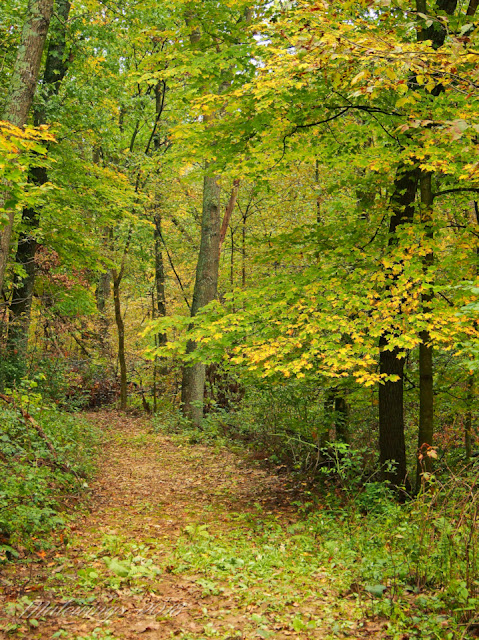 This is towards the back of our property almost to the fenceline. It is part of the refreshed trail that Jeff the Bulldozer man did for us.

I could have spent the day just gazing at the colors and the leaves. Charlie was following raccoon trails, and I spotted a couple of deer. Inside the forest it was nearly too dark to take a photo. 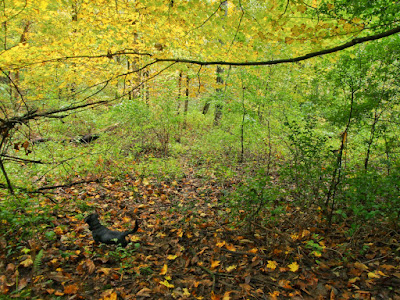 Charlie is in the lower part of the shot. 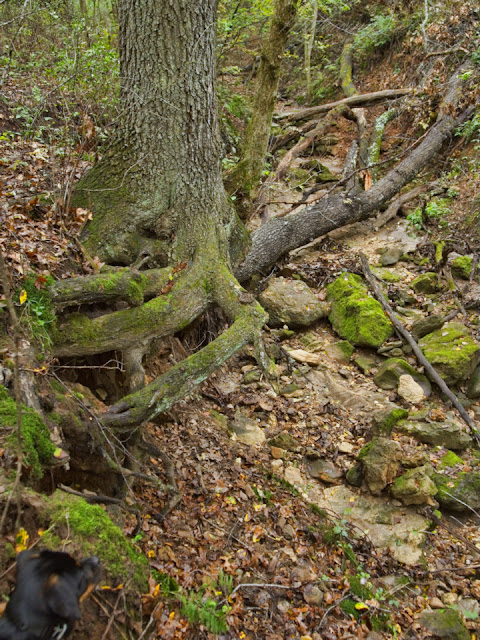 We visited the Gnarly tree with the cool roots in the dry run...

Anyway, when I got back home I opened up that first photo and decided to make it a painting. 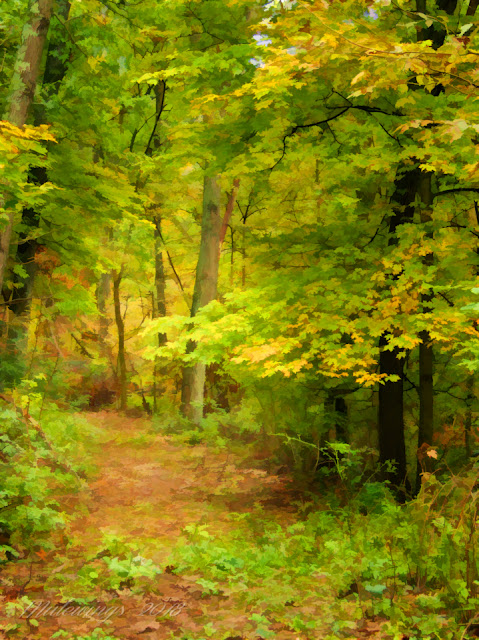 I love the softness of the lines and bright colors. I could see this on a wall mural. I'd walk right into it...

So I decided to see what would happen to the same shot in black and white.

I posted the Before shot to my Flickr account and a pal of mine mentioned that it could be more interesting if worked with a bit.
So I looked up a tutorial for an old photoshop program and worked with it. 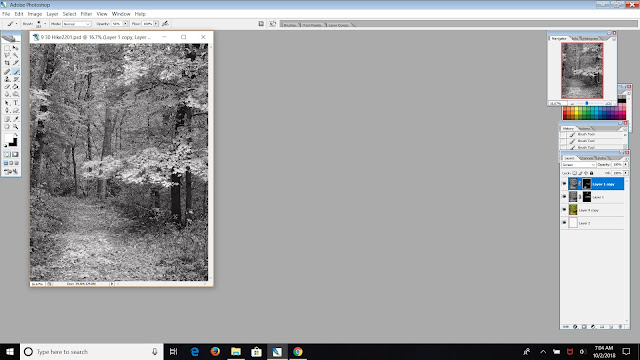 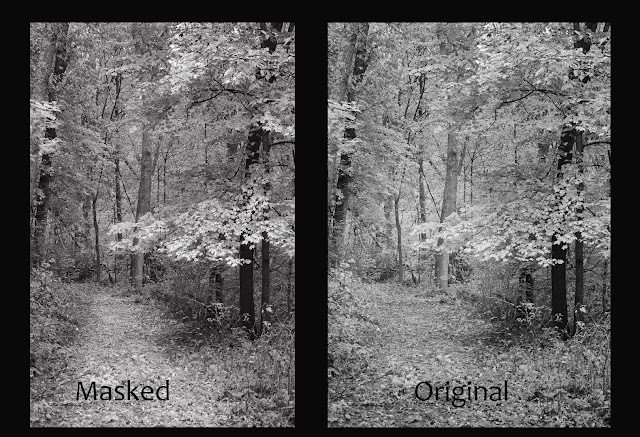 I think the 'masked' version has more depth.

So I went one step further and looked for tutorials for the ON1 program I use.

I came up with the following: 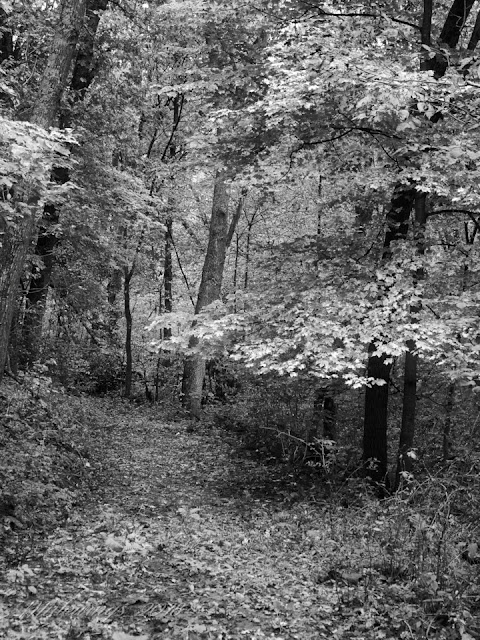 Here is a photo from last year. 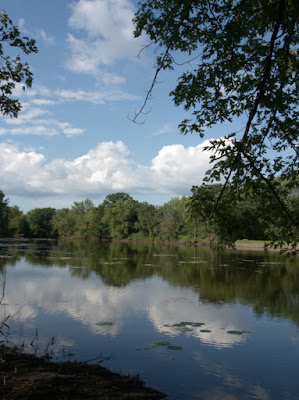 It is a nice pleasant shot of Black Hawk Park near the Mississippi River. The clouds were beautiful and the reflections quite nice.

I looked at it when I reviewed photos, but it didn't 'wow' me at all. There was nothing here to make me take a second look.

After watching the tutorial I went back and looked for photos that could be good contenders for black and white conversion. I needed good contrasts. And now I know that skies with white clouds do provide that. The color of the shore in the above photo annoyed me when I took it and cropping it out didn't really help.

So I took this shot and worked with it.

I cropped out the bottom so I wouldn't be annoyed by the shoreline. There was some mild adjustment to straighten the horizon and then I set to work. 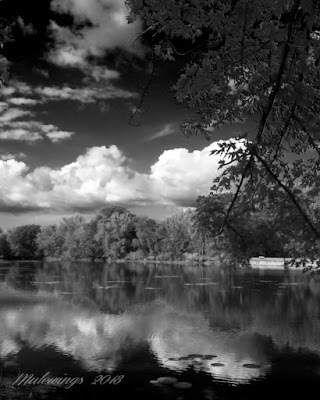 Oh but darn those leaves look nasty in the upper left corner...
this isn't what I really wanted...
back to the drawing board...


It qualifies for the gray gradients and the lack of color actually helps accentuate the clouds in the reflections. That part of the photo worked out well.
Darn some of this black and white was harder than I thought!

Here is another example of that day of fishing that I never did anything with....
The black and white includes using some cropping and straightening ~ things I learned about while watching the judging and going to the Camera Club meeting. 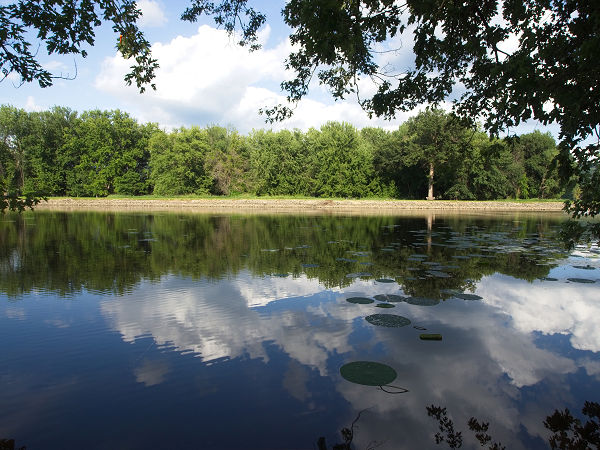 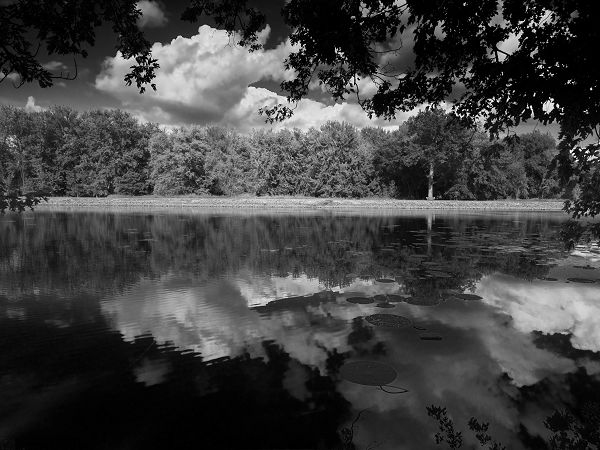 Note to self, that tree across the way should be moved to the right a bit? 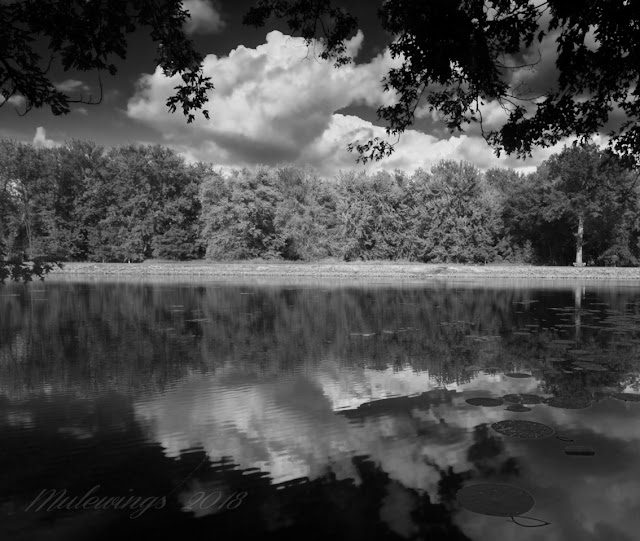 Last note. This is nice, however the rules of 'judging' require that shorelines and horizons do not cut through the middle of the photo.
So I will continue my learning...

After all, Winter is coming. That is when Black and White photography is almost a no brainer. After the snows come, the world essentially is white ... and black. 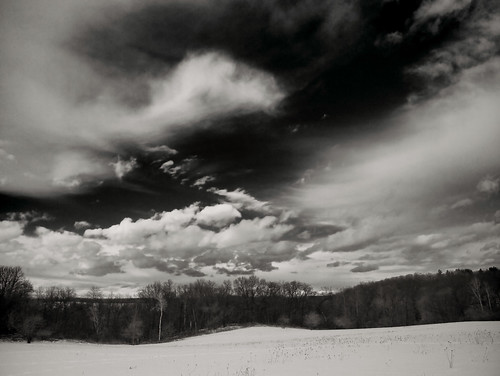