I started doing photography and felt that every photo just had to be perfect and straight out of the camera as I saw it.

I joined Flickr and started seeing other photographers doing editing and other things to photos, I met those who did abstract computer art, and... suddenly my world started to expand.

I began to learn the basics photoshop, GIMP, and other programs. I tried most anything I could get my hands on. Yesterday I came across something in my searches called 'Paint with Light Effect'. I decided to check it out.
I'd done Painting with Light at night and had a lot of fun. However, I don't often go out late at night and do photography. 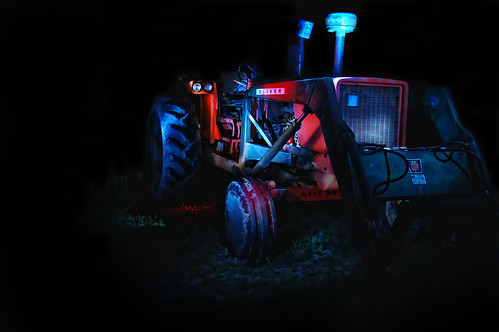 It has been fun, and so I wondered what this new Painting with Light was.

However, it was not what I expected. It was painting light within a photo to dramatically change a photo.

I happened on something called the Briscoe Lighting Effect.

Tony Kuyper covers this in his WordPress blog and has a short video regarding the method that uses CreativeSuite by Adobe. I can't afford the CS by Adobe and I don't like 'renting' a program and paying for it monthly.

I started using ON Photo, the free version after Adobe went to a pay monthly fee. I kept my version of CS2.  I eventually went for ON1 RAW and I like the program. I own it and can upgrade if I want. It is a bit easier than CS, but it is not as creative.

All that gobbledygook aside, I thought I'd take some techniques and try to use them in ON1 RAW.

Here is the original photo: 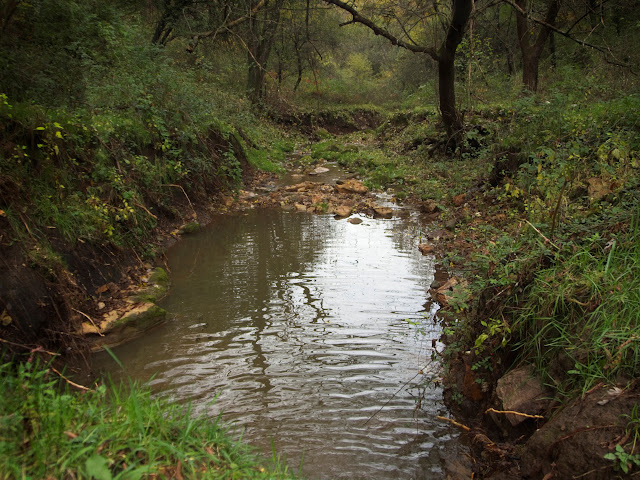 Pretty boring isn't it? This is not what I imagined it to be as my eye saw the sunlight just barely coming in from the far side of the stream.

I also wanted the photo to have a dreamlike quality to it. 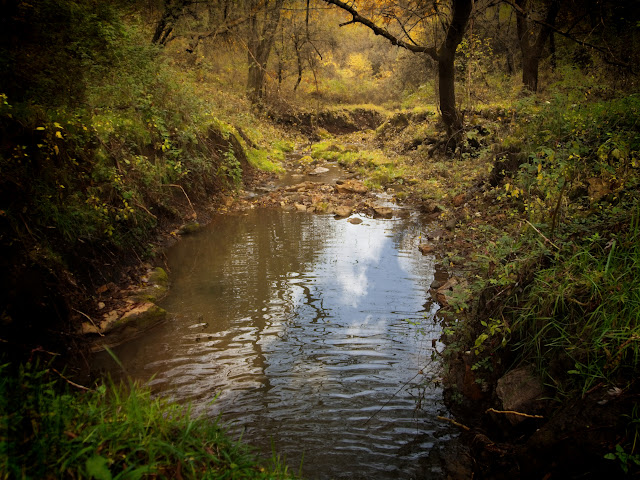 After a lot of missteps and start overs, I stopped here. Yes, this is what I wanted.

I edited the specific colors in the far end of the stream. I also used a texture layer to darken the sides and one more cloud layer to put the reflection of the sky in the water.

It isn't realistic, but it was something I saw in my mind's eye when I took the shot. 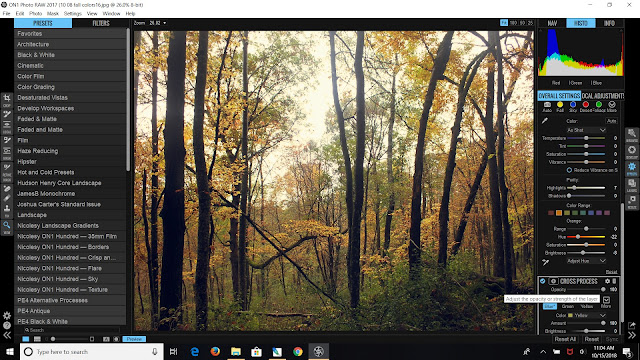 Here is what the ON1 editing program looks like and why it is SO easy to work with.
No, they do not pay me to talk about their programs.

I'd met someone recently who had told me how lost she was when using CS/Adobe Elements and layers.

Here is ON1 with the same photo, but I am editing it to be a black and white photo. 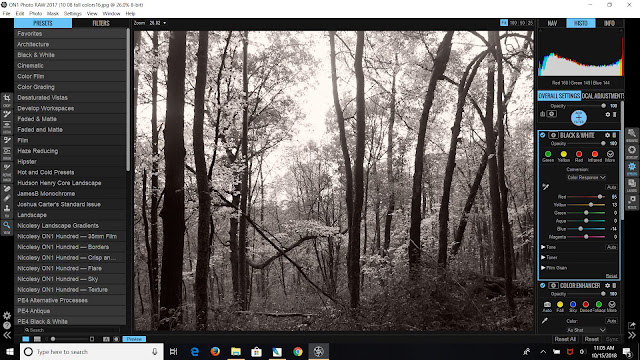 The original shot was pretty unimpressive too. But I wondered how it would look transformed in Black and White. I brightened the yellows, the oranges, in the color enhancer and then shifted it to Black and White and played with the sliders. 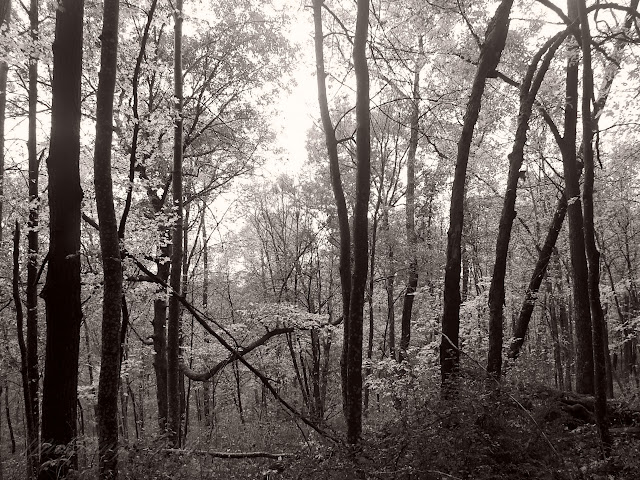 I took this next shot and of course did some more play with it.
Color: 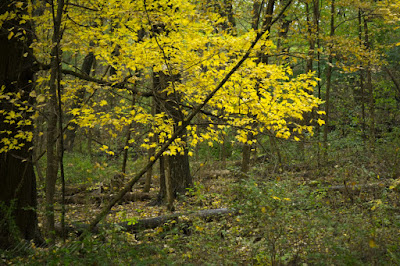 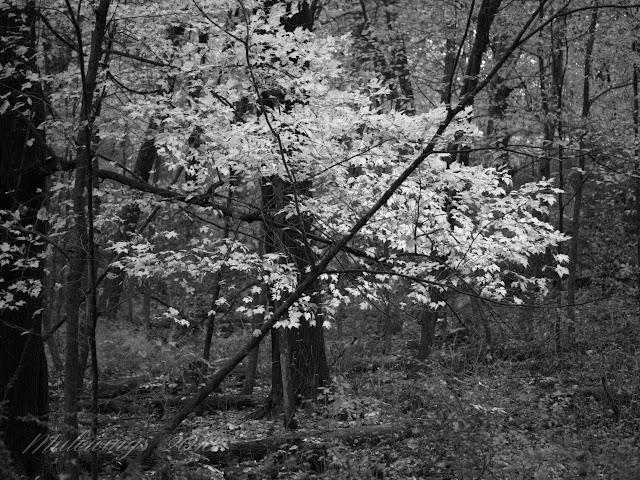 The leaves stand out in this shot, where they really didn't in the color version.

I watched a video on how to composite a fantasy scene.

I will have to use both ON1 and CS2 for that. It is a great challenge.