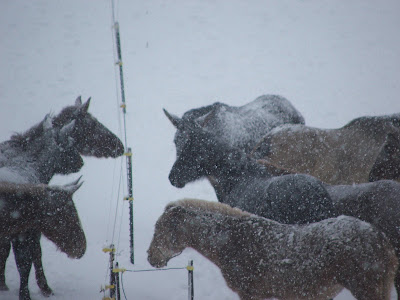 It was snowing, blowing, and just generally grey outside yesterday. I had such BIG plans which ...well..

Instead I made Morris pose with my hat and scarf on ...
Yeah, stupid, but sometimes when you have nothing better to do [oh, I was doing laudry!], you
think of fun
stupid
things to do. 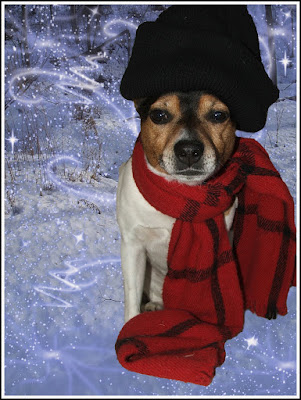 Do you have any idea at all how hard it is to get a Jack Russell to actually hold still?
If he is awake, he is moving.

So this was quite a feat.

However, it was short lived when he decided that I was boring him....
at which point he became a 'boneless' Jack Russell. 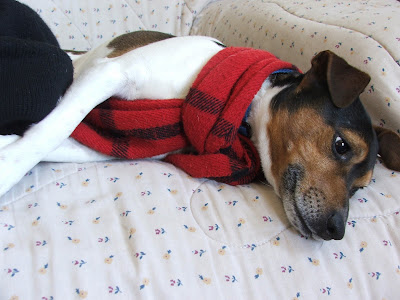 And fell limply to the couch.

So I took Morris's advice.

And took a nap.

Gotta love my entrainment, it is cheap.
Posted by Val Ewing at 8:01 PM