So the big snow is occurring. I don't think it is going to be a 5 to 10 inch snowfall here, however ... the 'event' is not supposed to end until this evening.

I added bedding and hay to Sven's indoor pen. I considered shutting the door to his pen but the other day when I did have it closed he 'locked' himself out. He has access to a rather large area outside and spends most sunny days observing his Kingdom from a mound. 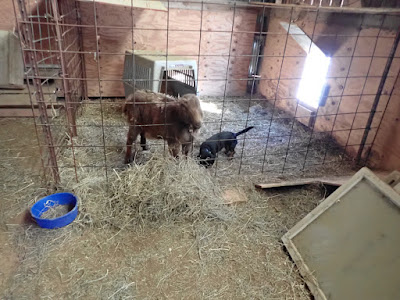 I loaded a huge hay net for Mica and Sunshine to put in the large stall I built. 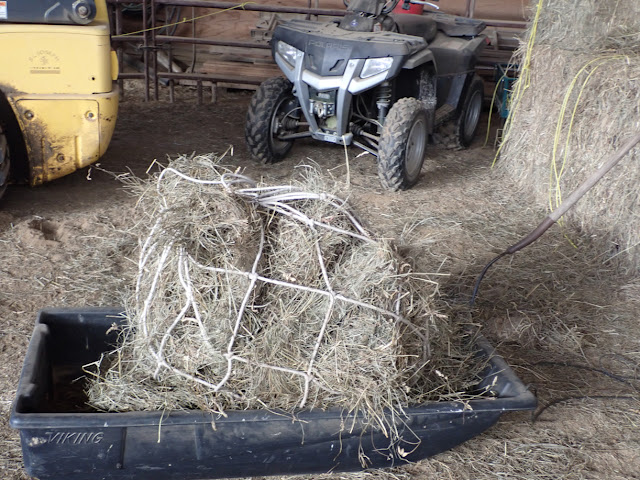 Suffice to say that Mica turned into an evil beast when I put her in the stall and put Sunshine in with her for company. She kicked at Sunshine and shoved her around.
I think a few factors entered into this. Mica has a paddock next to the shed and I separated her about a month ago from the others. She has Sven on one side of her and Little Richard on the other. I've been giving her a bit of sweet feed twice a day.
One: Mica wasn't in Sunshine's herd anymore.
Two: Mica preferred Little Richard and Sven to Sunshine's company
Three: Sweet Feed has helped her maintain her weight but has not helped her attitude.

Hmm. I may have to start thinking about using some beet pulp.

Anyway, I got them calmed down and dumped the hay out of the net and separated it into the far corners of the large stall.
Meanwhile, the storm did rage on outside with high winds and blowing snow.

The other mules huddled around their piles of snow and then disappeared into the woods to get out of the stinging winds and snow. 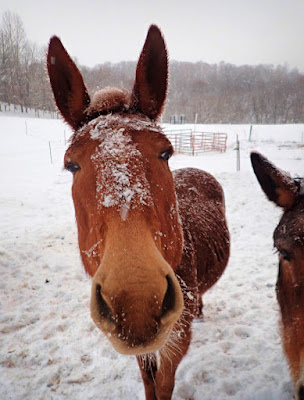 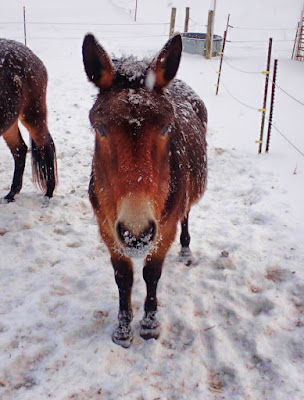 Fred. No good morning.
Get my breakfast!
Fred is 33 yrs old. 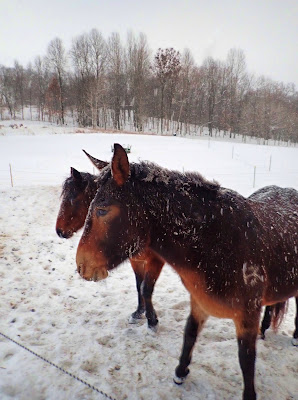 Siera and 15
These two are nearly inseparable. 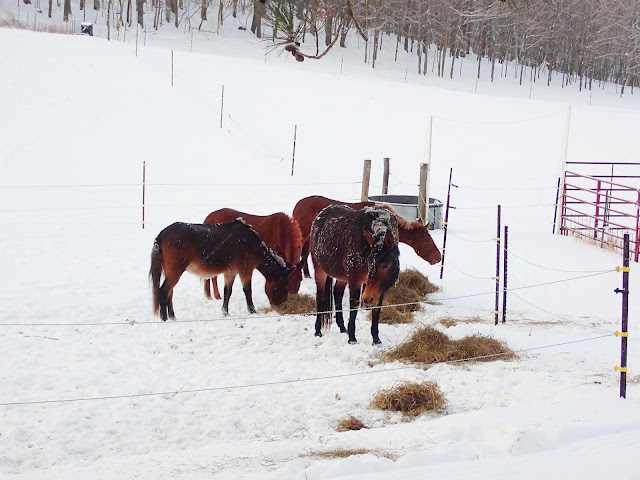 This morning it was obvious that Mica feuded with Sunshine all night. Sunshine was dry as a bone and calm. Mica was sweaty and high strung. I had to tie Mica up in order to take Sunshine back out to the pasture.

Sunshine met up with her herd mates, and walked calmly into the bigger pasture and took a snow bath.

I brushed Mica and fluffed her coat. I walked her quite a bit in the shed to cool her off and at times she wanted nothing to do with me. Once I put her out in her paddock she went and stood by where she gets her morning sweet feed and paced the hot wire.
I ignored her and put out hay.

I'm happy to report that she is back to her peaceful self. I'm guessing the old saying that sometimes when you try to be super nice to a mule, it backfires on you.