It is that time of year again. I usually wait for it. Every year. I have to put on a scarf and pose in front of the Christmas Tree or in this case the old chair made to look like a tree.
I can recall the first time I did this. I had no idea what was going on. 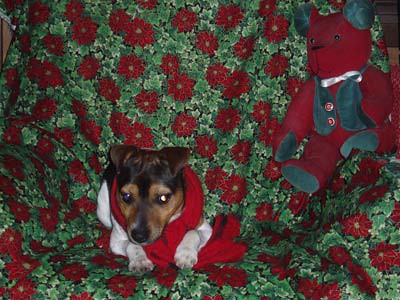 Well, I don't think she knew what she was doing much either.
As the years went on, she got a bit more creative and I got a bit better at sitting in one place long enough for her to hurry up and 'snap' or rapid fire some shots at me.

Cookies are the best motivators. But sometimes they backfire. 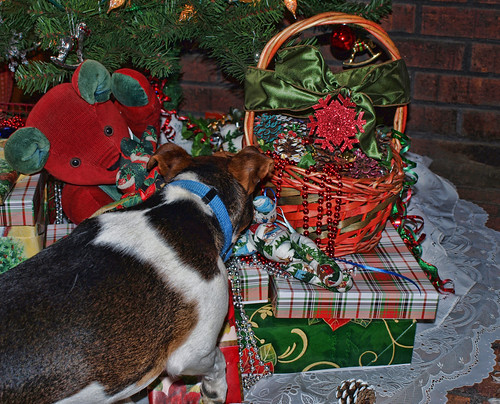 And then sometimes they work out well. 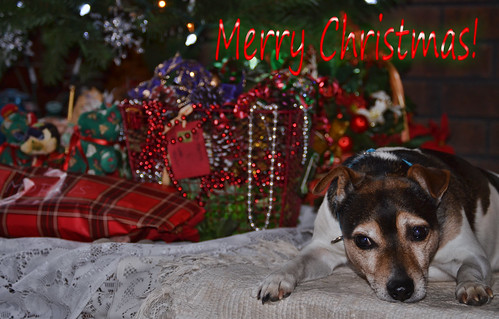 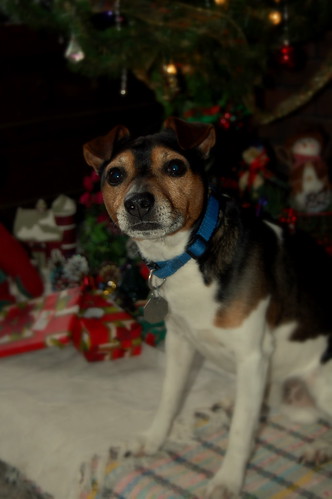 And other times. Well I just give up and go to sleep. 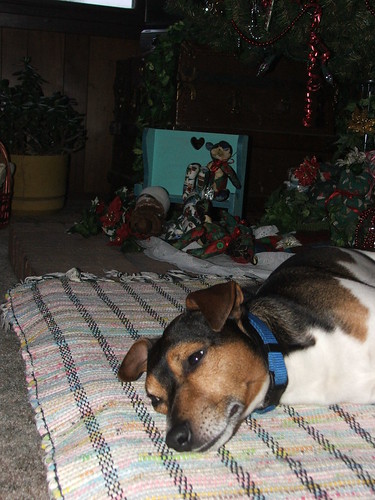 But then there were some memorable ones. 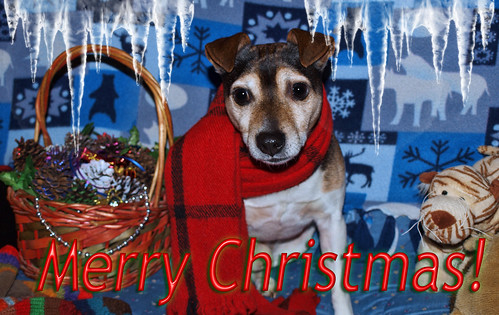 She did this one on the couch and added my toys. This was a very hard thing to do for me. 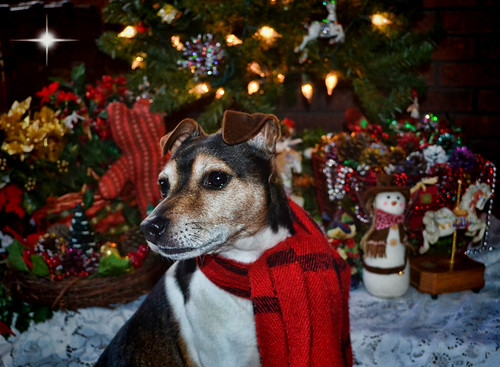 And then there was the garland fiasco. 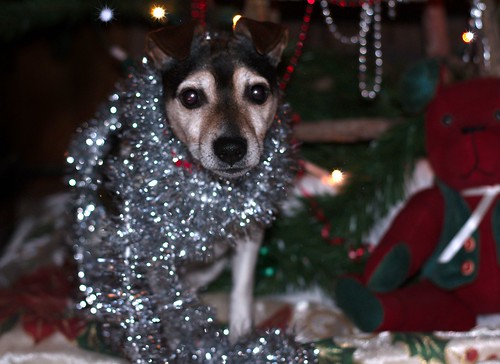 And then this year she couldn't find the red scarf. Now this scarf has a special meaning but apparently she .... she left it in a place called Wausau last year and it has not been seen again.

So this year we improvised with a garland of beads. Really?
We tried the blue scarf but it wasn't so great looking. 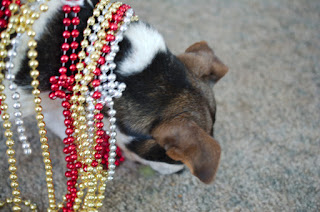 I was more interested in any cookie crumbs than posing. But she started to sound pretty stern.
So. 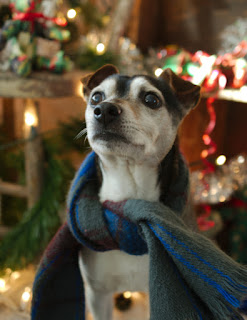 She says I looked too desperate for a Christmas card for kids.
So.
We tried again, but I wouldn't look at the camera. And she decided to do away with the scarf. 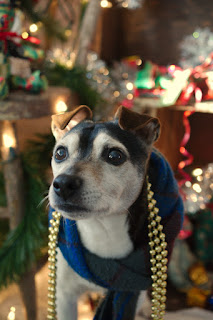 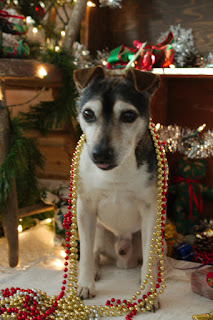 Much better, but my tongue was sticking out as well as my personal parts.
Sigh.
So.... 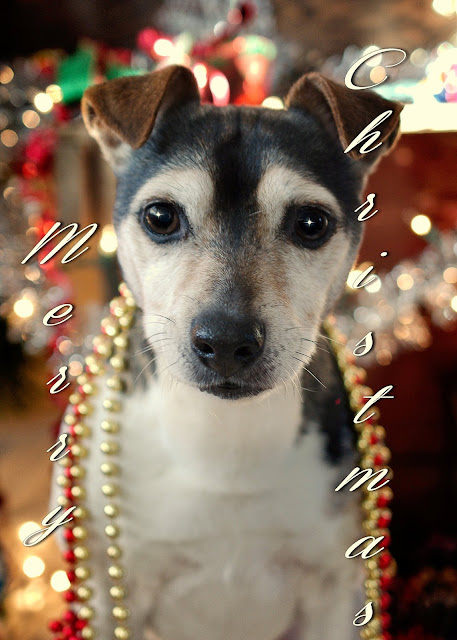 Here is was. The final shot.
Whew.
And the treats were worth it.

Posted by Val Ewing at 7:39 AM
Labels: by Morris, Christmas Dog, holiday, morris, photography of Morris, posing a dog, the making of a holiday card