The weather people predicted a significant snow fall for us starting at midnight on Sunday. Indeed it did snow!
Since this was the first real snowfall of the season, I was excited to take that first snowfall hike.

I grabbed my camera backpack, a plastic bag, some paper towels, and my gun belt. Morris started running circles around me in the house. I hadn't taken him the day before and he wasn't letting me out of the house without him again.

I decided that since the snow was so wet and heavy I'd best take my little pink pocket camera. The Pink Fugly camera that never dies. I stuffed it in my pocket and Morris beat me to the door. 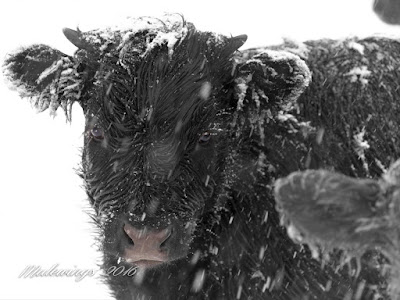 At the top of the lane we stopped to check on the Dexter's water tank. It was full. Beauty and Buster came up to the fence line to stare at us. The other Dexters were laying on their old pile of hay chewing their cud.

Morris ran ahead leaping and going from one place to another acting as if he were a puppy instead of a nearly 13 year old dog.  I think he loves the snow as much as I do. 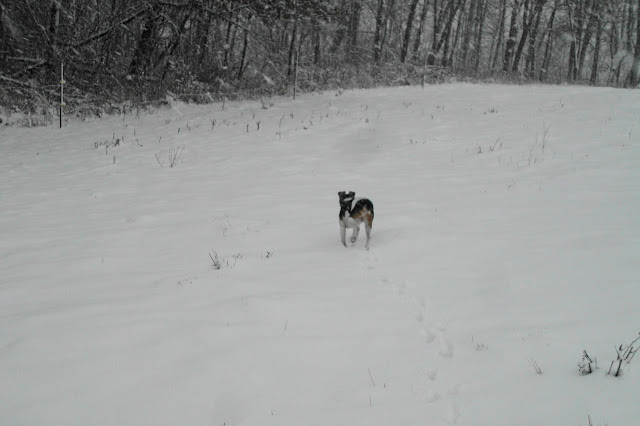 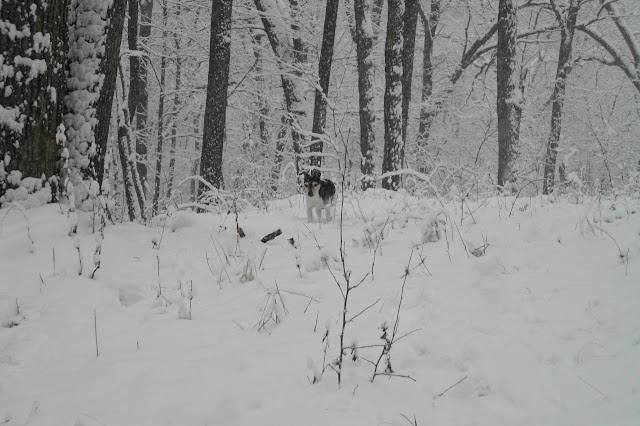 We got to the creek and then hiked to the place I'd stacked some rocks on the day before.

I took a photo and we explored some more. I wasn't that surprised that there weren't many new animals tracks in the snow. They wouldn't be out until after the storm had ended. 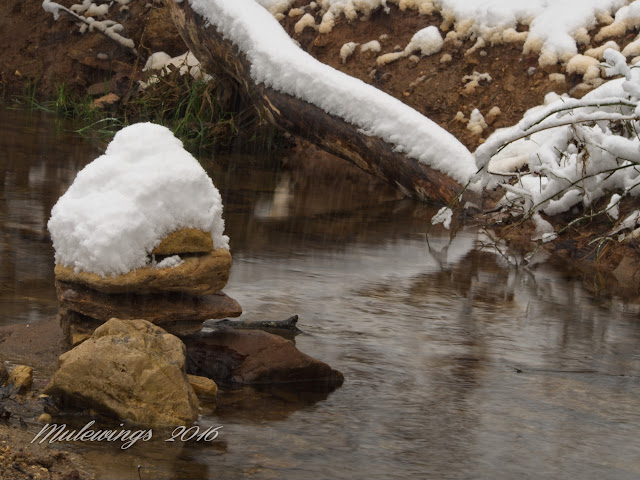 The snow was coming down so hard I had to be careful with my Olympus OMD E5. The camera is one of the first mirrorless cameras made by Olympus and it is supposed to be weather resistant. However, I wasn't sure how far I wanted to push that.

It still got fairly wet, but I had a cloth to wipe it off after using it each time. 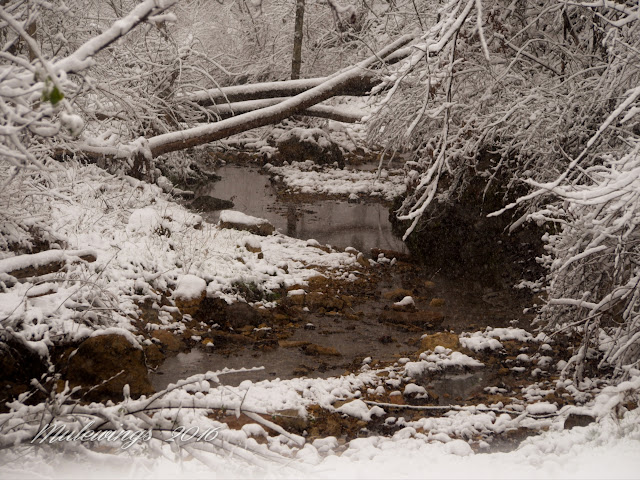 I managed to get a few shots of the fresh snow falling before I decided to put it away safely in the backpack.

The pink camera then took over. 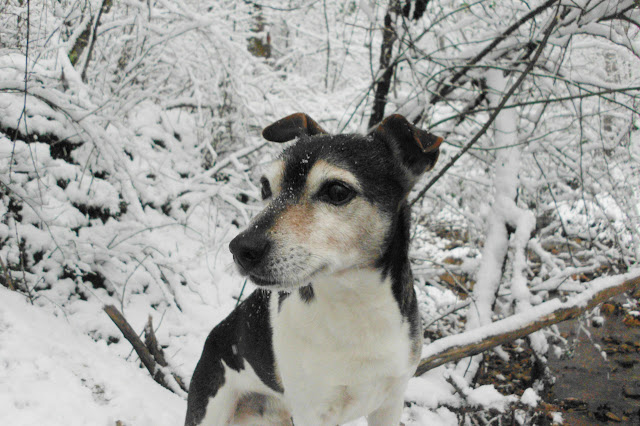 Before we left the creek, Morris and I climbed an old Basswood tree that lays across the creek. The view is more interesting from 10 feet above the ground.

The fresh snow made the climb more interesting. Morris is better suited to climbing in slippery conditions than I am.

Both Morris and I were soaking wet by the time we made it home. The snow was still coming down fairly hard.
I had a text on my phone asking me if I wanted to try out the cross country skis.

Of course! And off I went again after I dried my coveralls in the dryer.

Morris curled up on the couch and didn't flick an ear when I got ready. He probably was enjoying the fact that I'd covered him up with a sweatshirt that was nice and warm that was fresh out of the dryer. 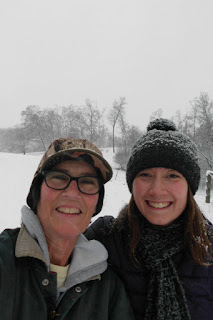 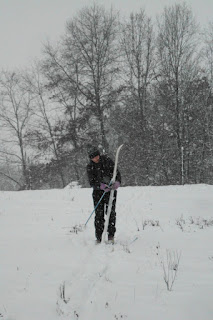 We sure did enjoy the skiing. We had to quit due to the fact that the temperatures crawled up a bit and our skis kept 'clumping' up with snow.

I probably shouldn't have been so excited about the snow. My husband acted as if he was horrified at it.
However funny thing...
He was not horrified at being able to use his 'upgraded' skid steer with a cabin and a heater and a ... new/used plow that hooked up to his hydraulics.

He managed to make sure that it was right at chore time. Sigh.
I guess we both enjoyed our first snow day!