How the Grinch was stopped by Morris the guard dog.

The Terrible Grinch was Grouchy. She hadn't had a good night's sleep because of the big snow storm.
Oh the snow wasn't bad, finding out that one of her co workers had started her car and then left with her keys in his pocket probably made the bad night much worse.

After only a few hours of sleep Miss Grinch woke up and discovered that the beautiful white snow was still coming down and by night fall it was supposed to be super frigid. Like -12 frigid.

However she had an evil thought. 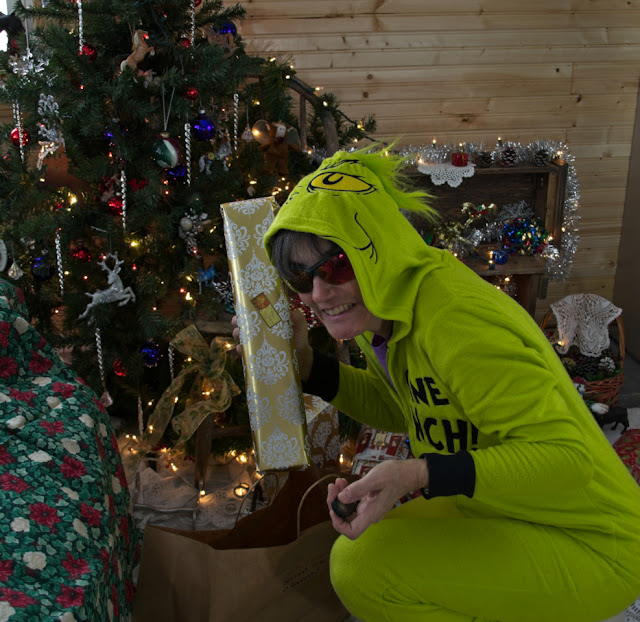 Perhaps she should just hide them.

If she stuffed them in a paper bag and hid them well, no one would get their Christmas gifts.

She chortled and chuckled. 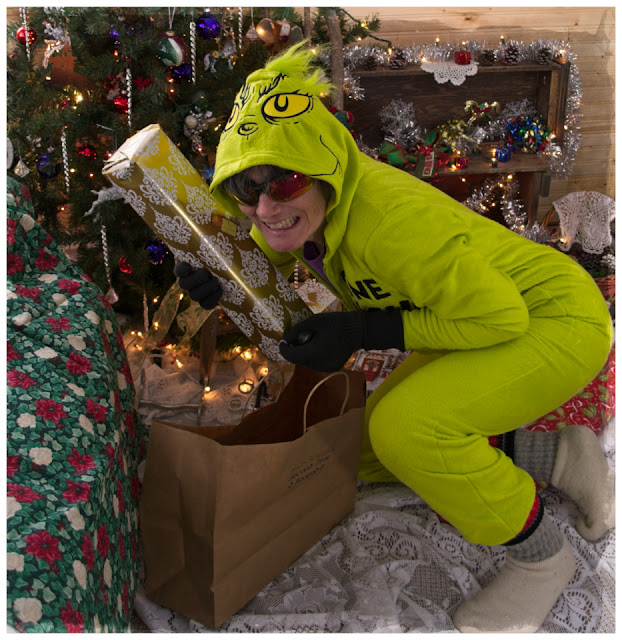 Naughty Miss Grinch.
She thought she should be ashamed of herself but she was oddly pleased.

Hide the gifts!
Whoops, she forgot her boots. So off ran Miss Grinch to grab her chore boots and think of where to cleverly hide gifts. 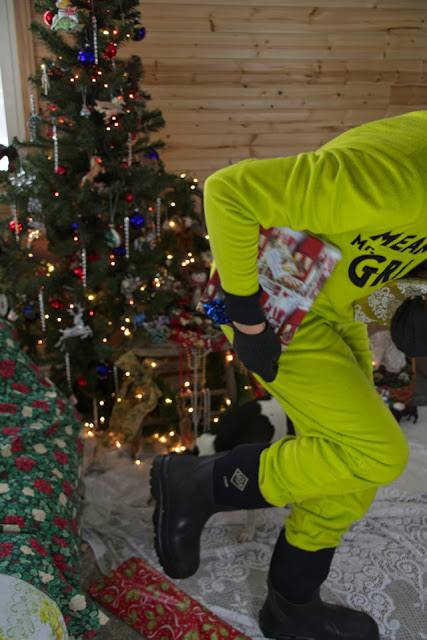 ...thinking she was being wicked and wise...

...she was stopped by Morris. 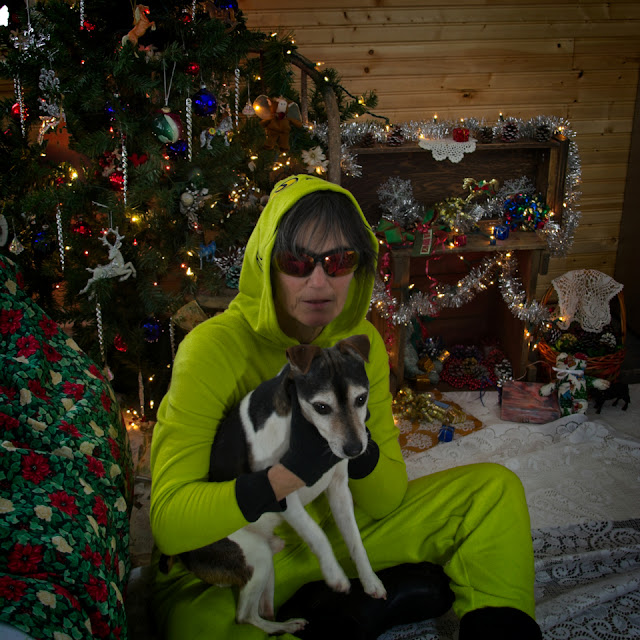 Morris even made her put everything back.