3 days of working in the rain 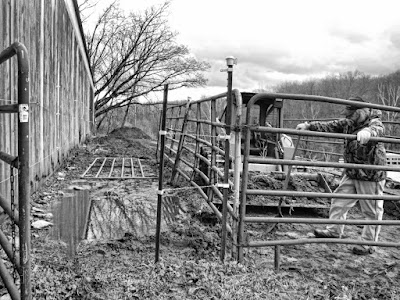 Last night or early this morning we had another round of storms that added about 2" of rain to an already soaked ground.

We had begun our 'winterizing' projects a week ago and worked earnestly at them for the past 3 days.  Yesterday we worked nearly all day in rain.

Coveralls are good to have in nasty weather.
We cleaned the Jack pen on the east side of the shed and then moved on to the south side and began to work.
There was a lot of shovel work involved as we had to scrape away and clean along the shed wall and shovel under the metal panels. 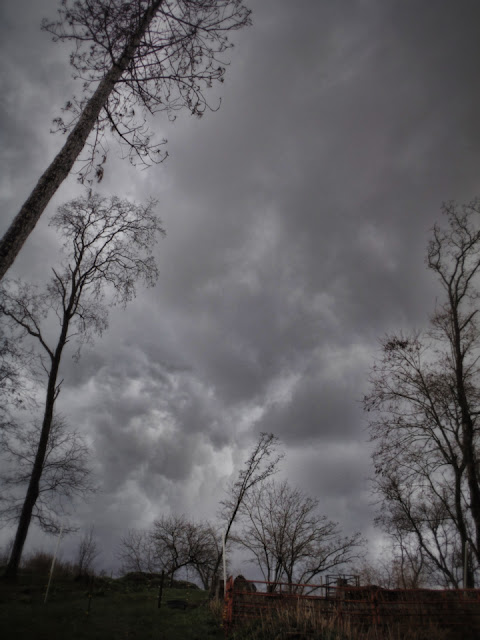 The sky literally looked as though it were boiling on and off above us today. Gusts of wind would switch around in our hollow.  It rained off and on and we slowly plugged away.
At one time it felt as though it were hailing, but to me it looked an awful lot like sleet.

Bob liked his new paddock on the east side of the shed, he could poke his head around and watch us work.  I think he was smirking at us.  After all we were cleaning his old pen.

We finished Little Richard's pen and moved him off the tie out and into his nice comfy new pen.  He trotted around and did some fancy kicking and bucking to show us his pleasure before he got down and rolled.  He got up and pranced around his enclosure as if he'd just won the lottery.  Such is the life of a crop out mini.
We fondly refer to him as our Guard Pony and our Organic Weed Wacker. 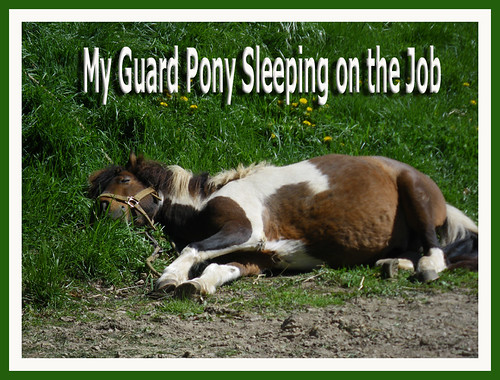 I'm tempted to train him to ride.  He would make a very hand pony-moped. 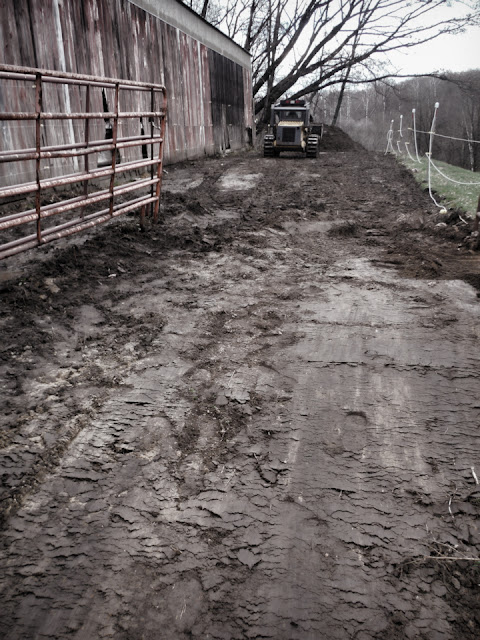 Soon hubby had the area cleaned and we restrung the electric wire.  By dark we had things ready so we can move Dinah.  Fred, Siera, and Mica will get their own paddock to share and the rest of the gals will move into their winter quarters perhaps as soon as tomorrow.

In the summer the equine are on 'summer' pasture and just before gun deer hunting season we move everyone much closer in for the winter.  We can keep a closer eye on all of our animals and the stock tanks can all be plugged in so the farm critters can have warmed water.

Another year has passed.

Archived shots of the girls playing in their winter quarters.
Posted by Val Ewing at 7:41 PM
Labels: around the farm, getting ready for deer season, paddocks, shoveling, winter quarters, winterizing, work