Jersey Valley is one of our local county parks. It had an earthen dam that failed during the extremely heavy rains last August.

The park had a nice little lake stocked with fish and a wonderful hiking trail that went around it with new trails being developed.

This is a view a few years ago that I took on an early morning walk with Morris. I am standing on the dam looking across the lake as the sun comes up on my right.

I don't really have good before and after photos as I just went out this week to check it out. The steep entrance road to this park gets closed often in the winter.

Morris and I went there after his first brush with death and the diagnosis of Kidney Failure. I wanted to take him to his favorite hiking area. 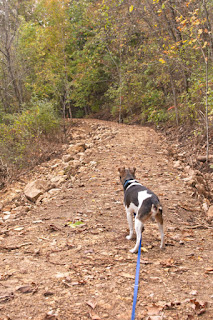 I went out there on Wednesday afternoon with Charlie after bringing Rich home from our 'adventure' to Vernon Memorial Hospital. 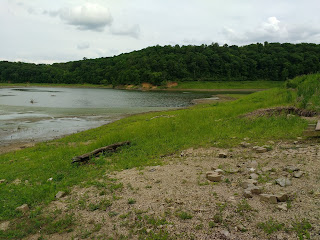 I took this photo to show Rich the change in the little man made lake since the spill way had been breached last August.

I am standing where there was a fishing dock at one time. I looked around and decided to go see where the flood waters broke through the dam. 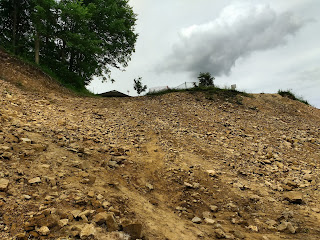 Here is a photo from the breach point looking up at the park Pavilion and playground area. 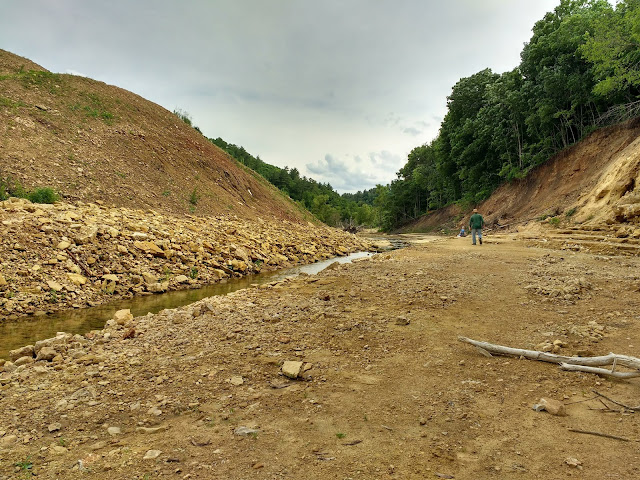 I turned around and took a shot of a gent and his grandson walking through what used to be the spillway and following the stream as it now flows through here.

The 'new' look is pretty interesting. Charlie and I headed down the stream to explore the rock debris field. 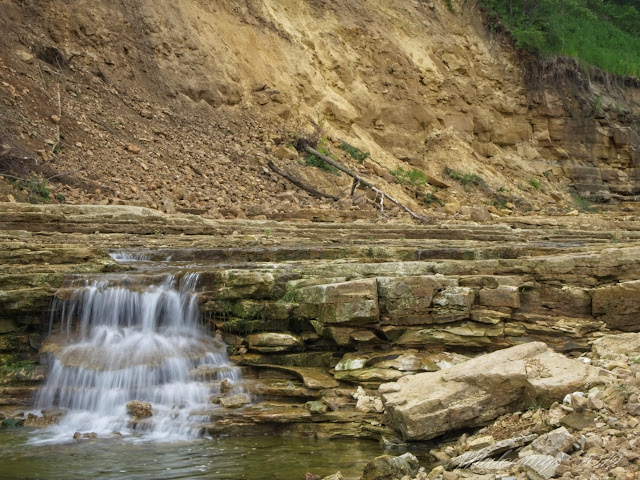 We found this little falls falling into a deep rock pond.

Just above this water falls is where I took the photo of Mr. Morris on our last hike there together. 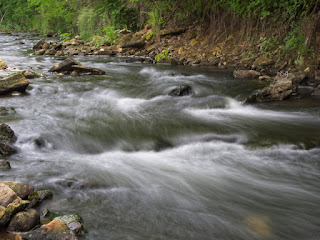 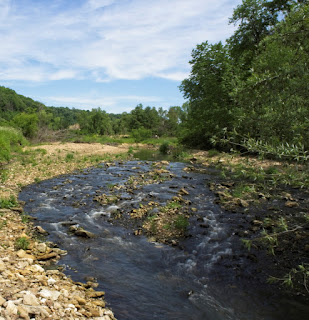 I followed the debris field and was able to walk along the West Fork of the Kickapoo River.  This stream empties into the watershed that flooded Readstown. Hard to believe, but if one looks at a map and follows the downward flow of water it is pretty obvious.

The dam was put in place for flood control.
The big question now is will the dam be replaced?

From visiting there a lot of the people are finding the re-modeled Jersey Valley quite interesting. The rock field is fascinating with its mix of rocks. 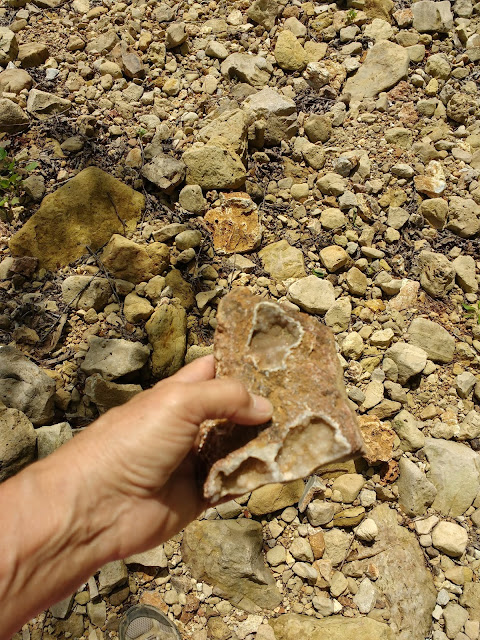 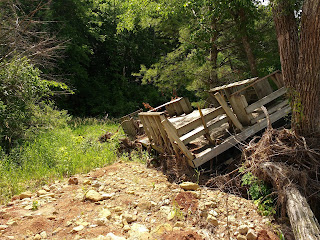 I found the fishing dock wedged up against trees. Amazingly, it actually held together fairly well.

This wasn't the first time it had gotten loose from its moorings, but it was certainly the first and only time it had left the man made lake.

I met some folks who were sorely disappointed in the lack of repair which I found interesting. The repair will be expensive and with more harsh rains? Would it even hold?
I liked the lake too. I like the hiking trails around it.

Some folks think the county ought to just redo the trails and leave well enough alone. Though I must admit I am conflicted. So many people enjoyed the nice little beach and most days in the warm season there would be canoeing, kayaking, and fishing occurring on any given day.

In a couple of years the rock debris field will be overgrown as Mother Nature remodels yet again.