What I wanted to write was all about 'stuff' and things that are irritating me. But I won't do that here.
Nope.

It is said that you shouldn't air your problems in the public eye. I see too much of that on Facebook and social media. Got a problem with someone? Make a statement on Twitter, FB, or somewhere else.
I'm not into public shaming.

However I sort of wish I could do that. Unfortunately once you let the cat out of the bag and it becomes public on the internet, ... it doesn't ever really go away does it?

I have a sense of right and wrong. Deceit and truth. Lies and secrets, white lies actually do more harm than good.
I've even heard a new term called the *Fiblit*. It is often used with those folks with dementia who ask over and over for something or in some cases need a small Fib to get them through the day.

Fiblits are a different matter.

Maybe that is why I like animals so much. They can't lie. A dog will always tell the truth about someone. A mule won't lie. If a person has done something to them, their body language will speak volumes.
Another thing. Animals have a great way of forgiving too. We can learn a lot from them too.

Okay.
There.
Done.
That's all I will say. 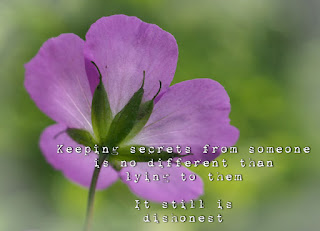