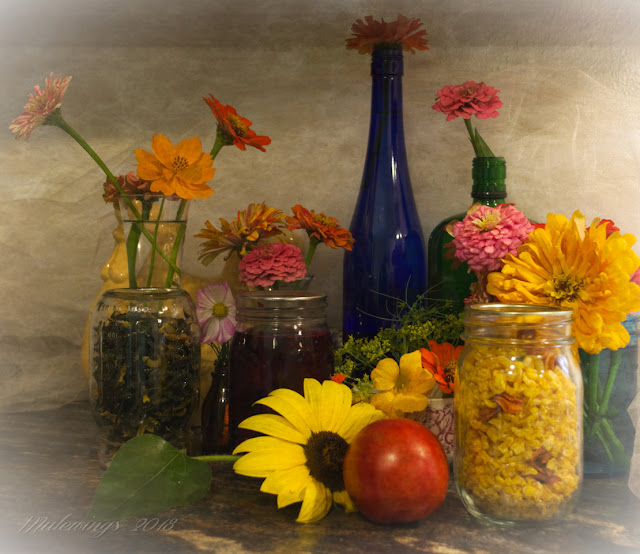 It is that time of year again when the garden bursts forth with all the vegetables I'd planted. 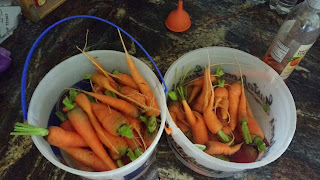 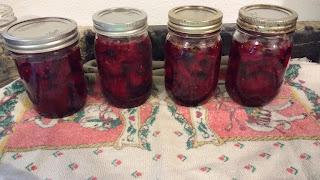 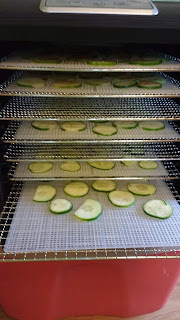 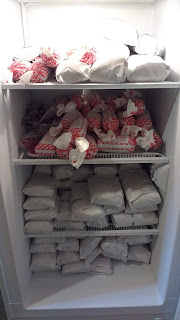 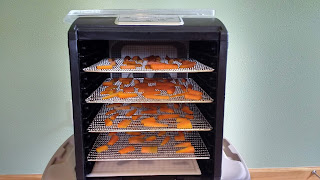 The sweet corn is done. I picked the last of it and started to chop down the stalks to toss to the cattle or the mules. The mules make sort work of it and the cattle seem to be a bit pickier about it.

Since my freezer is now stuffed with beef from the 'old' bull, I thought I'd dehydrate beans, carrots, and corn. I have a device that hooks up to my vacuum sealer that allows me to seal the goodies in pint jars.

The jar on the upper right has a mix of carrots and corn in it. In the winter I pop a pint of mixed veggies open and drop it into broth in the crock pot. By the end of the day, the vegetables have re-hydrated and taste wonderful.

The old bull. I think we made a mistake there. His meat is very lean which is good, but then it is more difficult to cook with flavor. I should have just shipped him to market and bought some farm raised beef.
Well, we will see how the roasts do in the crock pot. I had a TBone steak that was slightly okay. I need to see if there is anything I can do to make it more tender.
It is like eating lean venison.

Well hey, I'll deal with it!

The small garden really got ignored this year. Usually I pride myself with being able to demolish weeds with my handy hoe. I guess all the drives for appointments and picking up all the other farm jobs for me, put the garden on the back burner.

So. Rich has been home for about a week. He caught a nasty head cold and ... well, his mood is better. However last night was the first time I got him outside of the house.

His new routine of late has been to sit in front of the laptop and browse endlessly through programs. If he finds something, he sits and watches and doesn't seem to hear or see anything else going on around him.

He went to turn on the laptop to watch Netflix. I had unplugged everything and pulled the old laptop off the desk to work on it.

He looked confused and asked me to take care of it. I said "No, not until we are done with chores and supper."

I handed him his chore boots and he sat a long time on the porch bench before he put them on.
I waited.
He followed me to the shed reluctantly and I grabbed the little garden cart to carry hay to the last bull that we were shipping soon. I pointed over to the hay stack and told him the donkeys needed feeding.
He looked lost.
He stared at me.
I pointed again and he grimaced.
I walked away with the cart.

He did feed the donkeys and when I got back he was standing there quietly staring down at Little Richard's tie out rope that I'd asked him to help me fix. It seemed as though it was too much for him to think about and he murmured that he was heading to the porch.

I checked the donkeys. They were fed, but not watered.
So the infusion treatments had worked for the depression I am happy to say, but the other issues are there and well, frankly, ... I guess I am prepared for that. The old Rich would have noticed the near empty tubs of water.
This new Rich didn't. Or it didn't matter to him.

So last night while Netflix played in the other room, I made and canned beet pickles.

The man I used to know is still fading away bit by bit. It is odd to see him so disconnected with anything outside the house.
He says he has more energy and motivation.

In his head he does. But the doctors had told me, they could perhaps help the severe depression [they did] but not the damage from the strokes.

So the garden work is done except for collecting seeds.
The rest of the cattle will be shipped next week.

The donkeys will leave by the end of September.
It could be an interesting Winter.

Ariel is coming to stay and spend some time on the farm this coming Monday. It will be nice and we are both looking forward to it.
Posted by Val Ewing at 7:25 AM
Labels: beet pickles, depression, farm life, garden, ill, life after stroke, summer, taking care of Rich, veggies