Thank goodness the sun rises later in September. It makes it slightly easier to get up and out to certain places for a 'sunrise' adventure.

Our friends arrived late Friday night from the east side of the state. I love their visits. It means there will be a crazy fast and furious weekend of trying to do a million things.
I think they have fallen in love with this portion of Wisconsin. I must admit when I did the very same thing about 20 some years ago. I did the crazy thing of driving to visit Rich on Friday nights after work and spent until late Sunday afternoon enjoying his company and this area.
Until I realized that I would just move here and it would solve a lot of my traveling and driving issues.

I never looked back. And I am happy I did.

Anyway we were up early. Daryl came quietly down the stairs. The coffee was brewing and I was thumbing through my Smarty Pants Phone checking the Nautical Dawn, Civilian Dawn times and the actual sunrise times for one of the county parks I like to visit through an app called Sun Locator Lite.
Amanda came down the stairs, then Evelyn was next and finally Grace came down the stairs.

Ready? Ready.
We piled into the Subaru and headed out.

When we came down the steep road into the valley and made the bend everyone in the car said, "Wow!" in some sort of form. There is a curve that allows you to peak at the man made lake just before it reveals itself.
Yeah, it is breath taking every time I see it. And I have not become immune to it.

We parked and everyone stepped out at once, scattering quickly to get the 'best' view. The Sunrise Club had arrived. Only this time we weren't in PJ's!

I wanted to be everywhere at once but couldn't. I stood next to the car and admired the colors as the daylight began to make the area glow with light. 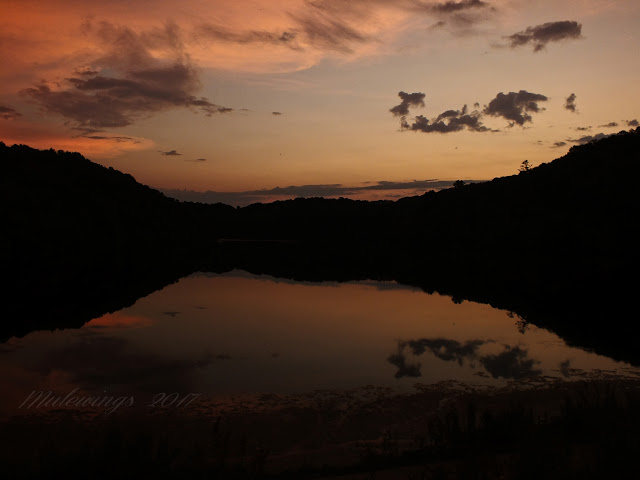 Having the place essentially to yourself is another bonus.
Look!
No parking issues! 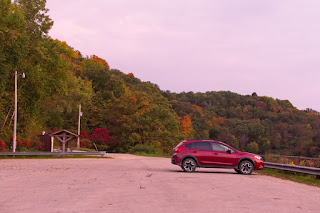 We eventually migrated to the floating fishing dock and watched the skies change.

Time for a bit of goofing around. 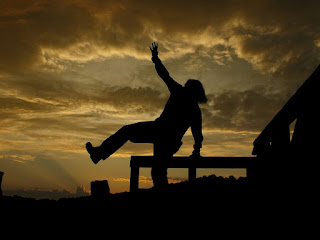 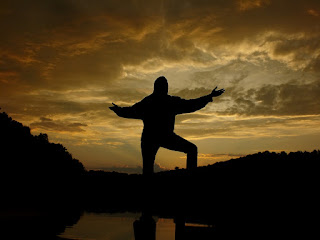 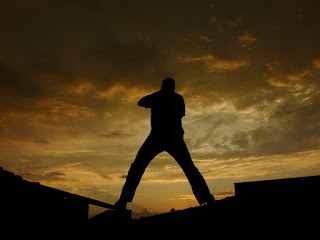 Even the girls found interesting things to do.

And I discovered my 'best' shot of the weekend because of that. Nope, it wasn't the spectacular scenery or the incredible colors. No, it wasn't something like that at all.
It was one of Daryl's daughters playing with some wild flowers she picked. 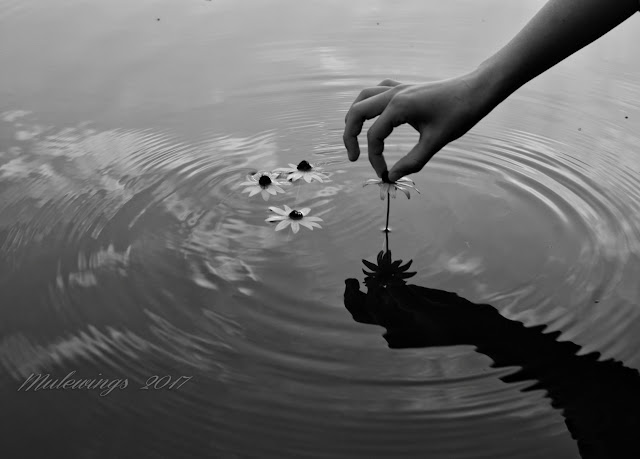 This shot made the morning for me. I photographed it in color, but the but in my mind saw it as black and white.

Once I took a series of her picking up the flowers and setting them back on the lake's calm surface, I sat back.

My morning couldn't have been any better. I got the shot of the day. I was satisfied. This image struck me as a powerful one.

I wanted to jump up and down and shout out, "I got it!"
But I didn't. Although my friends would have totally understood it if I had.

The clouds moved in and the sun disappeared.

Time to end our morning adventure and head back to the farm.