It is probably a good thing that Morris got 'treats' or dog 'cookies' from some of his favorite 'little' people.

Today we had to go out and do 'the wrap' photos for the end of his seventh book.
Thank goodness we didn't get snow, so the photos will look no different than those that I shot at the end of October when I began this project.

I must admit I hit a few writing snags here and there until I realized I just needed to let the characters take me along.

I got the stuffed animals lined up just so and then called the Star Morris in.... 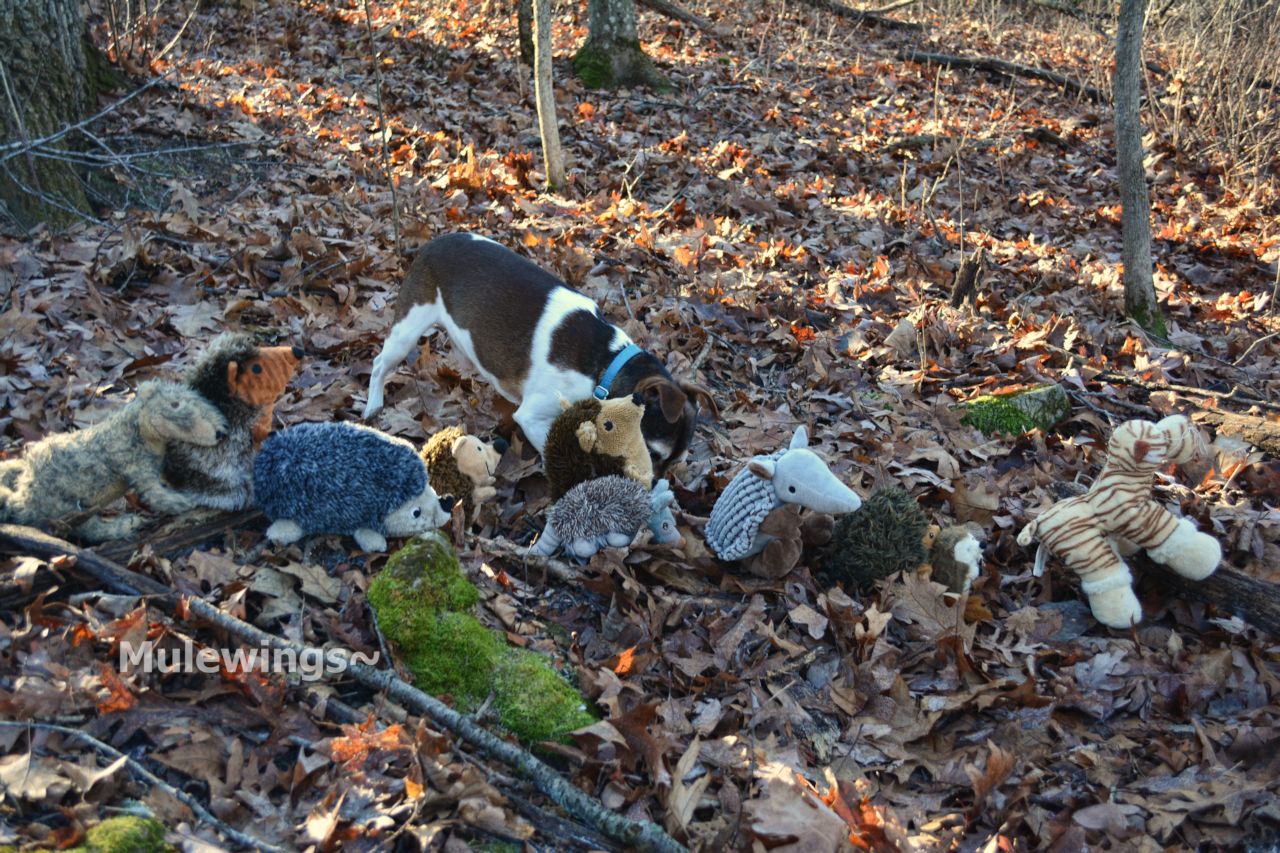 He immediately sniffed out the dog treat and then trotted off to smell something interesting on the deer trail.  I am pretty sure it was more like deer pellets.

I called him again and held another chunk of treat in my hand.

He sat.
On top of the toys, tossing them this way and that.

Well, at least I now had his attention. 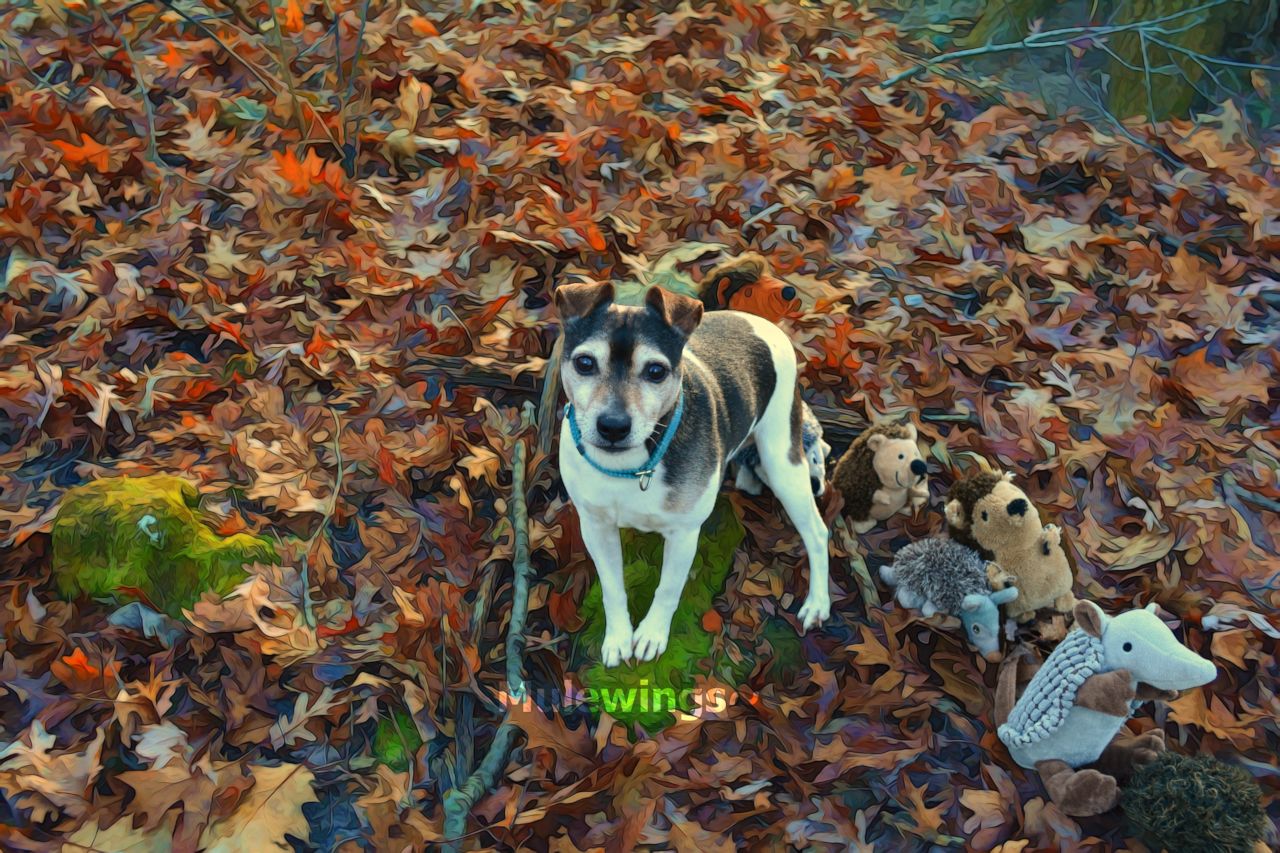 After a few more attempts the toys were set up, and Morris was starting to pay attention.
Sort of. 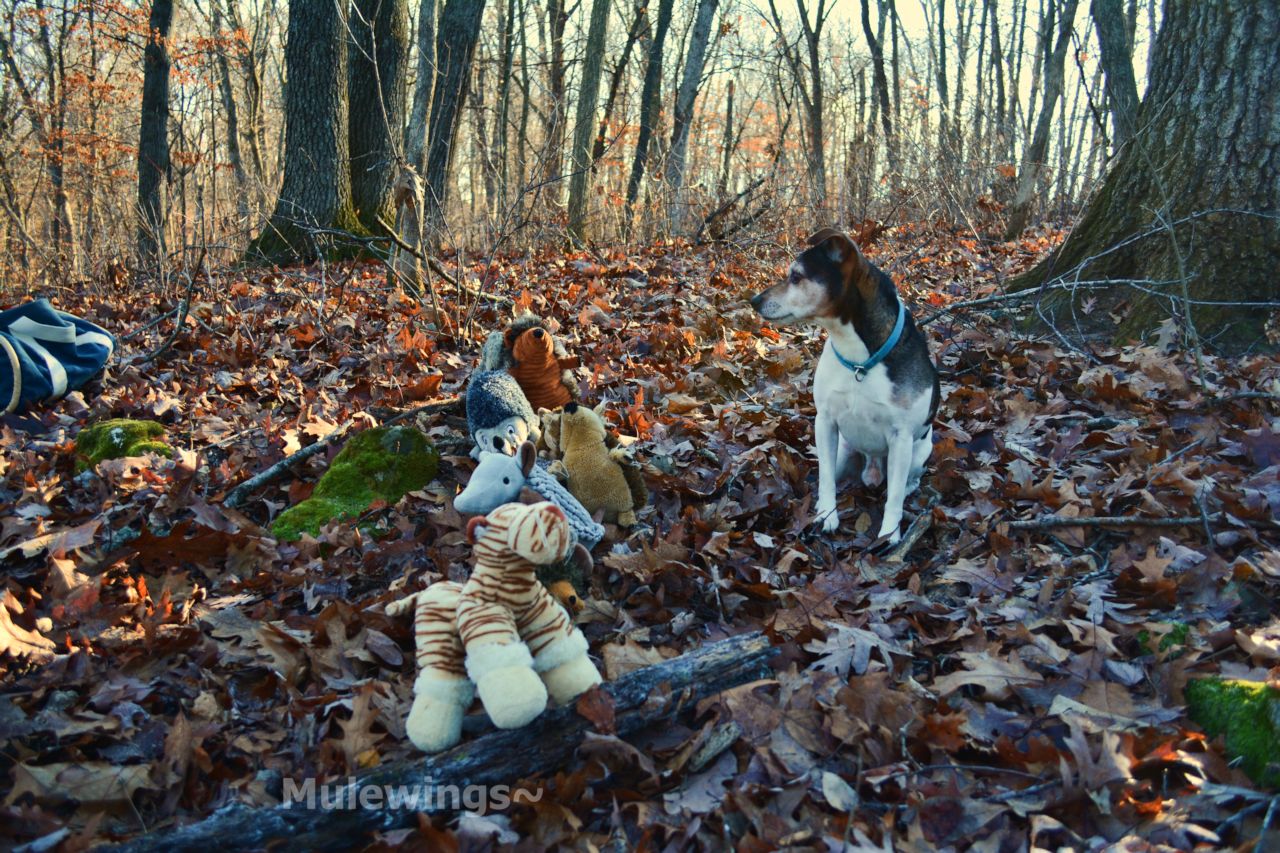 His mind really wasn't on working, but he did perk up any time I mentioned 'cookie'!

We got the job done and then enjoyed a stroll on the hillside. 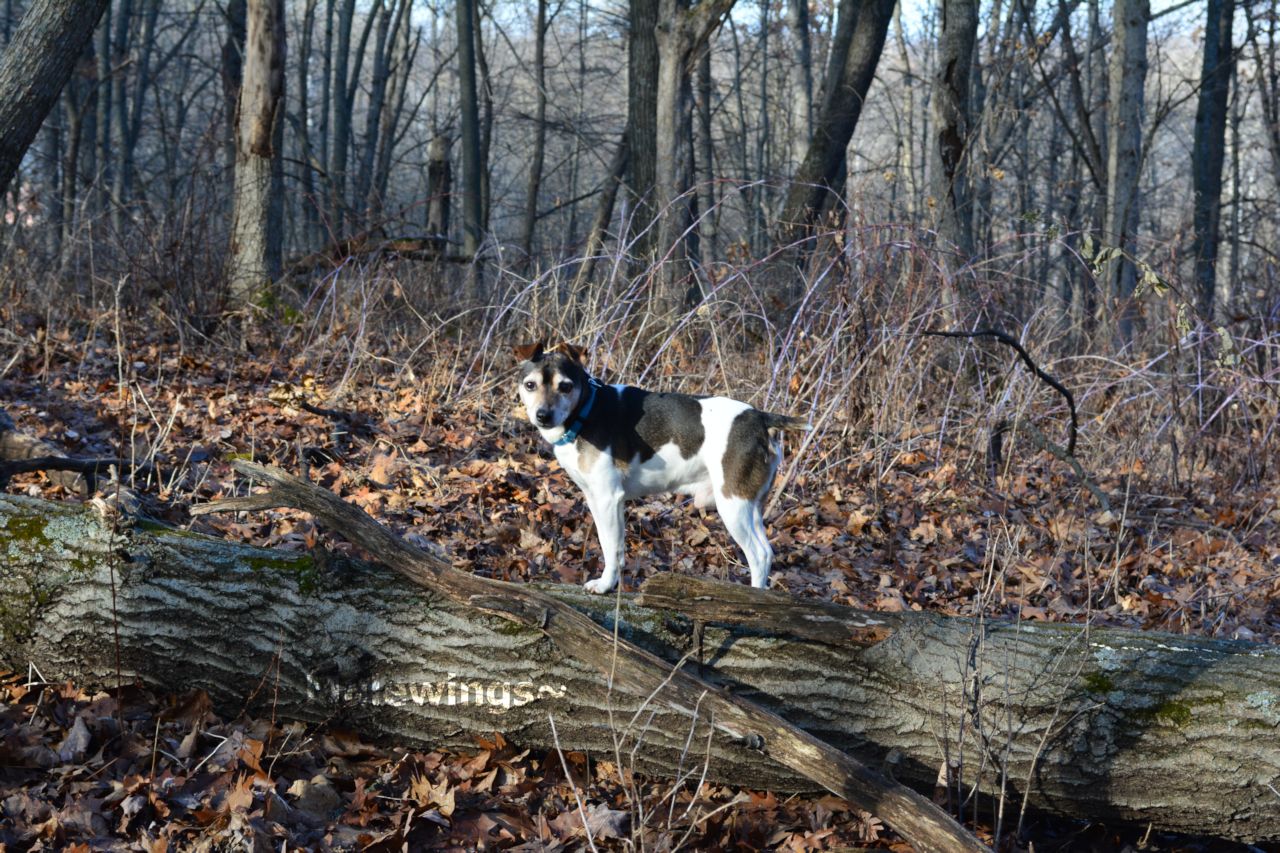 In the house, he loves his toys, he shakes them and tosses them all around.
But in order for me to get him to pay attention to them while out in the woods...on set...so to speak, I need to have plenty of treats.

I think now I am prepared to get ready to write the last chapter.

Note to self.
Next time, make sure my pocket is full of treats!