A Trip Back to Wildcat Mountain State Park ~ The Ice Cave 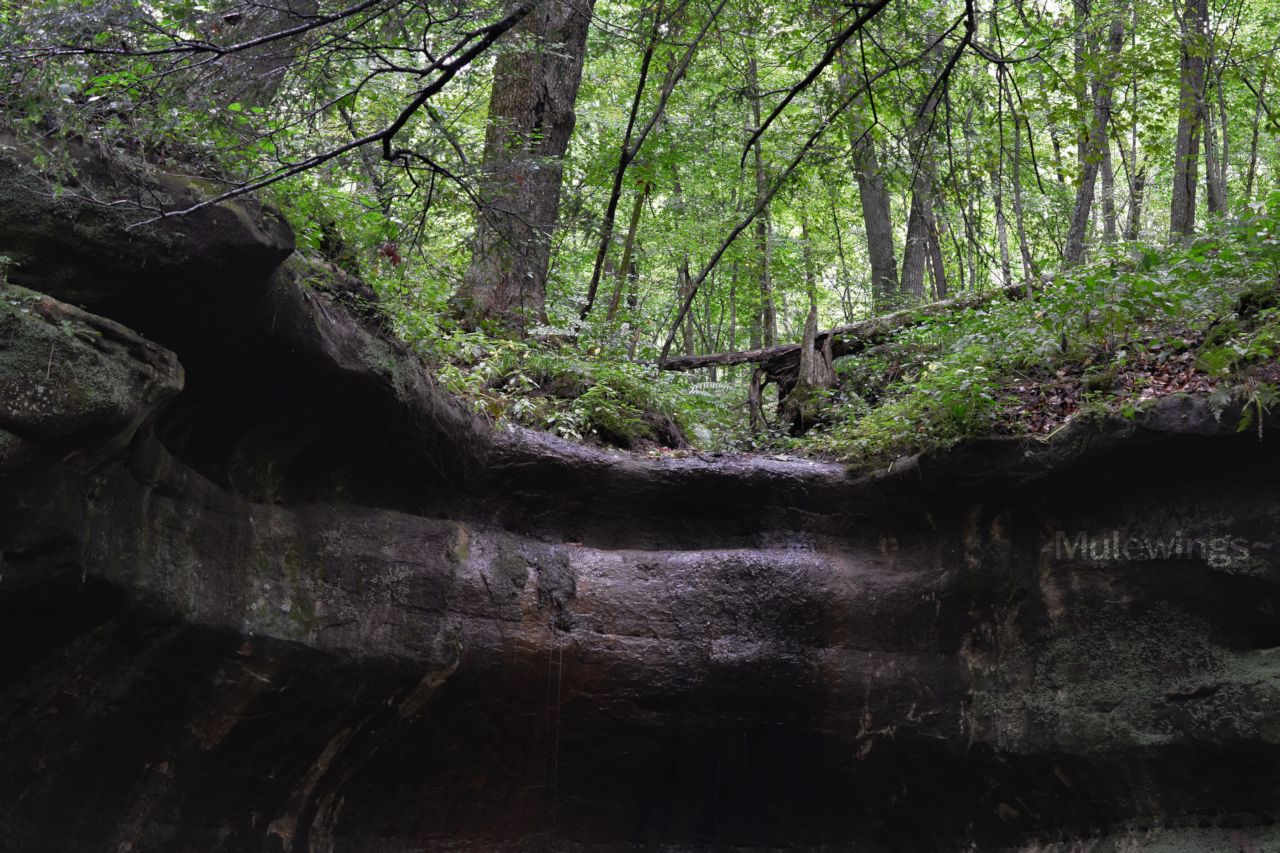 Here is a shot of the Ice Cave on Labor Day.  It was quite beautiful and interesting.  But if one doesn't understand the 'ice cave' concept they won't get much out of visiting this area in the summer.

According to some folks, the ice can remain in this rock formation until nearly July depending on the weather of course.

Here is how it looked yesterday.  Keep in mind that the ice was melting because of our above freezing days and late sunshine that shone right into the formation during the late afternoons. 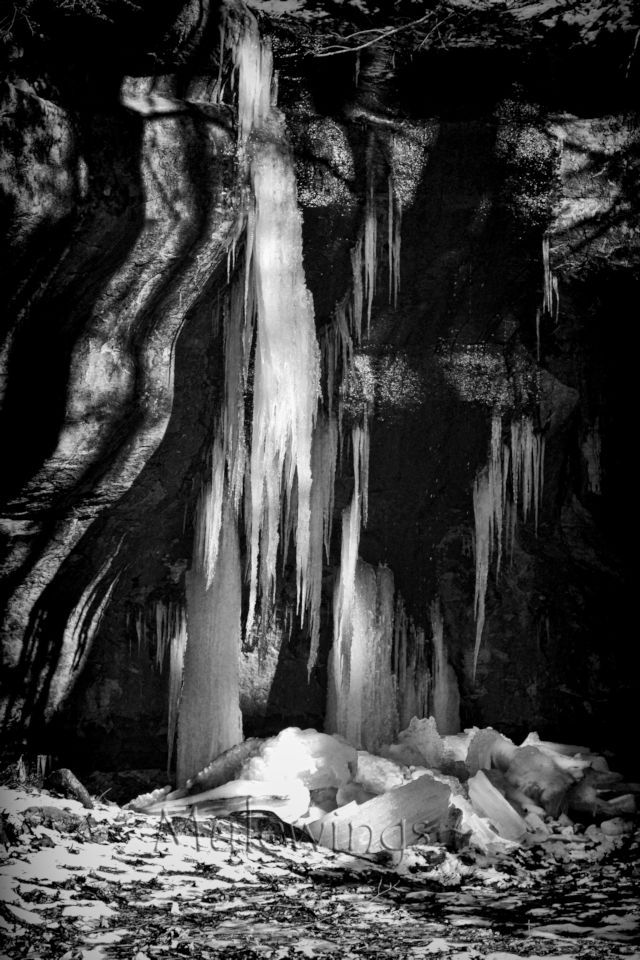 This is looking head on. You can see the pile of ice that has broken off the ice 'falls'.  Chunks were threatening to fall off while I was there.  It is not prudent to get a shot from directly below looking up when this is going on! 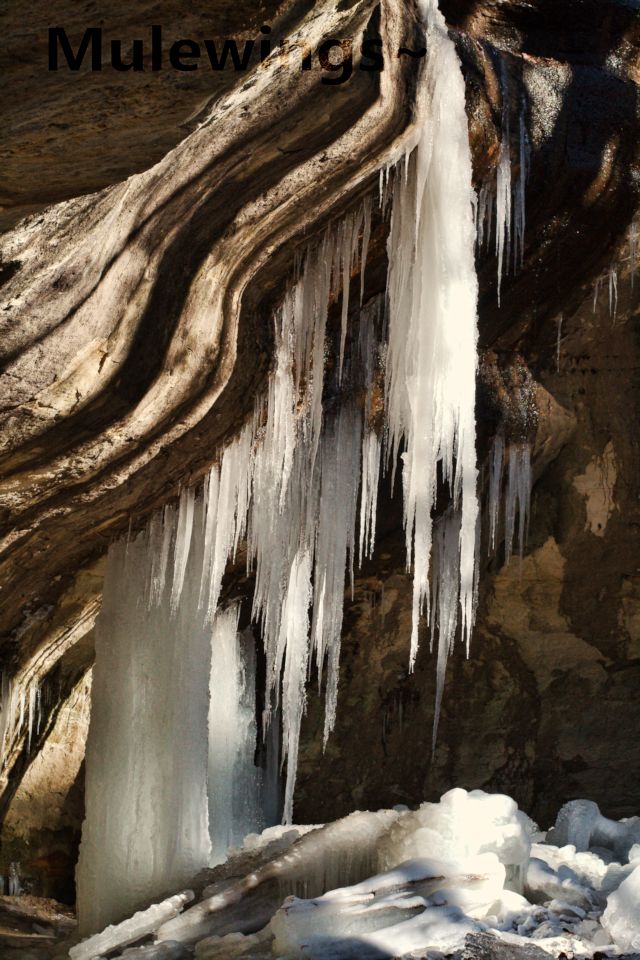 I preferred the side view which was much more dramatic.
This will probably be one of my favorite photos for quite a while.

Here is a fun comparison shot: 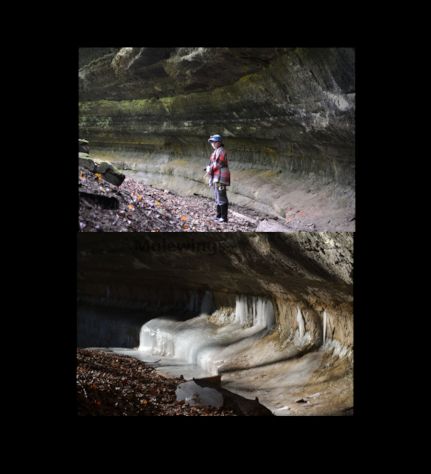 Billings Creek is right around the corner from the Ice Cave and I thought I'd revisit it also.

Here is another Labor Day shot with Ariel wading under the magnificent rock formations.

And of course I couldn't get out and wade yesterday, but the creek did not disappoint. 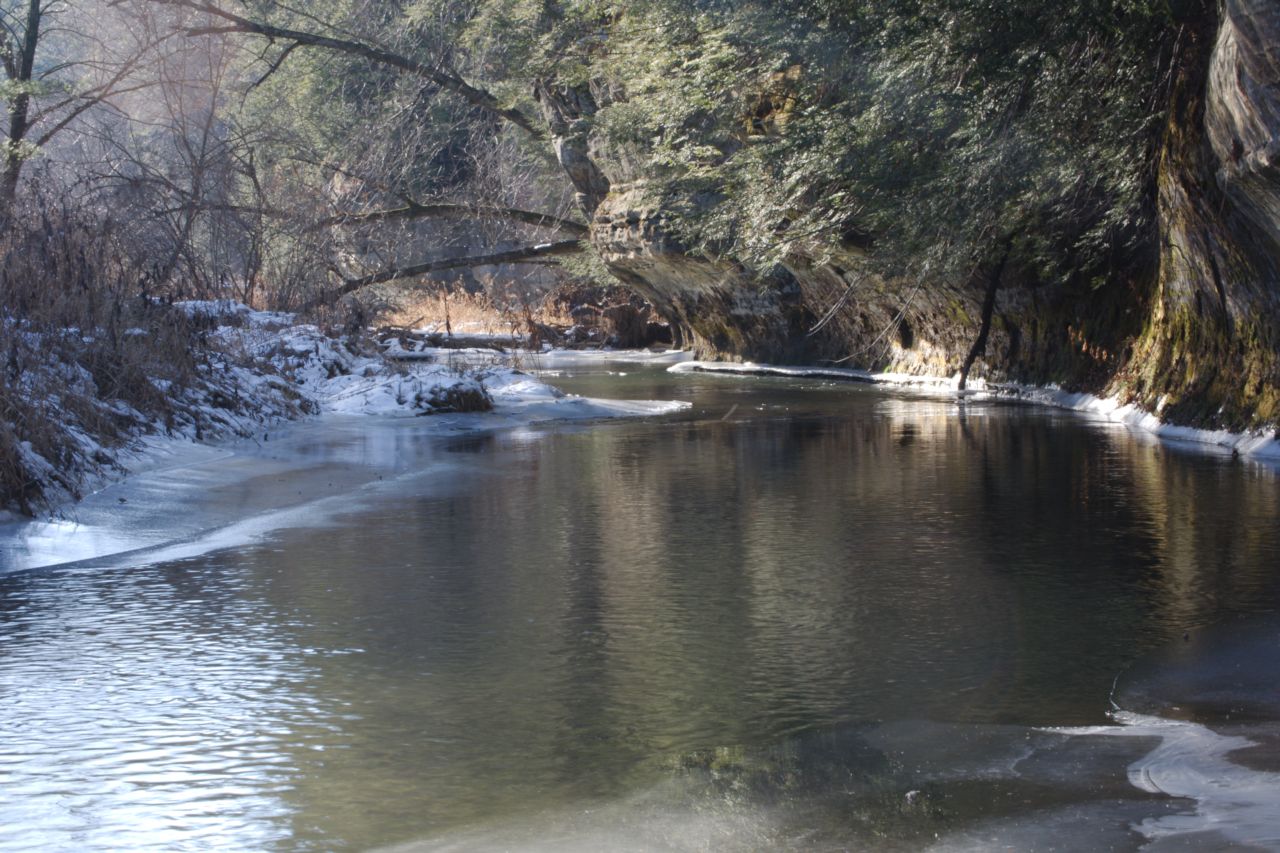 The ice formations in the middle of the creek were exotic yet because of the warm sunshine and temperatures they were hard to find. 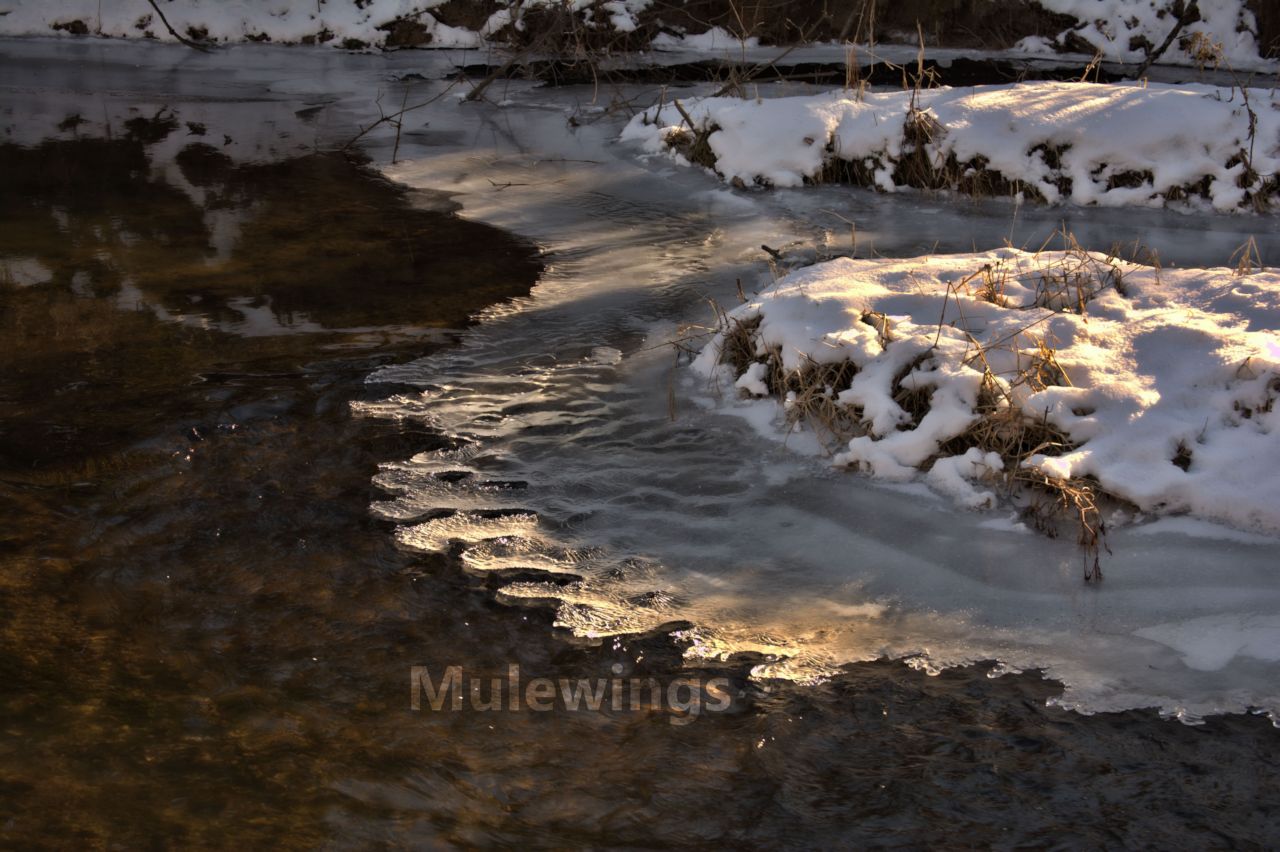 I then followed our Labor Day route and visited one of the canoe launches on the Kickapoo River, but it was getting late and the parking lot was ice.  I got back in the Subaru and took the Cut Off road.

I did manage to get a shot of a Warner Creek which feeds into the Kickapoo River. 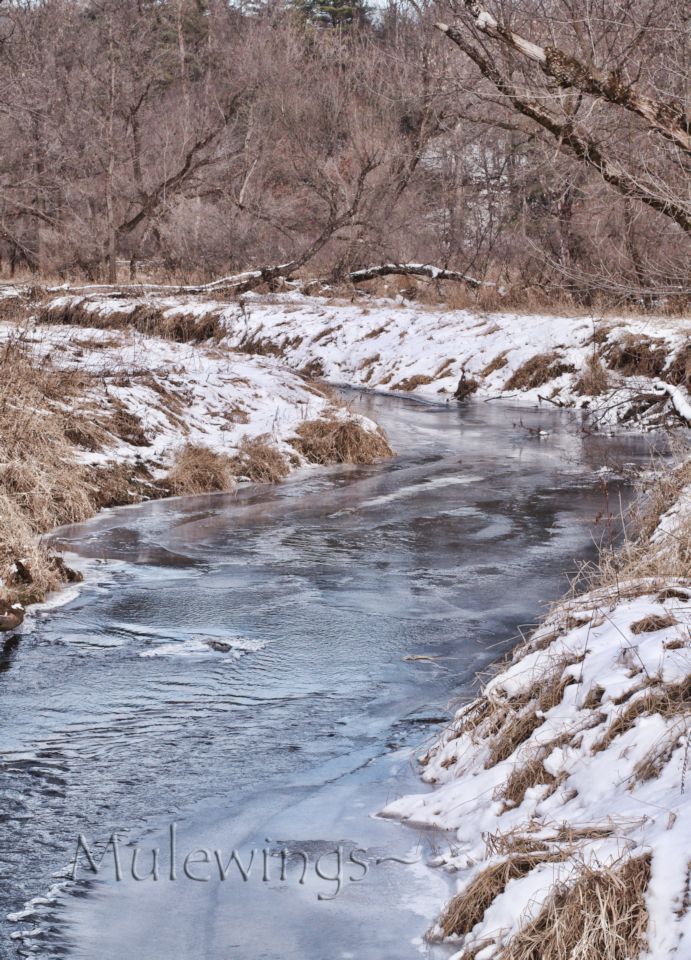 And the view towards the bluff. 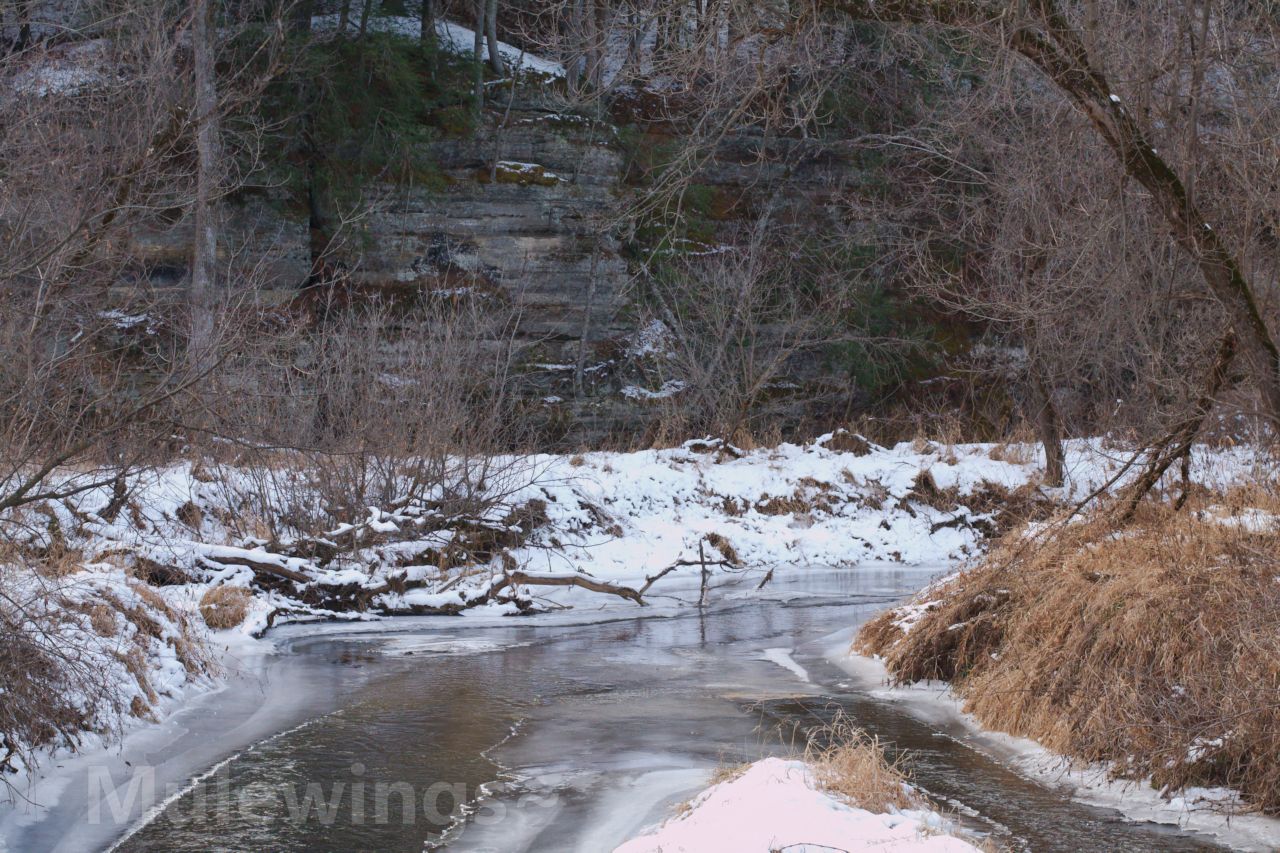