The Stall and This Old House

The stall is done! Finished!

Last night I put Fred and Mica [the elderly mules] in the stall for the first time. I was surprised that there seemed to be no fuss. They got to the business of eating. I'd given them plenty of hay and they each had a bit of sweet feed.
Our weather last night was to turn cold and snow/rain mix. This morning we do have snow on the ground.

In a little bit, as soon as it is light out, I'll give them their 'breakfast' and then turn them outside when I get back from CrossFit. 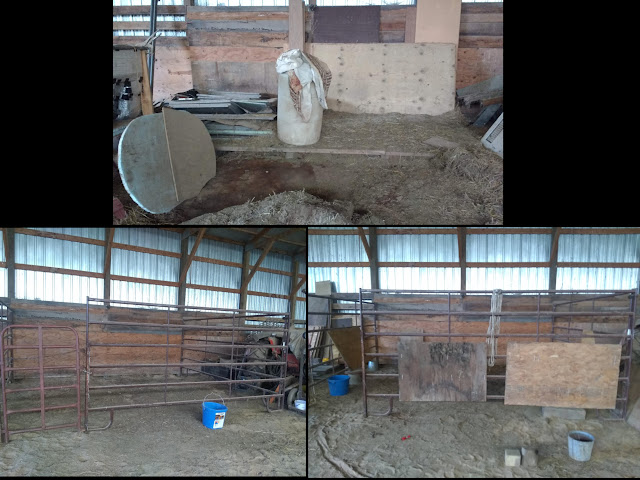 So there it is, not a masterpiece, but it is done. I put the plywood on the front and one side so that Fred will not put his head through the rails and try to lift them! Yes, they are heavy and anchored down, but Fred is Fred.
However, it seems he is content to be inside as long as he has company.

I have Amanda and Daryl to thank for finishing this up with me. The panels are heavy an awkward to move, but two people did it easily.
I learned how to use Rich's cordless drill and made holes in the plywood and zip tied them in.
I can add another skill to things I've learned this year!

On Sunday morning, I took my friends someplace different since the sunrise was just rather mundane.
I took them to the Abandoned House. 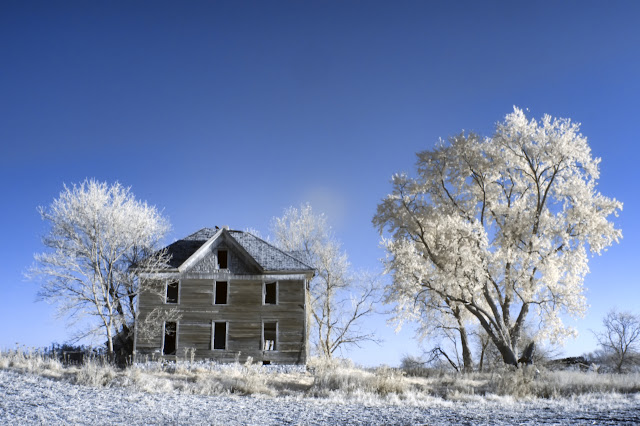 This looks like a winter shot but it isn't. It was taken in Infrared. 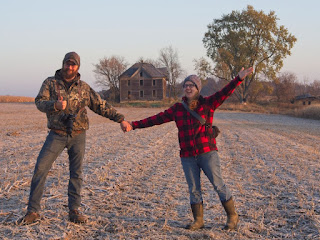 It was cold and frosty, however, here it is in living color with my friends acting as if they just found their dream house. 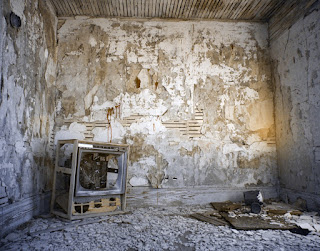 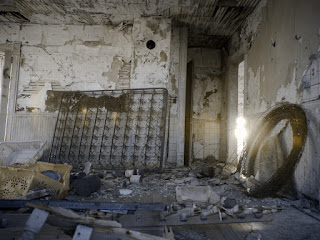 We walked around the house and peeked in the windows. The wrap around porch was long gone. In fact the first time I'd ever seen this house was at night in 1996 while Rich and I were coon hunting with our hounds. The dogs treed next to the house and we had to walk back to it. I have always wanted to come back and take a look inside since then. 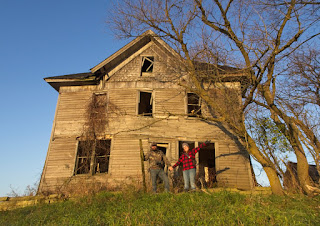 At one time, I think it was a pretty grand old house.

Added note.
When I got out to the shed Fred decided he'd had enough of the stall and proceeded to literally try and tear things down.
Hmmm.
On to plan B.