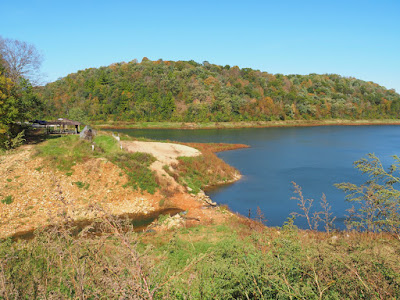 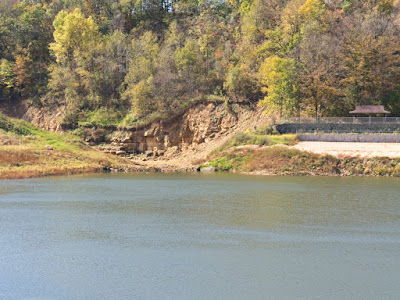 These are two views of the wing dam area that was breached by the storms last year.
I believe there is some debate going on as to whether or not this lake and dam will be fixed again.

I can say that this has probably been one of Vernon County's most popular parks. It has a picnic pavilion and below that it had a refurbished beach that was extremely popular with the residents of the county.

There was an upper trail and lower trail that was closer to the shore for those who wished to fish from the bank. Or in my case, hike along and look for turtles.

Now parts of the trails are missing and washed out. The upper trail is mostly intact but closed in some spots as the steep banks have large cracks in them and are deemed unsafe to hike on.

I wanted to hike from the wing dam to the north side of the Valley. It used to take Morris and I almost 2 hrs to hike the 3 mile trail. This trail was probably the most popular trail all year for runners and for those who had dogs. In the winter parking is at the top of the valley and a person has to hike in from the gate.

These are photos from the trail to the north end of the lake where the south fork of the Kickapoo River comes in. 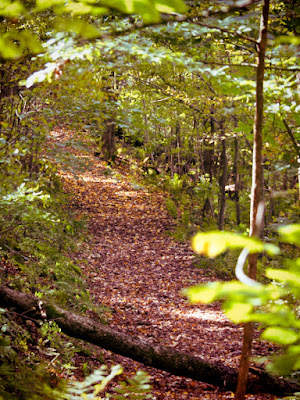 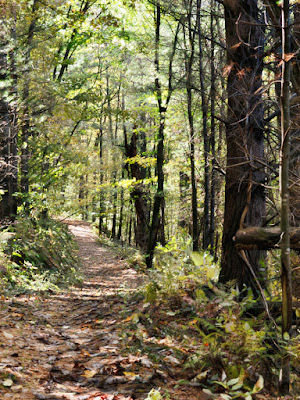 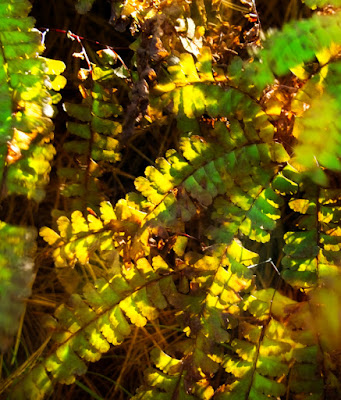 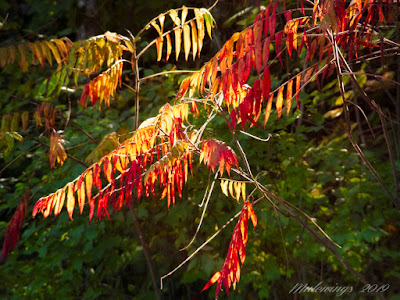 I'm happy to say that this trail is intact and one can go all the way around to the snowmobile bridge and cross the river. 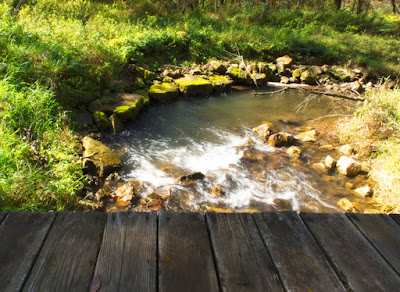 I turned around here and I will have to return to try the trail from the other side and see how it held up.

Half way around the lake there is a small trail that leads down to the shore. It used to be a popular spot to hike to and fish. Now it leads to the 'new' north end of the lake.
From up above it looks rather intriguing. It is river bottom now and not a lake bottom.

This is the place I really want to explore. There are a series of tiny waterfalls and places where the river rushes over the new valley floor that look very interesting.
However I didn't have time to go down and look around.
I knew that if I did, I'd lose track of time.

I made a mental note to come back soon. Hopefully later this week.

The unexplored trails are calling to me in my favorite park!