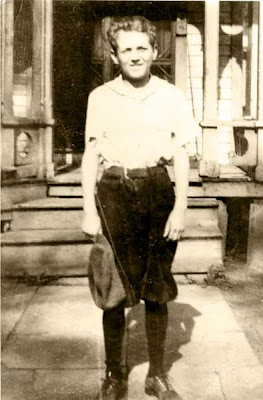 He was a character. A different sort of a fellow, I guess.
He had an enormous sense of humor and was willing to always help me with photography.

He came up with this wonderful pose of himself talking to a statue on a bench in Hawaii during our 2001 visit. 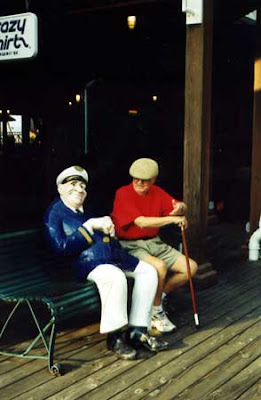 *Wouldn't it be quite funny if you took a photo of me talking with this fellow?* he'd asked, *People will think I'm quite dotty in the head won't they?*
Dad promptly sat down and began to appear as if he were talking with the statue.
Charmed and embarrassed, I took the photo.
At the time I was grateful that the streets were fairly deserted as it was early morning.

Another time we were watching a sunset near the very 'primo' Kona Village Resort...Dad asked that I take a photo of him.
He told me, *Make me look noble!*

He crossed his arms and took a stance.
Indeed he did look noble.

In 2000, when I visited him in the Spring [I think that date is correct], we went up into the Blue Ridge Mountains where he had me take a photo of him...
'heaving a rock'. 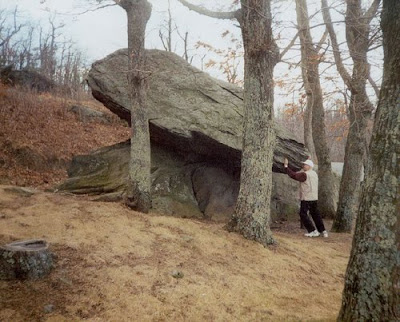 I wear that vest now. Dad gave it to me after that trip. He felt it would be used often by me.
Indeed it is. It is a vest with tons of pockets, perfect for a photographer.

I miss him.
I think about him often.
I wish often to speak with him and show him my work and what I have accomplished.

But, I think he knows somehow.

So here is to you Dad.
Better late than never, eh?
Happy Father's Day.
You look Noble!! 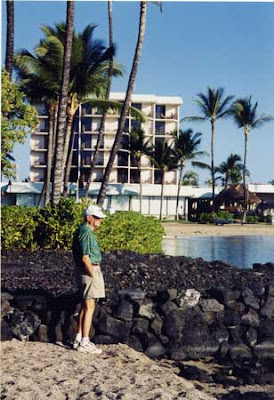