Of this and that 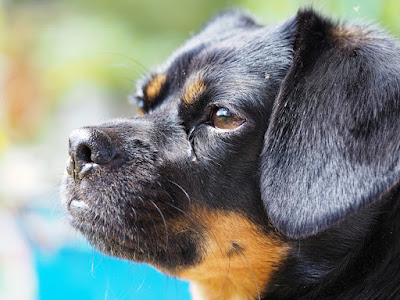 Well let's start out with a photo of Charlie who is so honest and so wise. He is the Zen Master of Calm unless he meets you for the first time. Then he is all wiggly and happy. He becomes calm again very quickly.

Here he is sitting and watching a vole hole next to the porch. He is listening and waiting. He doesn't kill the vole, he just observes and then sniffs at them to make them feel uncomfortable? 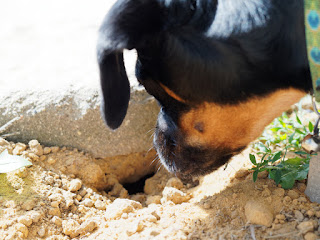 He sure can be focused. He will spend the afternoon like this. I wonder if he can hear them under the dirt? I know he has done that in other parts of the yard.

Around the side of the yard under the honey locust tree that is dying I found these Inky Caps. 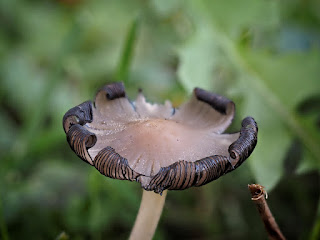 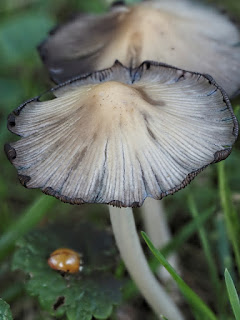 In a way they are kind of cool and interesting. Sort of ugly and beautiful at the same time. 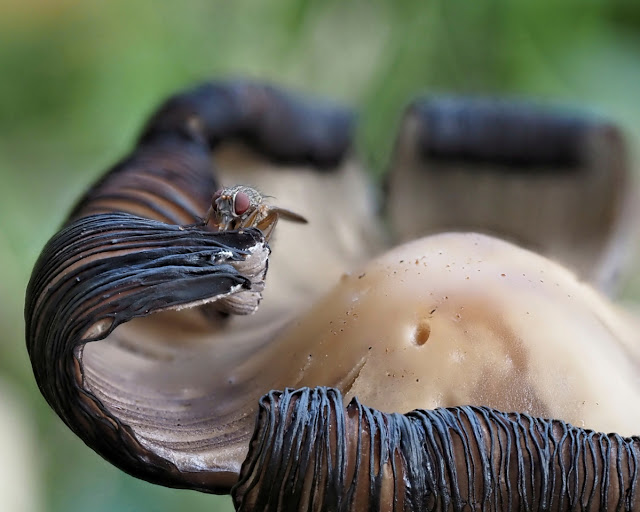 Look at the one above. There is a fly on it! What a surprise it was for me to see it when I opened up the image larger.
And then they turn into inky slime. Certain strange varieties can be eaten and certain ones are poison. People have collected the goo and make an ink from them too. Thus I suppose the reason they are called Inky Caps. 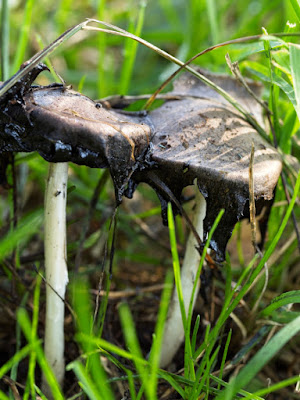 I'm going to hit some trails today and look for Slime Mold and other cool Fungi. September, especially a day after a rainstorm is a great Fungi month!
The colors are also going to be amazing.
If you live where the leaves change, go out and enjoy. 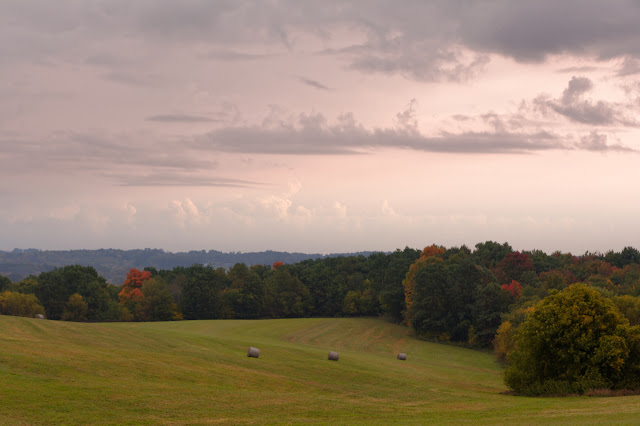