Hiking the Wintergreen Trail at KVR

I hadn't hiked this trail since April, so I wanted to get out and see what it looked like in the summer. Plus when my Grand daughter and I went, we stopped at the ice cave and didn't go all of the way to the end.

The trail is supposed to be only 1.5 miles round trip which sounds pretty easy. The hike itself is not hard at all if you are used to hiking. There are no terribly steep parts that go on forever. There is a set of stone stairs that seem to be almost hidden in the summer growth, but those are the steepest part of the trail. 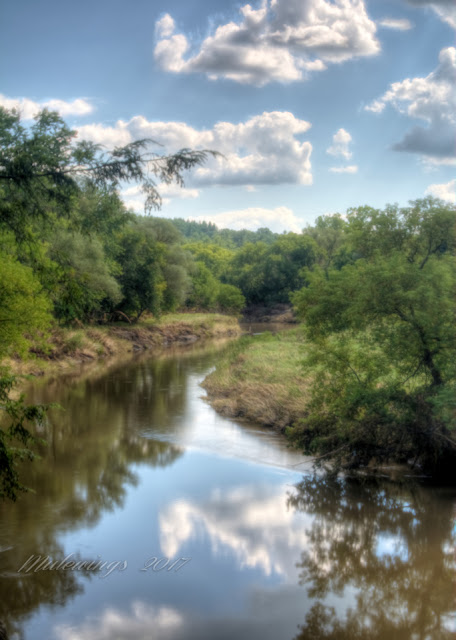 Here is the view we had in April: 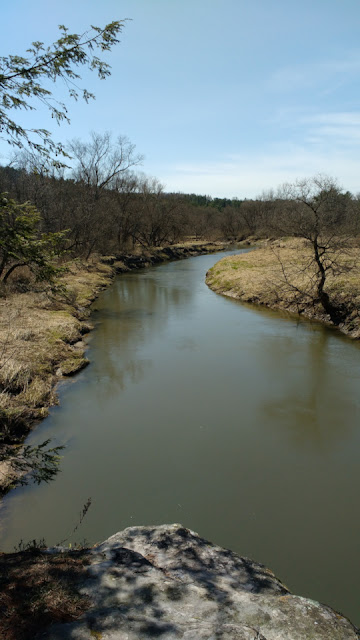 This overlook not hard to get too and I think by the worn down trail that most people stop here and go back. I wanted to see where it ended.

One of the things I knew I'd run into was bugs. Lots of bugs. We've had a very wet July and the recent flooding and heavy rains along with the warm and humid weather has been a real boost to the mosquito population.

They were pretty ferocious when I got down on the trail to photograph some incredible fungi I found alongside the trail. 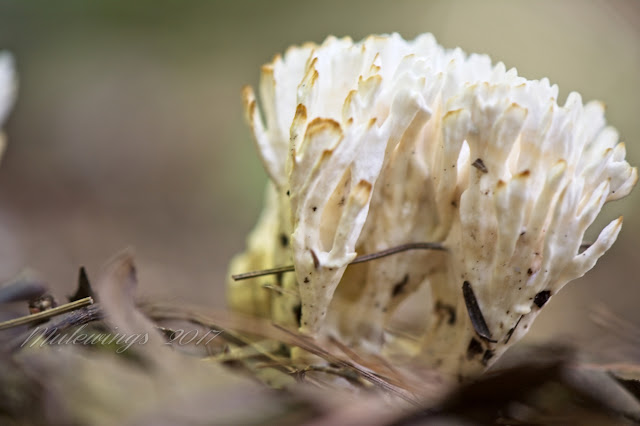 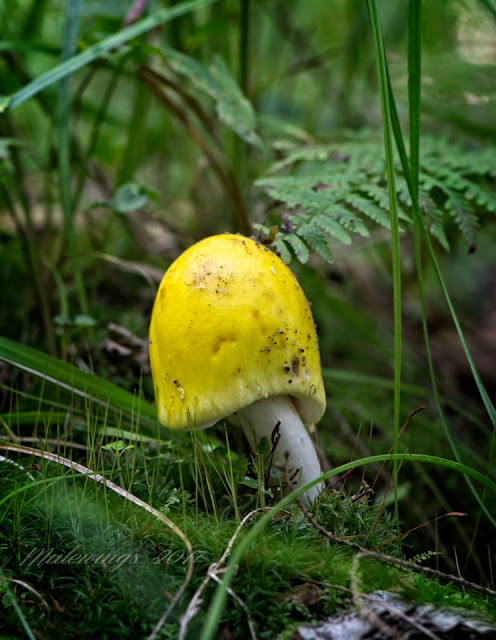 Unknown type of fungi or mushroom. It was very brightly colored and worth setting up the tripod in the dark woods to get a steady shot. I fought off buzzing mosquitoes to get these fungi shots. 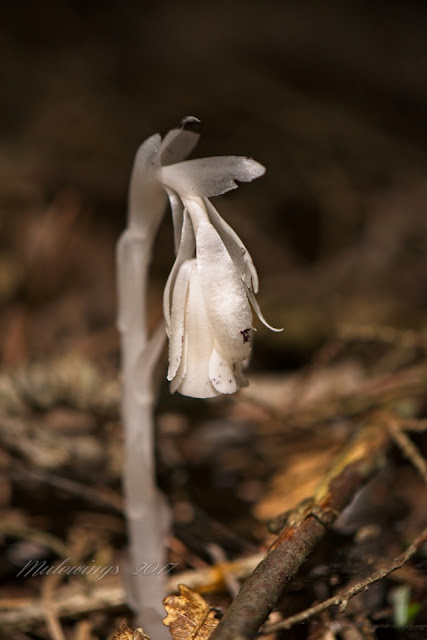 I was amazed to find Indian Pipes already. Normally I don't find them in the woods until later in August. However I found several spots where these were sprouting up. They are not fungi however and are plants that are related to the blueberry family and do not have chlorophyll which explains their white color and the other common name they are known by "Ghost Plant". 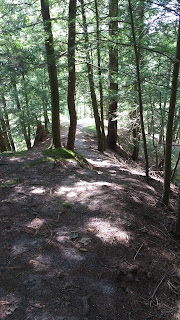 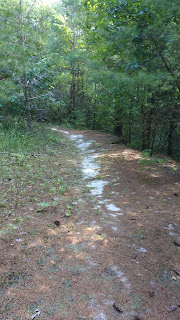 Once you find the stairs you end up on a trail that indeed is under a pine forest canopy. The trail is sandy and dry littered with pine needles. The walking is rather easy. 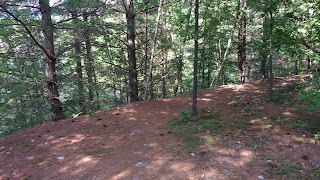 On either side of the trail, the bluff does fall off quite steeply. It is heavily forested and I wouldn't recommend going off trail at this point. 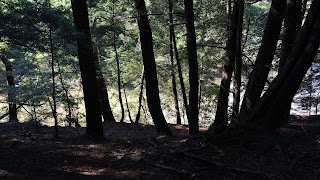 Here is the end of the trail. I can see where people have gone down the bluff to explore but I didn't feel it was a good idea to try it by myself.
At this point you are on another 'rock finger' so to speak. 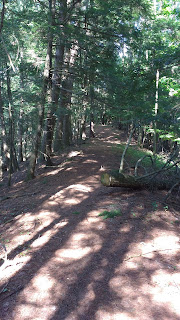 I was relieved to away from all the nasty buzzing bloodthirsty bugs and sat for a while at the end.

I will definitely do this trail again in the fall and  winter. I have snow shoes and ice/snow traction cleats that slip on over my hiking boots. Then I could say I've done the trail in each season.

Kickapoo Valley Reserve had something they call the KVR Trail Challenge. If you complete 20 Trail Segments you get some sort of little prize. I guess it isn't the prize I am looking for, it is the challenge of the hikes. With about 50 miles of hiking trails, I could easily get it done.

I explored the Reserve quite extensively by mule in the late 1990's while it was still run by the Army Core of Engineers.
I've changed over the years and now think a good challenging hike [with camera gear of course] is in some ways more fun. 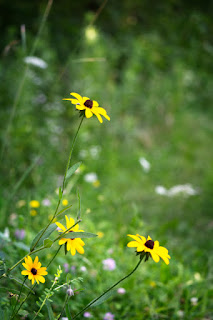 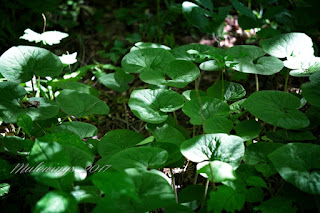 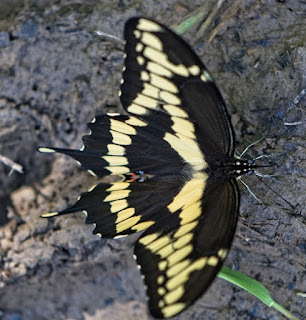 In my opinion, there are more chances to simply stop and look around when on foot.