I have water in my Outhouse Basement! 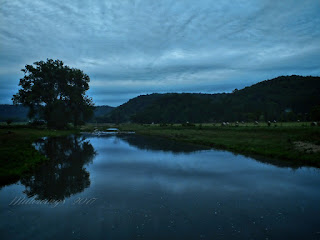 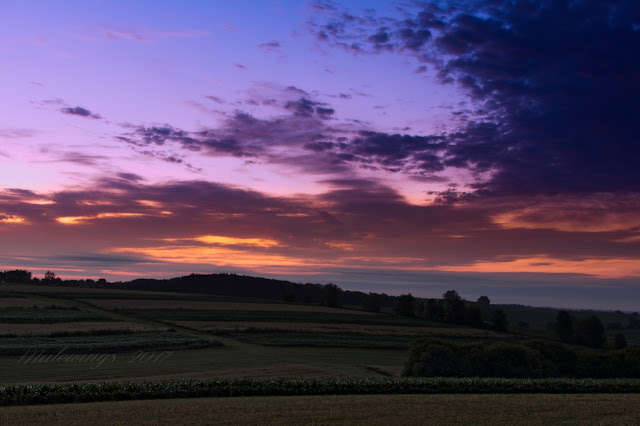 July 19th started out innocent enough with a beautiful incredible sunrise. I went to the ridge and enjoyed a brief flash of colors.

I drove to Black Bottom Creek and the clouds rolled in darkening the morning light.
So I should have heeded the old saying.
Red sky at Dawn
Sailors take Warning...

The sky had turned an incredible red before I got to the ridge.

And the saying proved very true. 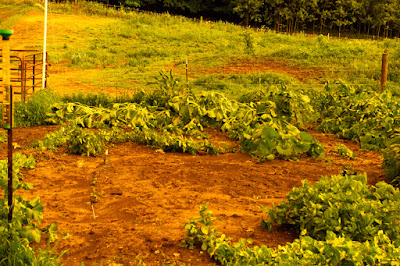 This was after the hard winds of perhaps 70 miles an hour raged through with 1.5" of rain in less than an hour.
However the sunset was stunning. 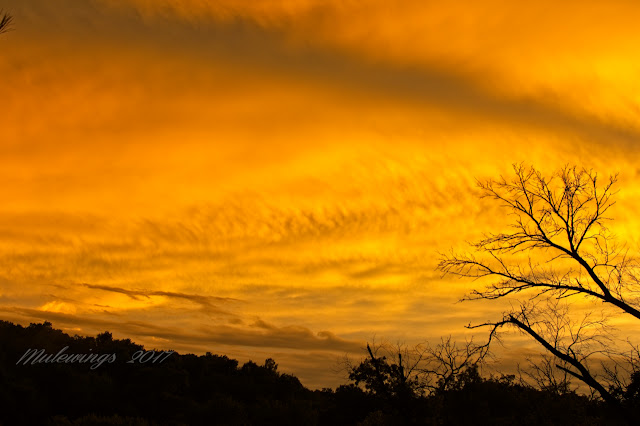 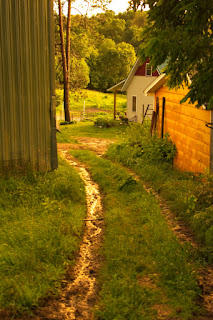 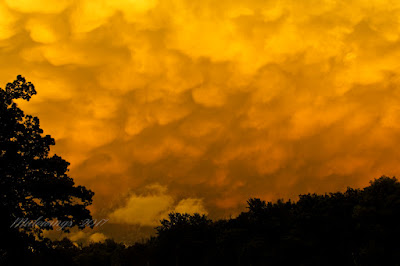 I received a warning on the Smarty Phone saying that more severe storms were on their way.

So I made a quick check of the fences and animals. The mules had gone down into the hollow and were fine. No trees were across the fences and the animals were quiet.

Then the next round came. And the NOAA noted that it would be a long night of heavy storms with heavy rain and lots of lightening.
They were not kidding.

The hail hit at about 3:30 in the morning. I'd given up sleep by then. I worried about the animals and wondered if the heavy rains would wash out the creek again.

I started to chore and noticed there were some limbs down and it appeared that a tree was over on the fence.
We had sort of expected something like that.
So I went to the outhouse which also serves as my storage for my nippers and machete.
I grabbed the nippers then glanced down into the hole.
It was filled with water.
The rain had come so hard and so fast that it ran down the hill from above and had come into the outhouse hole.
I shrugged. 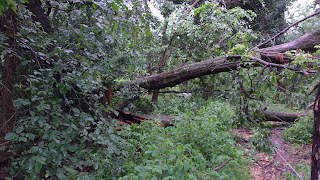 I did chores and checked quickly on the rest of the animals. They were all just fine. 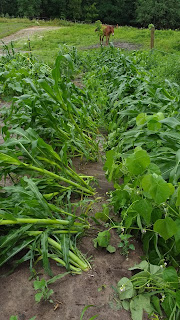 The garden looked like a mess but as of this morning the corn seems to be recovering and didn't suffer too much damage from the hail.

We were lucky. In McGregor Iowa a tornado had come through with the first storm and tore up that little historic town. The storm raged across the river and winds tore up Prairie Du Chein. So we were lucky. 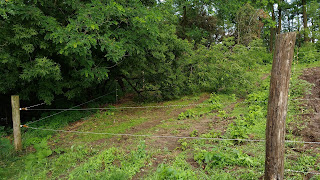 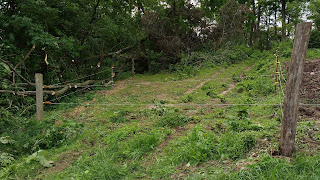 We finished up the day and have started to make preparations for the next round of storms.
Heavy rains, flash flooding, hail, and high winds.

Yeah. And there is still water in my outhouse 'basement'.
Posted by Val Ewing at 6:58 AM
Labels: after the storm, bad weather, garden, hail, heavy rain, July 19 storm, outhouse, sunrise, sunsets