One Photo, Many Edits

Here is the original. The morning had ground fog and sunlight filtering through the woods.

I took the shot and was so-so about how it looked. 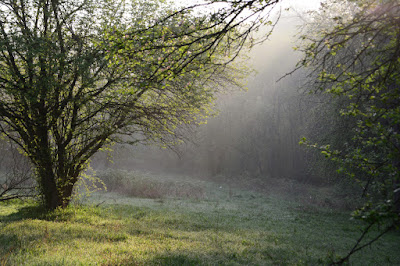 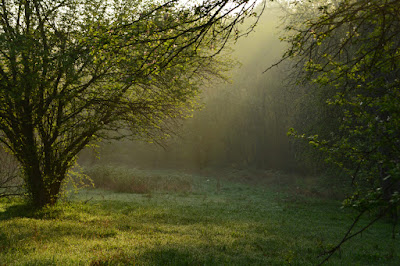 But I decided to take it a step further after adding some 'warmth' to it. 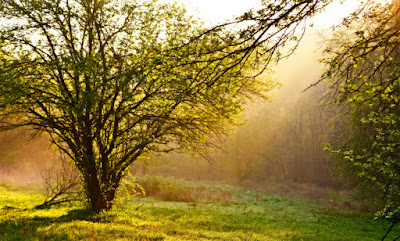 This is the uncropped photo.
It satisfied me and I left it be.

Then this morning I wanted something to mess with while I was waiting for the rain to end.

So I opened up the first shot again and dropped it into Topaz Studio. I used 2 layers of Impression, Monet, and another one. 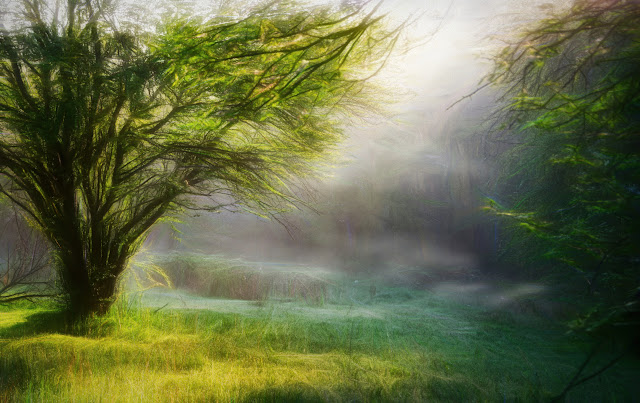 I added the mists that I'd seen with the naked eye and the vision I'd seen while squinting at the photo.

Then I took it another step further and opened up HDR Efex Pro HDR. 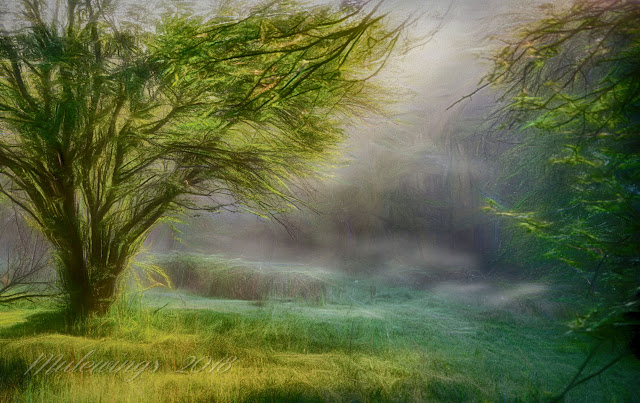 I settled on this look. The fog was incredible and moved along the tops of the berry briers, the meadow had an ethereal look to it that did not show up in the photo.

However, it had been a long time since I'd manipulated a photo so much.

Programs used. PaintShopProX7, Topaz Studio~free version, Topaz plug ins Simplify, and  Efex Pro HDR. In PSPX7 I was able to add the mists with a brush.

So there you have it. One photo with many edits.
Some mornings it is just plain fun to be creative.