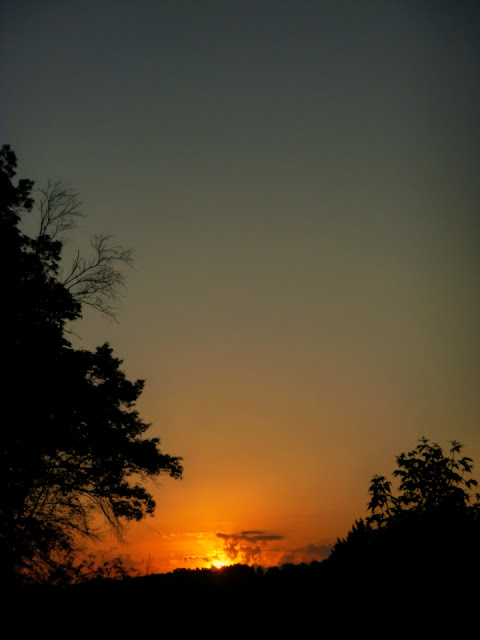 I like dawn. I like it even better with a pal. In this case my pal was not just a mule or one Charlie. 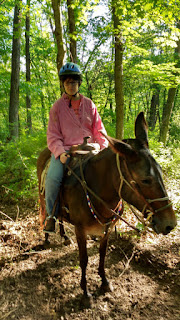 I took Ariel on her first 'rough' ride in the woods. This photo was after she and Siera did a mule slide into the creek. A big deal for Siera as she is pretty sure she doesn't want to do it and a big deal for Ariel who had to convince her it was okay. 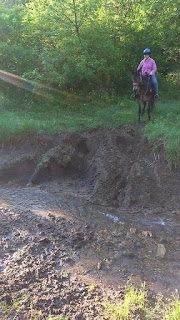 Everyone survived and Ariel got to test out her 'muleman ship'. Ariel didn't seem convinced that she did fine. I was on Sunshine who is rather ho hum about mud, muck, and sliding into streams. Siera is sure it is mule-eating mud. She will do it though.

We rode two early mornings and what can I say? It is fantastic to have a riding partner. We beat the heat, got wet from dew laced leaves and got to see the fog coming off the creek into the warm air. The trails we followed were deep in the woods and along the creek. We simply followed the 4 Wheeler's trails. [Apparently they are not allowed in there!] 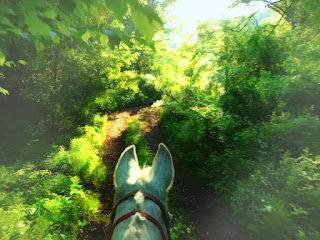 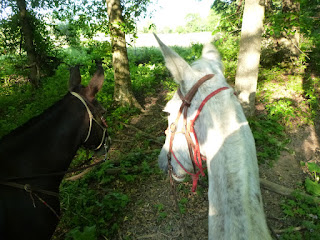 I rode Mica the second morning. We took the 'tough' trail out to the valley bottom and then used an old logging trail to head back home. 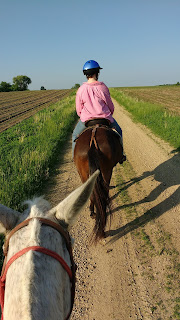 On a nice open trail like this Siera is the dream ride. Mica gets bored and seems to walk in her sleep.
No matter, we made two early morning rides and enjoyed them.

When I got back, I asked Dennis if he'd like to ride and brush up on his skills. He said yes. I gave him a boost to get on Siera and let him ride in the yard area. 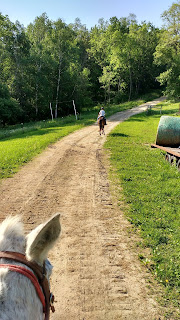 The kids are pretty darned good riders on well behaved mules of course. I wish I had a buddy that would come ride with me often.

Morris always used to run alongside Badger and I. Later after Badger passed over the rainbow bridge, Morris would come with Siera and I. He even rode with me on Opal.

We'd had a very busy weekend. Stepdaughter's husband had wanted some wood to cut and load so he was busy during the blistering heat on Saturday. We grilled hot dogs and had a nice supper in the air conditioned house. 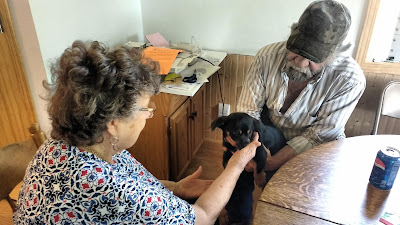 And...
of course Charlie makes for sweet moments. MIL thought he was so darned cute and Rich held him for her to pet.
And...
then there was this other Charlie Moment with Angel, the beagle. They grew rather fond of each other. 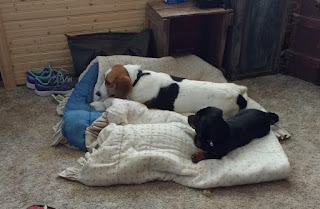 I've been working my fingers to the bone on the little gardens I have around the house. So much great dirt to work with! I'll catch up on that later.

Our farm friend stopped by, and yesterday I had to move the Dexters we are shipping to auction. We just can't afford to feed them and take care of them as they deserve. I kept the 'good' ones as forest foragers and they are just the right number of cattle to help keep the pastures in order.
More on that later too.

This morning I will see them off. Yesterday was an all day extravaganza of me pounding posts with a heavy post pounder, stringing electric lines and testing them.
The effort was worth it even if my hands hurt like the dickens this morning along with my arthritic sternum. The cattle are ready.

As soon as they are loaded and up the drive, it looks like I have MIL duties to tend to.

Tomorrow my Kenosha Gang will be arriving for the weekend. Charlie can get over his doldrums, I can wish that my house were clean after such a whirlwind weekend with the in laws and grands...however.
So much to do and it is delightful outside.

The locust trees are in blossom and the air around the house smells delightful. 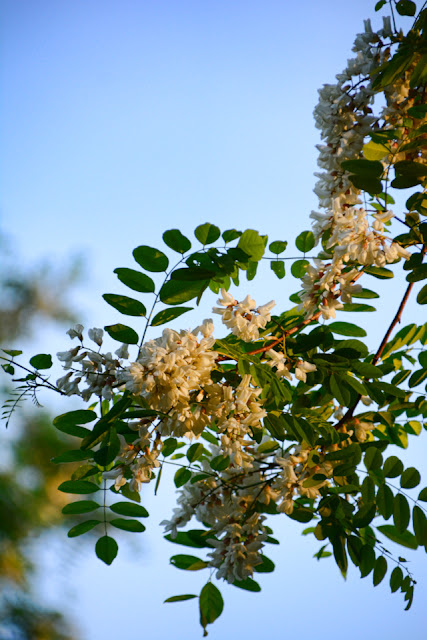