I have no idea why I keep having fun with these toys.  Okay, let me say that I do have an idea!
It started with an idea between my Grand daughter Ariel and I.  We would take toys out and photograph them and then caption them with a little story.

Well that grew and I added Trolls that I found, and a Skunk, a Dinosaur, a Buck, and another Doe.

I explained one day to my new neighbors about the ongoing Toy Saga of Doe.  Val Barbie ended up at my door one day delivered by Carson.

Next I borrowed a Poison Dart Frog from the kids. This week another toy was 'donated' to the cause.  Carson explained that he felt this Koala bear would be nice because 'it was realistic' and he knew that I liked those kinds of toys.

Friends of mine from Kenosha have also participated in the fun.  So, this story goes on and on with no particular end or direction.  It just happens with no plot.
And so it goes.

Val Barbie was getting concerned.  She called a secret meeting with her Secret Agents.
Kola the bear, Venom the frog, and Dear who has gotten close to Doe but hasn't convinced Doe to come back to her friends yet. 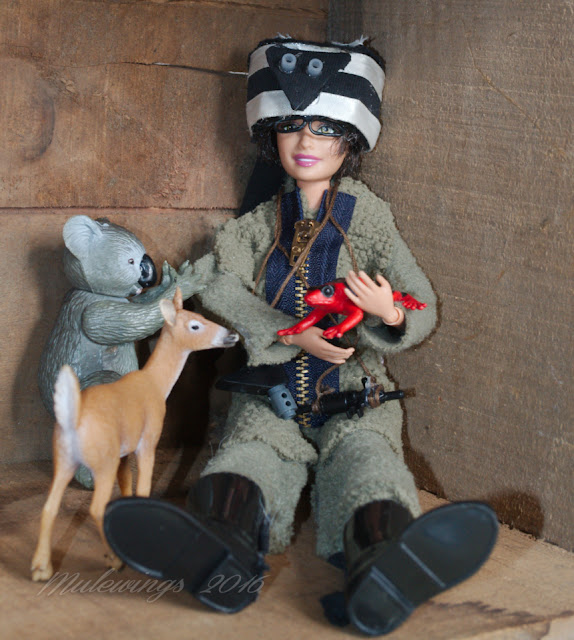 Dear, Kola, and Venom meet in the Dynamite Box with Val Barbie

Their mission should they accept it:  Seek out Doe, make friends with her and bring her back before the Maypoles come up!

Venom decides he won't use his Poison Darts on anyone.  He runs out to the creek to begin a search. 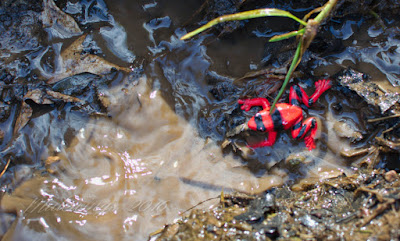 Checking the Creek, Venom sees no sign of Doe

Kola decides to do what he does best.  Climb something and watch. 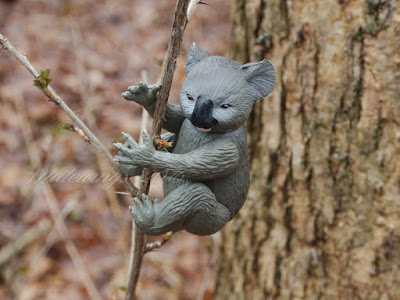 Kola observes from a Gooseberry Plant 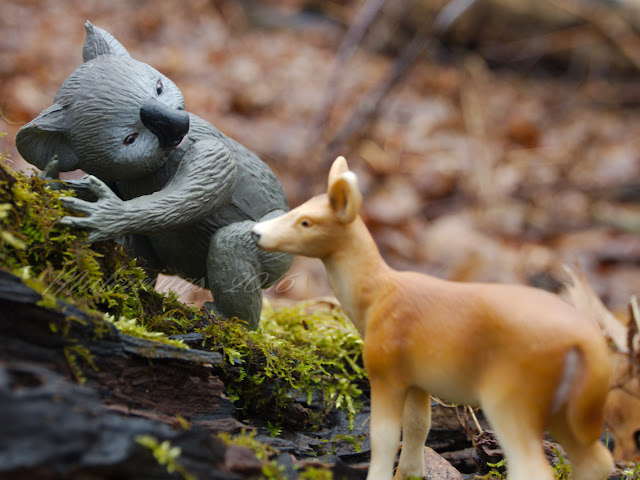 Doe spots and odd looking Bear in the woods.  She isn't afraid and walks right up to him.

Do you eat Does? asks Doe.
I only eat veggies. Says Kola.
Wow, I have a Dinosaur friend that only eats veggies too! says Doe.

Doe and Kola collect some maple tree buds and sit on a stump in the woods. 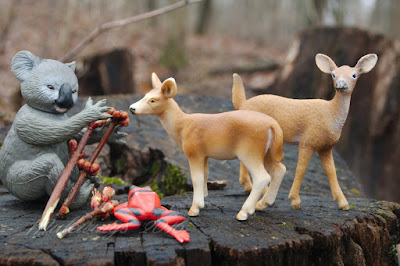 Doe and Kola meet up with Dear and Venom to eat maple buds.

Doe thinks about her other friends, Dino and Bo.  What should she do? She misses them.
Kola smiles so nice at her and says Maybe you can introduce us to your friends Bo and Dino sometime?

Doe does something she doesn't do very often.  She thinks about it. 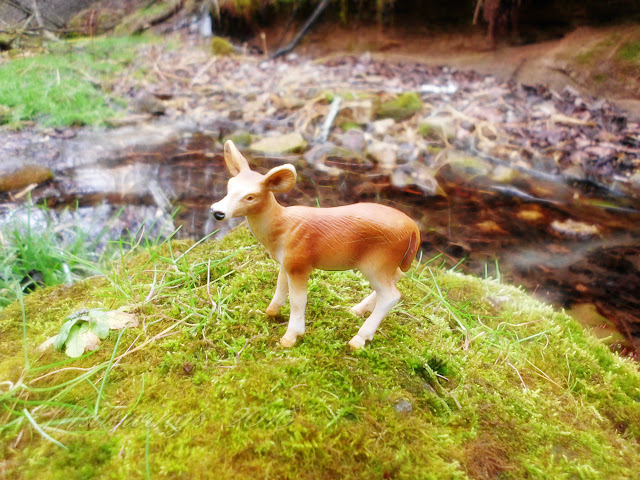