Hmmm. I was going to start this particular entry with something on the lines of Deep Thoughts. Nah.

I'm just going to have some fun here. I had a notion that it would be fun to go out on the cropland with Charlie and have a Tea Party with my Creek Teddy Bears. I grabbed Percy and Chance. I've had those two since 2018 and the Big Floods. I did find Percy 1/4 of a mile downstream in one of the first floods. 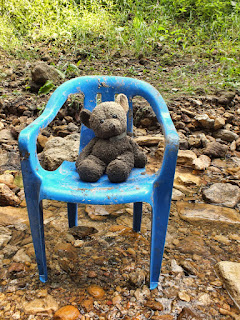 Now my Teddies stay on the porch unless I am going to take them out for Tea or some other playtime. Looking for them after the flood was pretty distressing. I mean come on, I felt responsible for them!
These two even got names. Percy and Chance. Perseverance and Second Chance.
Dumb, I know, but I thought they earned it after surviving that flood and being found again.
Chance...scrunched into a pile of debris further down the valley.
August 2018 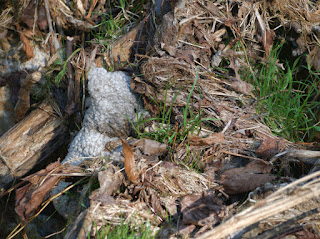 I have another Bear. He is larger than the other two. I really love his fur. This bear looks so lonely all of the time. Not sure what name to give him.
There, I got sidetracked again.
There is an area in the cropland that is an 'island of box elder trees'. The neighbor kids call it The Tunnel. I wanted to take the Teddies there. Sometimes I have an idea in my head and I just need to try it out.
I grabbed my Tough TG6 camera and the little Infrared Camera. Why not? I had a satchel of Teddy Bears and tea cups. I really didn't want to carry much more.
Heading up the neighbor's driveway to get out to the cropland.
Infrared with Charlie in the road. 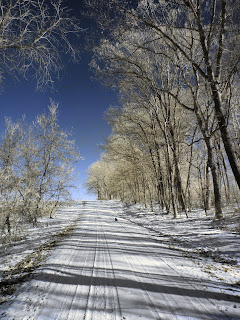 I couldn't resist trying the Infrared camera. I used the 665nm filter. IR works better when there are leaves on the trees. But I find colors still interesting with a channel swap in the winter. The oak leaves and some of the branches still reflect enough light to make things interesting. 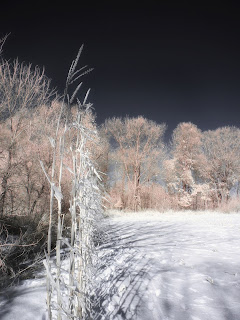 Below, original shot before
channel swapping
with my shadow. 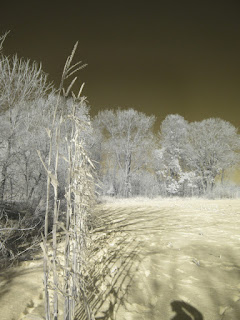 One of the things that IR does produce in the winter months is stunning black and white shots. The light refraction is pretty cool.
The Tunnel 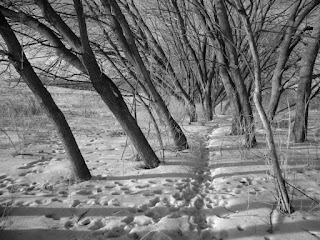 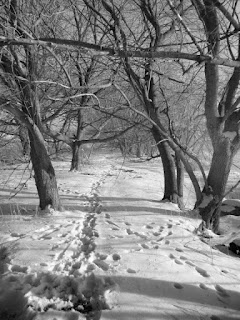 We haven't had new snow in over a week now, so the deer and other creatures have left the snowy fields full of tracks.
Oh what do I see?
Bears in a Tree! 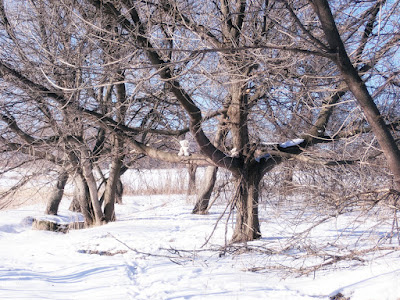 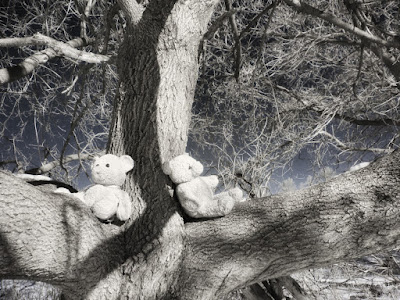 And yes, we do actually have a real bear or two around the area as well as many other forms of wildlife.
But these Bears aren't so Wild.
They like having Tea in the oddest of places. 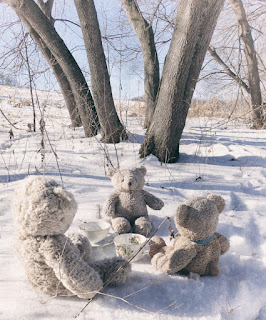 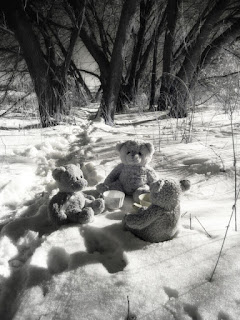 This lonely Teddy was waiting for someone to show up.
All alone in the field. 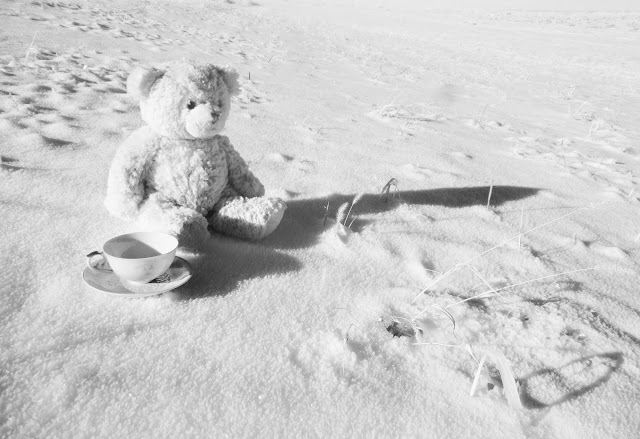 I think I'll bring Chamomile Tea in a thermos next time and sit with him.