For my work out of the day...yesterday, I was supposed to go out and power walk or jog and see how far I could go in 30 minutes.

So I grabbed my lighter sweatshirt and Charlie and we headed off with my phone on a map my hike app running. I had my little camera with me and decided ... you know... just in case....

So an hour and a half later, I'd actually covered over a mile. But I had spent so much of it peering into moss covered logs and crawling around mule dung, rotten wood, and searching under leaves.

Cool huh? Velvety Black Earth Tongue Fungi. Eww. I saw these last year and wondered what they were. This year I went to Mushroom and Fungi book to look them up. 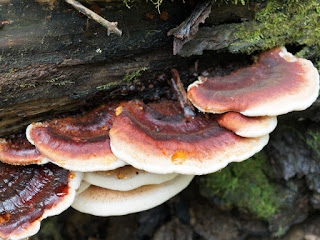 Red Banded Conch. On the same log but on the underside. By the way those little fungi from my last outing? They are on this log too! I counted 4 types of fungi on one log! 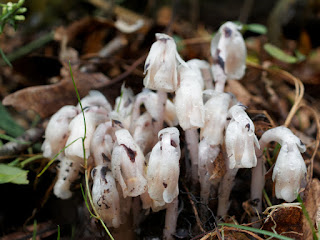 While not really a fungi, these Indian Pipes are often mistaken for them. They are of the blueberry plant family and are white as they have no chlorophyll. 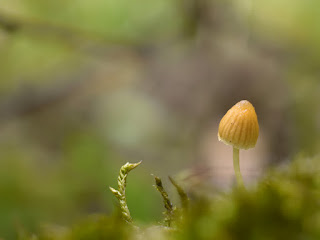 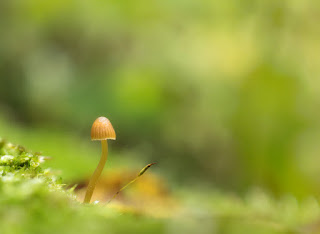 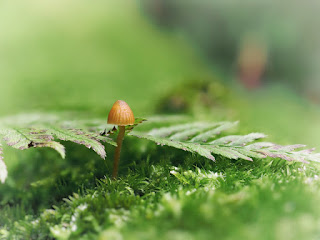 I have no idea what these little ones are, I will have to go back and see how they change! 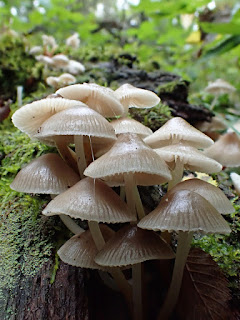 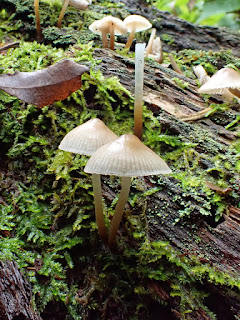 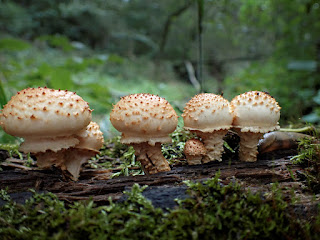 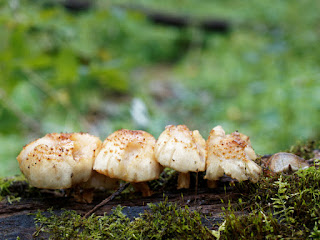 I don't know the ID of these either, but I am working on it.

The top photo was taken on Sunday. The bottom was taken 5 days later.
And there still is a slug at the end of them!

Oh and for the workout? Guess I'll have to have a Do Over!