FujiFilm Finepix camera [all in one none DSLR].
Many folks don't believe you can take very good shots with anything but a DSLR.

I agree a DSLR is great.  But my one drawback I have found while hiking is that I either choose to bring only one lens and have often chosen the wrong one to use.

I'd sold my FujiFilm FinePix S1500 a while ago [very cheaply to a friend so his daughter could experiment].  Frankly, I missed that camera which allowed me to go from one 'lens' to zoom lens with a flick of the finger.

It was one of the first digital cameras that was made this way.  I figured that improvements had been made in the past 6 yrs.
I was correct.

This camera at first glance looks and feels like any DSLR.  It has heft to it and seems to be built quite sturdy.
Never having to change the lens and yet having the 24-720 zoom range is, to me, a huge plus!

I don't get caught without the wrong lens in the woods, or have to drag more than one lens along and try to change them in a hurry.

I can do super macro and lay the camera on the ground and use the tilt screen to capture my image.
Yeah, that it super cool!
Macro: 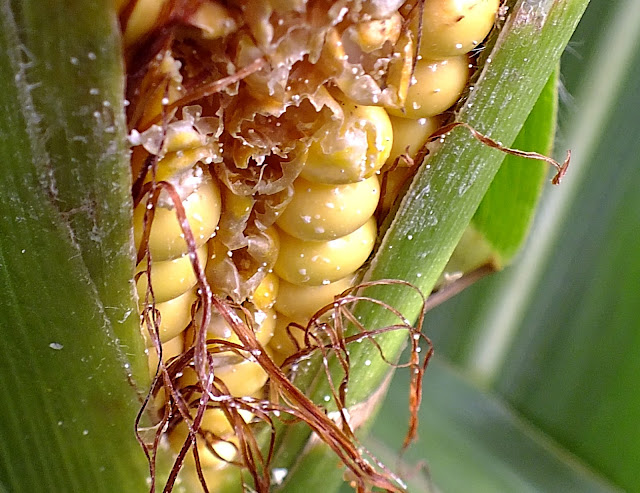 Colors:
Shot in Auto mode zoomed into the bush... 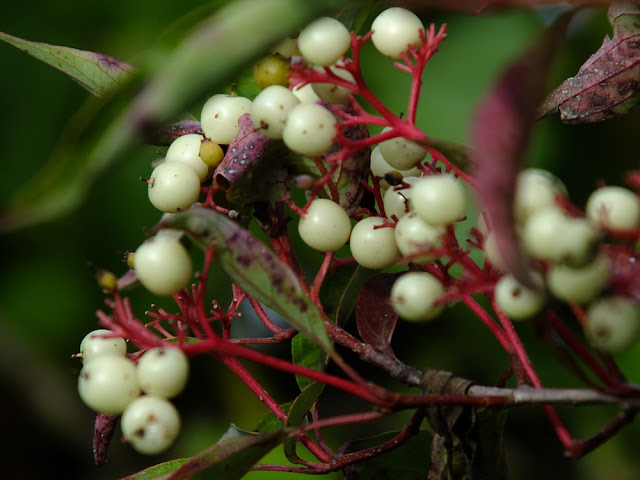 B&W mode of the ridge where we walked: Landscape mode using the tilt screen while laying on the ground: Conclusion:
This camera has a lot of potential that I have not even tried yet.
It also has a one touch button to record movies.

I'll be trying this out in more ways.  One of the features I do like about it, is that you can take hand held 3 exposures without a tripod and do a fairly good HDR.

Most of the shots taken, though could use a tad bit of post processing.  But the average user can get along fine in the auto mode.
There are many functions to use.
It'll take time for me to get through them, but getting around the menus are not too bad.
Just takes time to get used to them.
Posted by Val Ewing at 9:07 AM