If you live where the fireflies come out in the summer, you need to stay up late to enjoy the Dance of the Fireflies.

Fireflies are beetles that fly and they blink and glow to attract their mate? I guess. All I know is that I don't have the opportunity to share this special show often to guests. Timing is everything. Temperature, humidity, time of year, it all depends on those neat little beetles.

This year I was able to share with my Kenosha friends, the Dance of the Fireflies. The first night we had some amazing views. Fireflies, Lightening, and stars all in the same sky. 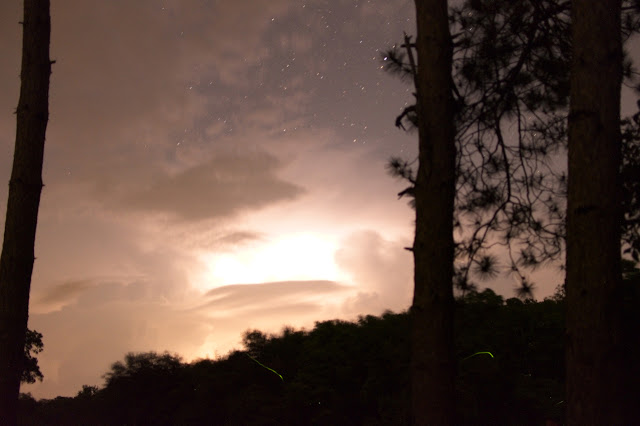 The shot is blown out from the lightening, but look above the bright spot. There are stars! In the black area, there are streaks of fireflies. I doubt I may ever see something like that again. 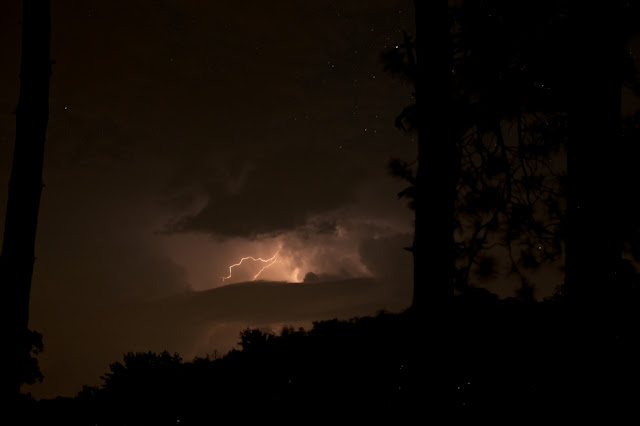 The storm circled around us and headed east. We oohhed and awwed at the sky show and alternately turned to the west to watch the fireflies glow and fly.

I woke up at 5am which is my normal wake up time. The day was going to be super hot but it was Amanda's birthday and she wanted to go for a ride.
I took them out and we went riding just after daybreak. 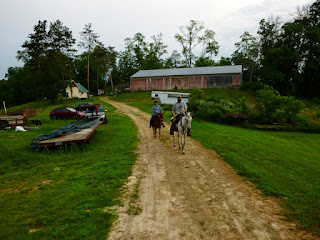 And we rode. I took video of our ride Daryl got some great shots, but mostly I concentrated on making sure my guests were properly mounted and were ready for the obstacles we encountered. That is my backside taking them down the camp road. 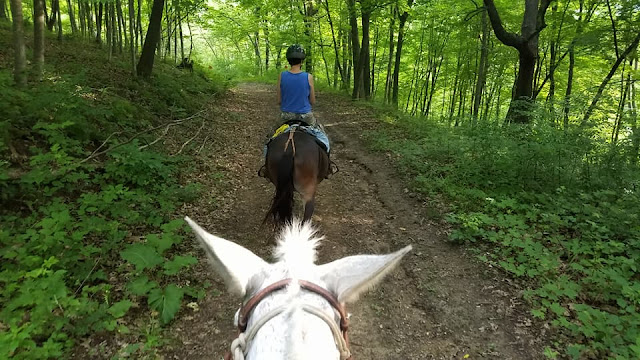 I took them out the ridge first and then down into the 'rough' stuff. Mule slides, ditches, climbs, brush whacking, and branch dodging. I was afraid they wouldn't like it so we stopped to give the mules a breather and I asked.
"So...are you guys okay with this?"
"YES! Awesome!"
As we put the mules away afterward I offered them a second ride on Sunday morning.
Yes. Yes!
Most of the time when they visit, we try to go somewhere cool to do a sunrise photo shoot together.
It was set, we'd ride again on Father's Day.

The rest of Saturday was fun. The adults took naps and I went with the girls to visit the neighbors and see the baby goats.

The girls and I set up a bean bag game that also served as 'ladder ball' and another toss game to be played later.

The Gang wanted to go to the creek and so we went and spent a couple of hours in the creek bottom. 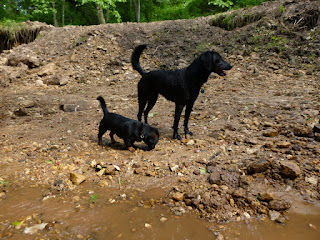 Big Dog and Little Dog played themselves out chasing each other. Scout played so hard. He is not a quitter. Charlie on the other hand would walk over to me and try to crawl into my lap for a rest.
We stacked rocks, and Daryl went off to explore and get some 'quiet' time. It was amazing how nice and cool the creek was. I don't think anyone wanted to leave and go back up the ridge road to the farm.

But chores had to be done and we were getting hungry also.

Everyone was sleepy after we finally had birthday ice cream cake. I was stuffed. But it was time to try out the games. The competition was fierce. 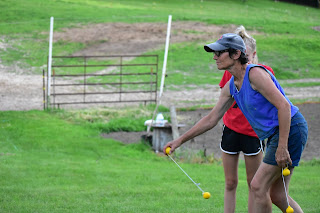 Photo of me in the blue by Daryl Clausen 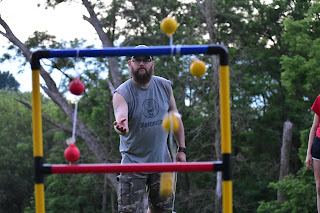 Then the Fireflies started to put on their show again. This time I walked up the driveway and looked east towards the meadow.
I was astounded and called out to my friends. They in turn were amazed also and Daryl went and woke his girls up so they could come and watch. 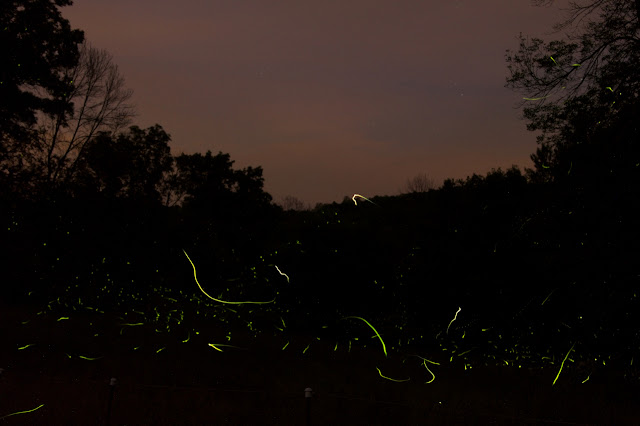 And we were again transfixed by the incredible show of what my friends' called Nature's Christmas lights.

We went to bed, as we wanted to ride out again in the morning before it got too hot.