So I felt like total awful certain crap yesterday. Last night was even worse than I thought it could be.

But before I got to where I decided to do what another blogger suggested, let me tell you what I did to entertain my clogged and fogged brain.

I decided to do some Still Life in the afternoon after taking care of chores most of the morning.

Hubby is still on restrictions from surgery and the weather forecast said that we'd be getting warmer and we'd have rain coming. The mud in the driveway and the lanes were still a bit frozen when I got Rich out of the house and told him to get busy with the skid steer.
Good thing I did! If we'd have waited longer it would have been impossible to get in and out of the Dexter Cattle Winter Lot.

I like carnations. I love buying fresh flowers when I don't have them to bring in from the garden. Recently I've tried other bouquets than just carnations. 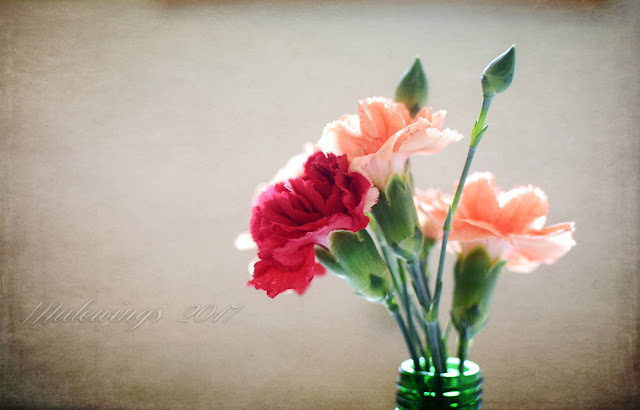 Backlighting and soft focus taken in the upstairs spare room with just non direct light coming in the window.

After lunch I watched some videos regarding photography. One can always learn more. This series was regarding lighting and a subject.
The guy I watched is Mike Browne and he is so enthusiastic about what he does that it actually inspires you to go out and try things. I actually learned quite a bit more about lighting and how to use natural light.

I didn't have a 'model' to try it out on so I used myself.

Did I ever tell you that I hate myself as a model? My skin is aged and abused. Fine lines and wrinkles work well on a man, but I have both plus many freckles to contend with. 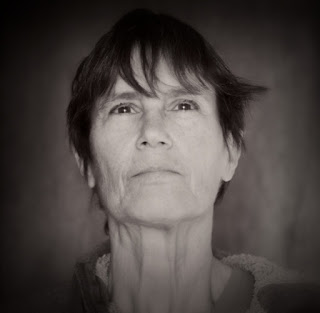 Oh yes, this is me with 'bad hair'. But I took my glasses off and backed into the very short hall way allowing the light to come in diffused and not from the side. It softened the lines on my face. I see that a turtle neck or even perhaps a nice pretty scarf would be in order to hide the old 'turkey' neck!

However after seeing my hair was such a mess, I set things up again, donned a cap and tried some more, this time using a speed lite to bounch off the ceiling just in front of me. 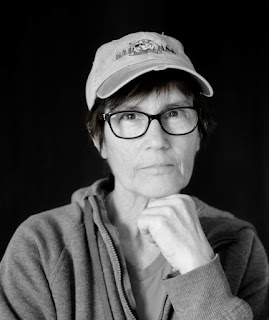 Now this is me. I normally run around in an old sweatshirt and ball cap. That is how I dress for farm life.
And I like how the flash and natural light sort of fade my finely wrinkled skin.  Amazing, I didn't think the 'hand' would look good, but guess what it covered up? That ugly neck!

So I decided to have a bit more fun. I got Morris involved. 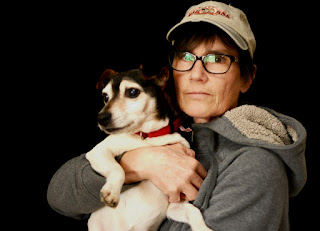 I actually like this shot except for the fact my glasses reflect the light coming in from the bedroom window.
Alas, I'll have to figure that out! 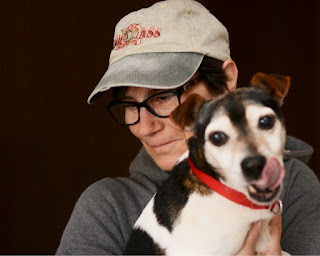 He is licking his lips because I used bribery in the form of a dog cookie to have him come upstairs and leave his comfy place on the couch.

Now I have to figure out how to get both him and I in clear focus. I believe I'll have to change the f stop.

It is going to be pleasant today, so perhaps I'll try some shots outside in the fresh air.


And thank you to my blogger friend Lori Skoog for suggesting that I steam my sinuses! Yes it helped!
Posted by Val Ewing at 8:25 AM