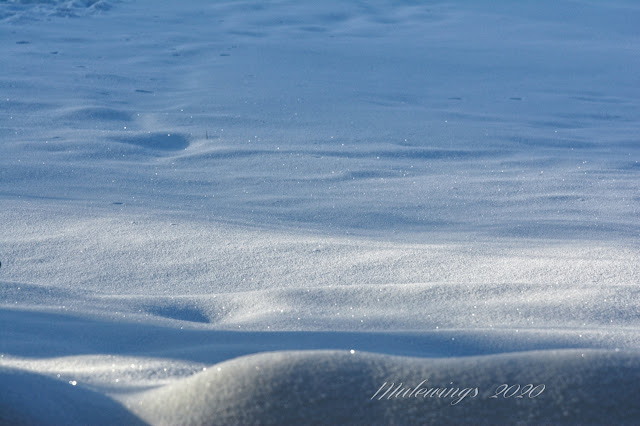 I adore the morning after a snow when the temperatures are frigid and the snow crystals glisten.
Snow Diamonds.

I'll never get those words out of my head. Yes, I think Dad each time I see them. He'd once asked me to take photos of them for him.
He was going blind at the time from macular degeneration.

But I always seek Snow Diamonds... 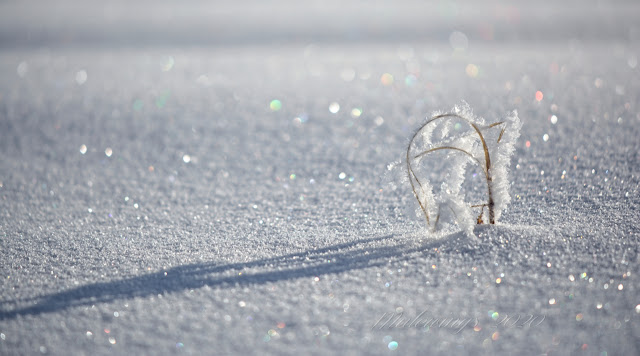 I live for these mornings. When the atmosphere is heavy with moisture and there is no wind.
The Hoar frost arrives and turns the world into a delightful place of reflecting lights. 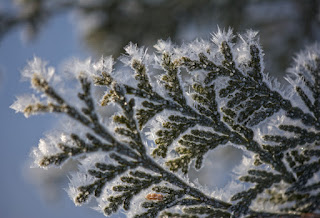 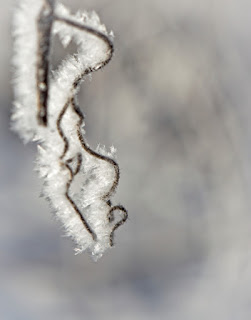 Things look so magical with frost on them!

The morning light was magical on the snow. Charlie and I took a quick morning walk and went to do the chores.

Rich was still complaining about his stomach hurting. I asked pointed questions to try and help him figure out what was bothering him. It ended up with him telling me in a fit of anger to 'shut up' and get out.
Of course I think part of the issue was his inability to articulate what the problem was as much as deciding that my questions were nagging.
I handed him a sheet of paper that has the VA's phone number to the nurse's line and after I took all of his vitals [normal], I let him be while I took Mr. Charlie for a hike.

That dog does love snow! 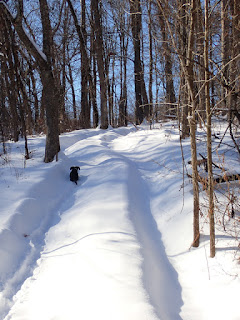 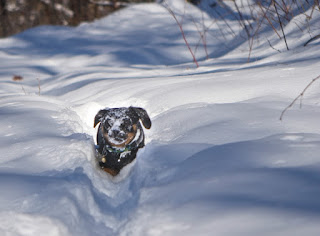 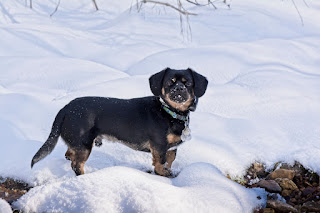 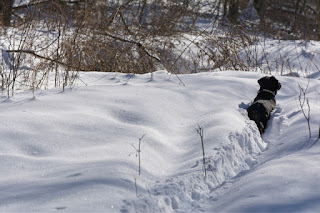 Late in the afternoon, I fired up the Dreaded Skid Steer and cleared the parking area on the north side of the house. It is just yard, but in the winter it is nice to have it plowed out so I can bring groceries into the kitchen instead of walking around the house.
It went okay as far as driving the Beast goes. I got brave and did a little more touching up but didn't go hog wild. I need many more hours with the Beast before I could ever get proficient at it.

We are supposed to get some more snow later this week and the wind chills are to drop into the way below zero range.
Perfect weather for snowshoeing in the valleys.
Posted by Val Ewing at 1:42 PM